Philadelphia Artist Collective’s’TIS PITY SHE’S A WHORE is running March 28-April 14, 2019 at Philadelphia Boys and Girls Choir 1336 Spring Garden street, and I was there to sketch it. 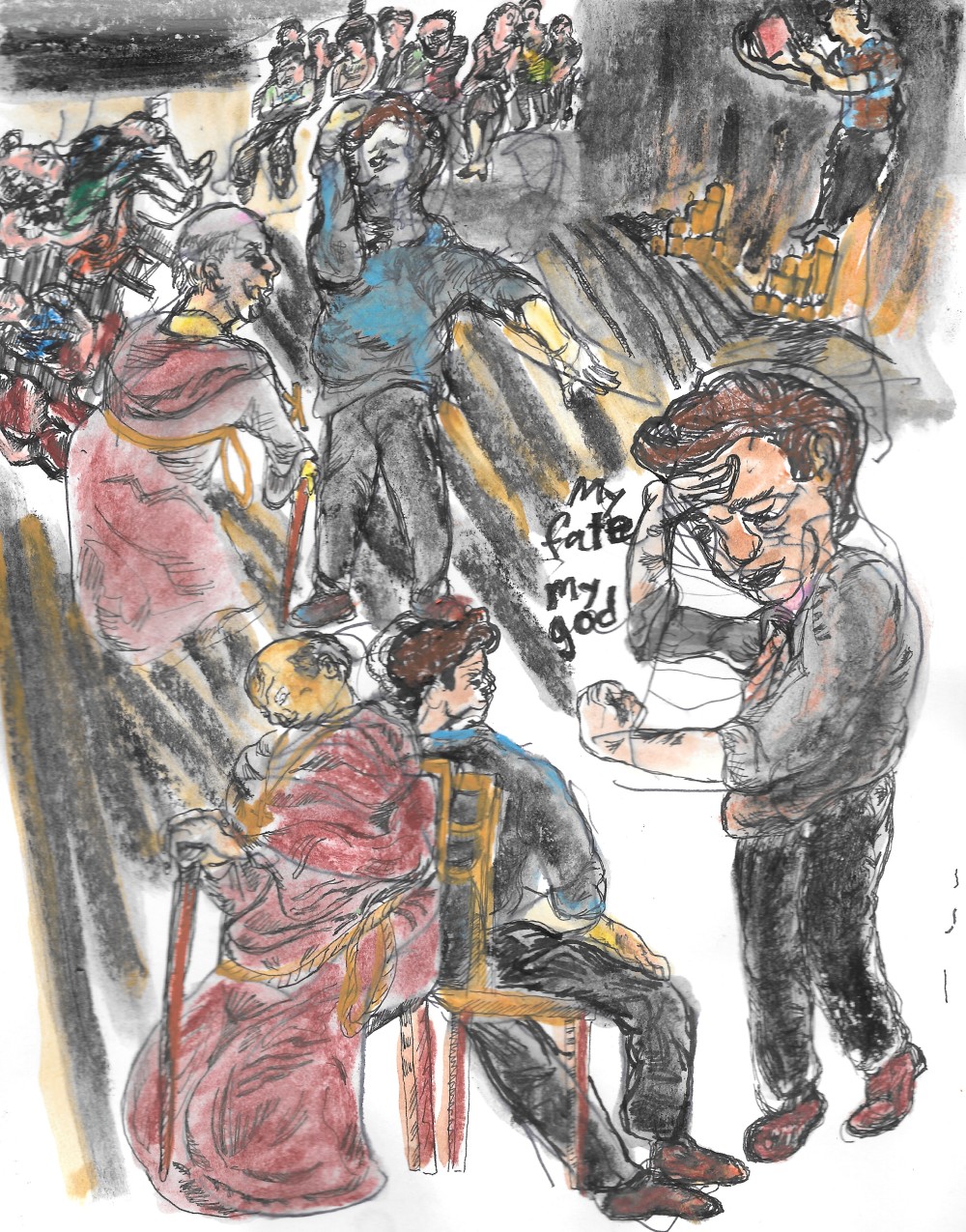 The stage is reminiscent of the good ol’ days at Broad Street Ministry, and the drama and candle light captured the deceived and tumultuous craving for human connection. John Ford’s Giovanni and Annabella depicts a ferocious humanity, based on matchmakers as they dealt in political religious dilemmas in 1630. The lawyer-like Parma citizen, played by Barrick Monroe, and Father to the insidious brother and sister, played by Nathan Foley, stand to the side peering down on the drama like hawks. Momentum was quickened in the middle of this heralding circle representing a Caroline England transitioning after the golden reign of Queen Elizabeth I.

It was exciting to follow the beginnings of this tragedy, and we found no redeeming qualities which would have ruined the clash between citizens, lovers, servants, and Friar or even the Pope. Must we remember that last words from our friar, played by John Lopes, “take up the bodies and give all the jewels and gold to the church.” This ascertained for the whole dismissive satire of morals for the sake of relating to the powers in hand. John Ford’s fiery witness to change separates the conflict from the class of servants or masters alike, as they watched their faith and love interests expose a societal ritual.

I knew there was something funny about Putana, the italian word for “whore” and for the most part, Ebony Pullum was tall and beautifully coordinated because the performance in the round allowed for a harbinger of characters to look into the depth of the space.The costume design, by Millie Hiibel, was solid and made a cast dressed in high fashion. Especially, Annabella, played by Stephanie Hodge, and Philotis, played by Amanda Jill Robinson, drew together segments of passive moments in fashionably light night gowns and summer dresses. The true religion and the true reality was fashioned around the woman’s attraction and the suitor’s rivals. 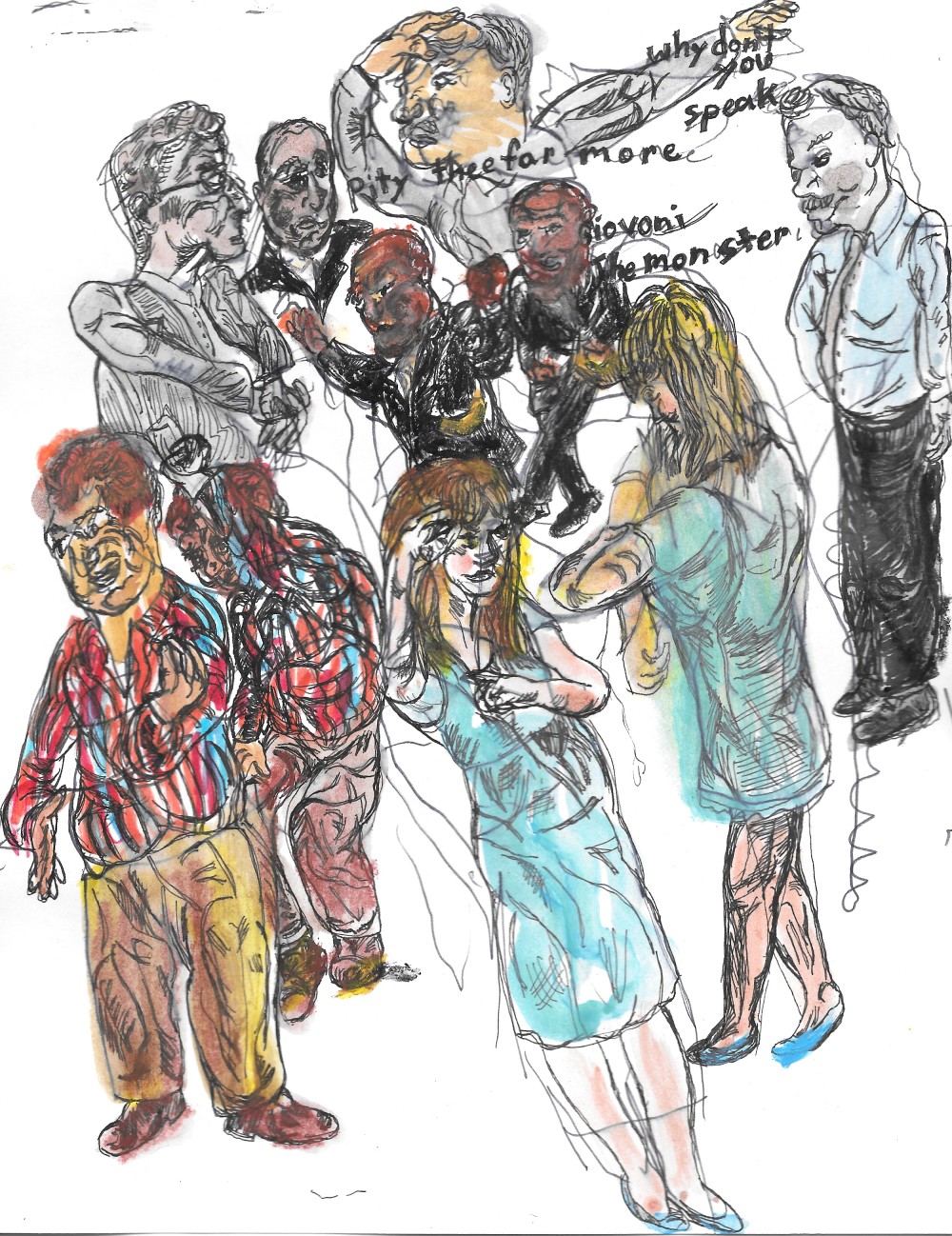 The melodramatic divorced and widowed Hippolita, played by Annette Kaplafka, taunts the men, Pullum’s Putana squirms at the consequences of such a reputation, and Annabella’s blood feeds the crazed men. Giovanni, played by Trevor William Fayle, hands over Annabella’s heart to Soranzo, played by David Pica in more ways than one.