A dog, a mystery and a curious mind! Austin Nedrow steps into the inquisitive mind of Christopher in The Curious Incident of the Dog in the Night- Time. His character is brilliant but sees things differently. As he investigates the death of his neighbor’s dog, Christopher takes us on a journey of life altering truths. Nedrow is making his Walnut Street Theatre debut in the show, which is based on Mark Haddon’s best-selling novel. 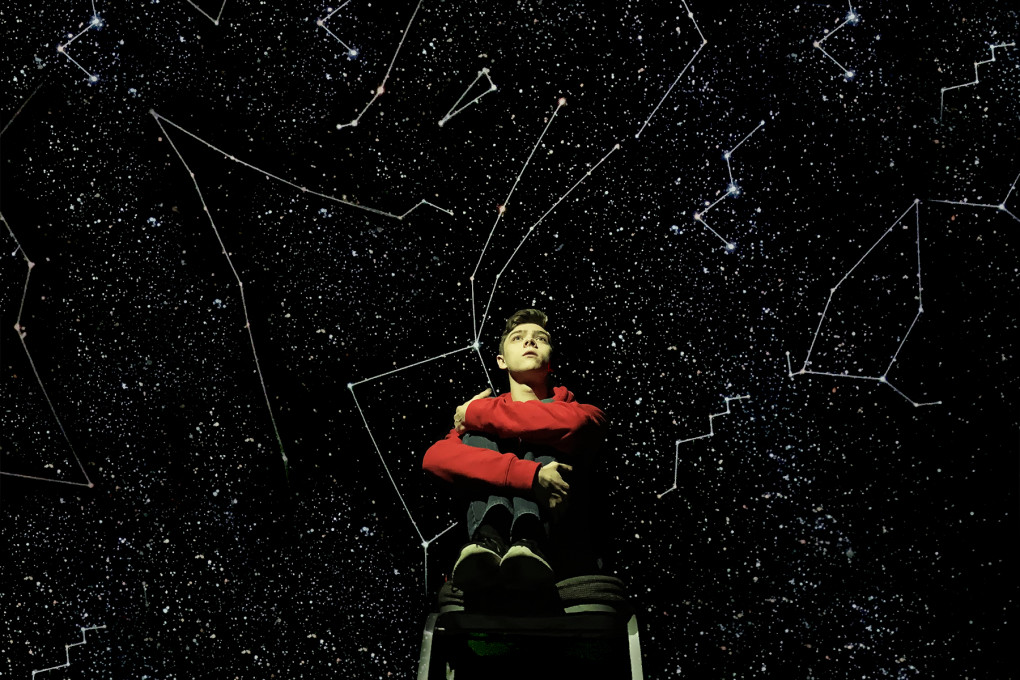 Debra Danese: You got involved in theater at a young age. What was your first show?

Austin Nedrow: Although I did play the little drummer boy in a church Nativity Scene, the first show I performed in was The Music Man. I played Winthrop, and I’ll never forget the first time I sang “Gary, Indiana” in front of an audience. It was a magical moment that sparked my passion for theater. I was 11 years old, and theater became my sport. Growing up, I had played soccer and swam on the swim team, but after The Music Man, all that energy was thrown into my new love.

DD: What was the audition process like for the role of Christopher?

AN: Being my Walnut Street debut, I wrote a cover letter to the theater, with my headshot and resume, to request an audition. A couple of weeks later, I received a call with audition information. I was sent three sides, which are short scenes, from the production. Each side was from a unique point in the play that showcased parts of Christopher. I was performing in 42nd Street at the Fulton Theatre at that time, and I was lucky enough that my dance partner’s father was from London. She helped me with the sides, and about a week later I had my audition. My dad and I drove to Philadelphia that morning and he dropped me off at the theater. I remember feeling a little overwhelmed looking around the waiting room at all the hoodies and jeans auditioning for Christopher. I also had jeans and a hoodie on! I went into the room and did the first two sides for the Creative Team and then was asked to a Callback that afternoon for the last side. After the Callback, my dad and I drove back home. I was sitting in traffic on the Schuylkill when the theater called and offered me the role just under two hours after my Callback. I cried. It was great.

DD: Did you read Mark Haddon’s novel in preparation for the role?

AN: Yes, I did read the novel to prepare for Christopher. I had read the book in middle school even before I realized it was a play! Re-reading the book was incredibly helpful to step into Christopher’s shoes.

DD: What was your initial impression of Christopher and how did you want to portray him?

AN: Christopher, for me, was like anyone else, only that he approaches situations differently than some people. I saw a boy who was vigorously trying to negotiate how to function in aworldthat didn’t understand him. Haddon’s novel is an eye opener into Christopher’s world. Christopher lays out everything you need to know about him, and in doing so, you begin to understand and connect with this young man. I wanted to portray him as such. Christopher’s journey to independence is one that I connected with. I’m also learning how to use the trains and buy tickets. Christopher’s view of the world is so refreshing that it’s a joy to hang out with him eight, sometimes nine, shows a week.

DD: You turned “18” on opening night. Did you have a chance to celebrate?

AN: Yes! I happen to be a triplet, so all three of us turned “18” that night. My two sisters were in the audience, and that was gift enough for me. We did celebrate. My family came in and we had cake and opened gifts before the show. Then they got to see the show, which was very special. After the bows, the audience sang “Happy Birthday!” I’ll never forget that.

DD: What are your plans after graduating from high school this spring?

AN: I’m planning on pursuing a degree in musical theater! I’ve gotten over a dozen offers and I’m currently trying to determine where I want to study for the next four years. It is very exciting! I have until May 1st to make that decision.