Charlotte’s Web at the Arden Children’s theater closes February 3rd. I got the chance to see it and make some sketches before the web comes down. 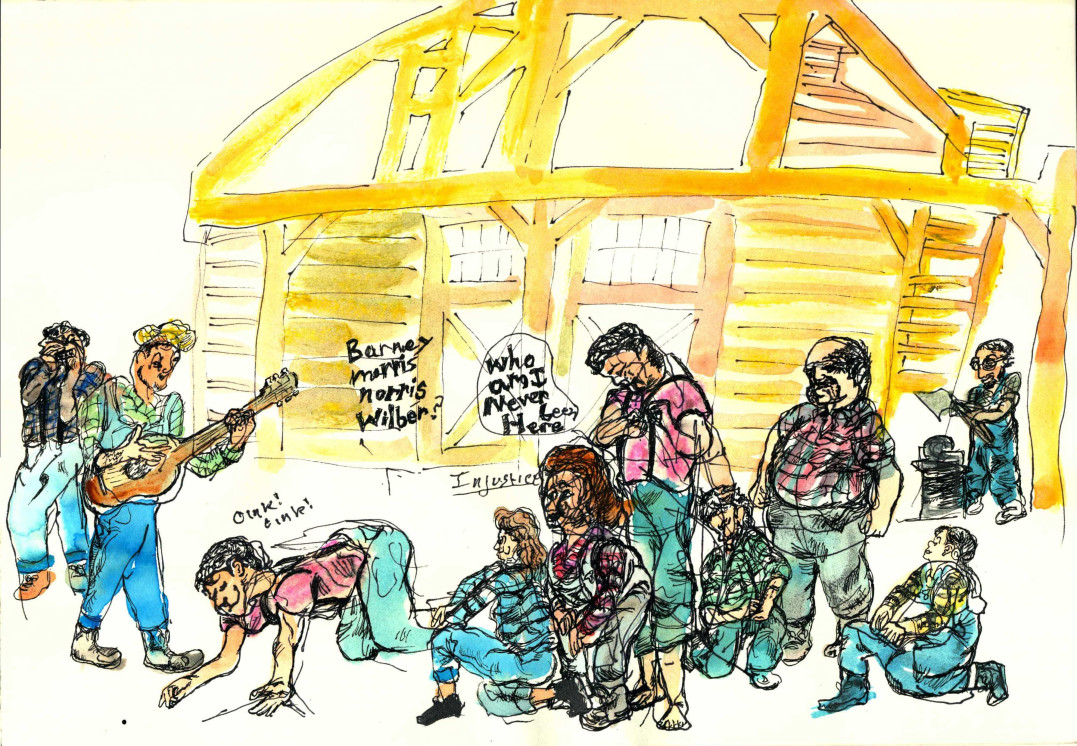 The farm in E.B White’s Charlotte’s Web showed animals sharing a comradery like family, friends, or neighbors. The playful music and laughter at the Arden’s Children’s Theater adaptation took us to that place, presenting the vicious cycle among man and beast. There, clinging to a thread, was Wilbur the pig (Adam Howard): Is he worth more dead or alive? Fern (Campbell O’Hare) called it an injustice what they were about to do to her pet.

The costumes, designed by Amanda Wolff, gave the animals personalities that described their size and importance on the farm in a casual social gathering. Without looking like balloon animals, the costumes communicated a domesticated life for these animals with a safe though tenuous security that permitted them to act accordingly inside a fenced in area.

A friendly spider left messages about Wilbur in her web, changing how the audience would perceive free will. The reward for being humble, and the repercussions for our actions were coined by the words from Lurvy, played by J. Hernandez, when he said, “There, another miracle!”. The spectacle of words in a spider’s web above a pig pen moved the humans to act differently, strangely they were more like the animals than their four legged friends. Like money goes to a person’s head so Wilbur was affected by fame, and at the same time it destroyed his only friend, Charlotte.

These interactions come from all angles of the farm, even from up above, in the rafters of the barn. Charlotte, played by Ayana Strutz, performs on her silk fabric. It was an illusion of a spider’s movement as she flipped, twirled, and tumbled across the stage. They invited the children to join the animals in the barnyard as the little ducklings or as contestants at the county fair. The groupings of animals showed a tendency to differentiate among one another and an irrevocable mood dawns on Wilbur’s happiness when they broke the bad news to him. When everything was doomed for Wilbur there seemed to be nothing he could do, and Fern had no chance against the adult’s decisions. It was a naive idea that life was completely planned out with meals, and nothing but free time. The depressed Wilbur refused to eat because it was only to fatten him up so that in turn he would be the next meal. 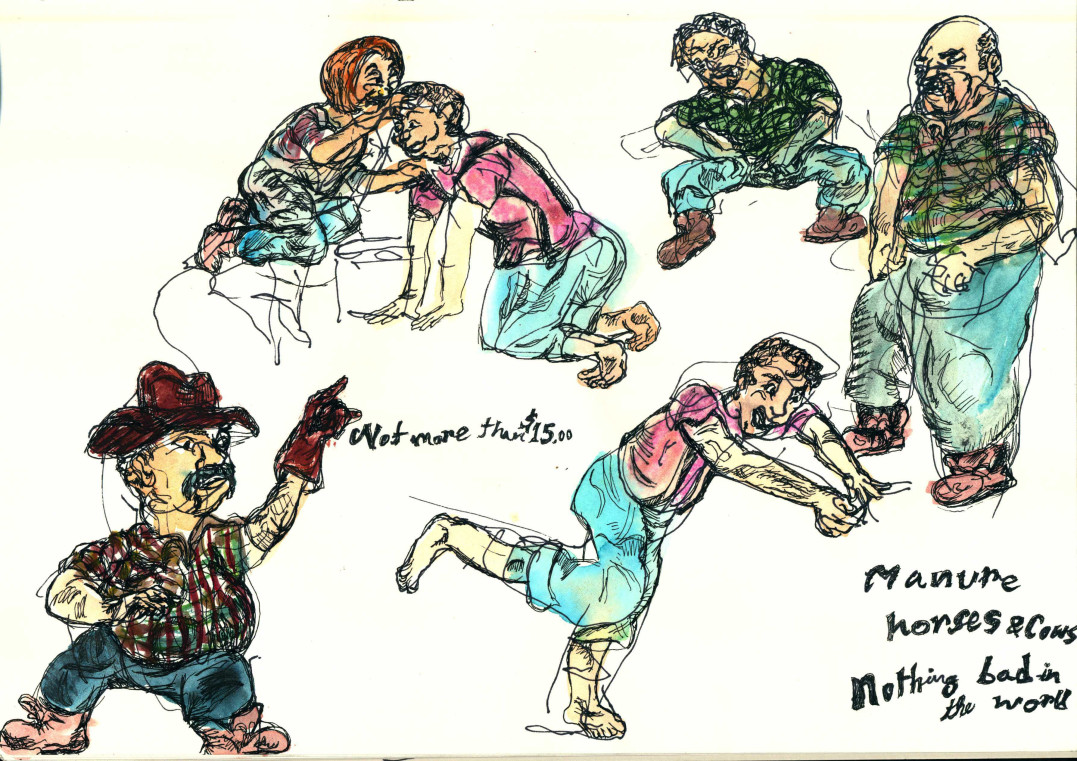 On the other hand, Templeton, played by J. Hernandez, was a scathing rat that thought only about himself. In relationship to the other animals Wilbur is this naive and fresh new perspective on life which the children could relate to and adults could argue on. That is, Brian Anthony Wilson’s sheep along side Emilie Krause’s lamb pulls the piglet out of his delusion. Wilbur was devastated, but Charlotte takes it upon herself to do something about it. This tiny insect made a stir by artfully writing a word into her web. At first she was heard as only a quiet whisper, like the wind. And like the next Marvel spider woman, a circus act by Strutz’s Charlotte performed splits in the air, upside down, and climbs up to the the barn rafters. Even Templeton comes around to play a crucial role in freeing Wilbur from his despair. The web of characters depicted a weight that remained on the shoulders of a tiny spider to give meaning to life. Without the words in Charlotte’s web the mundane details of E.B White’s story would remain country babble. Charlotte, the morally respectable character sacrifices her life, and in doing so gave Wilbur the gift of time. 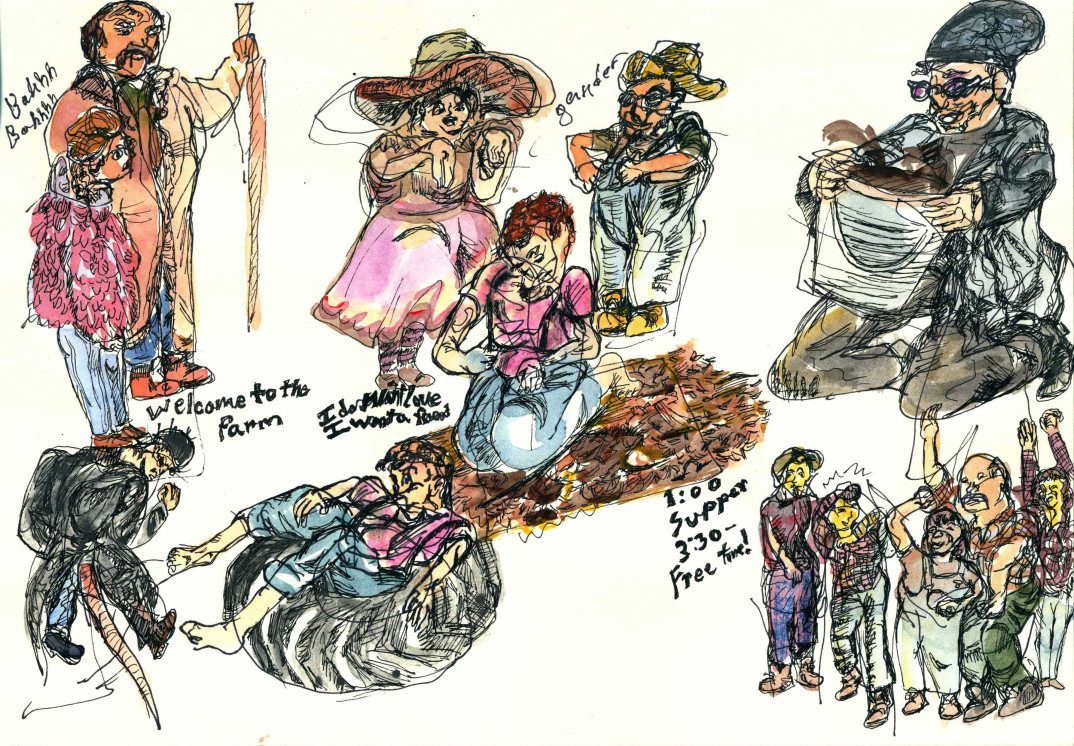 The frenzy over the words in Charlotte’s web redirects our hysteria toward the humans. Homer Zuckerman and Lurvy found the words, “some pig”, “Terrific”, and “Radiant” to be a media phenomenon. Wilbur’s attitude changed when fame struck the town with this extraordinary pig. A certain miraculous sign in the barn distracted the farmers from their initial objective of slaughtering Ferns pet pig. Charlotte uses all of her energy to weave together a plan that would bring the animals closer. From the goose and the the gander, Alex Keiper and Alex Brechtel, distract the people away from where Charlotte worked on her next word which would describe Wilbur in all of his glory, “humble”. The fascinating acrobatic movement by Strutz imitated the sensitive way that represents an eight legged creature. It was in the moment of creation of a new word that a soundscape, designed by Christopher Colucci, lights, designed by Thom Weaver, heightened the mood. There were these fantastic moments and then there were dirty squealing, and laughable instances when the four legged George Orwellian metaphor placed significance into the rudimentary nature of an animal farm. 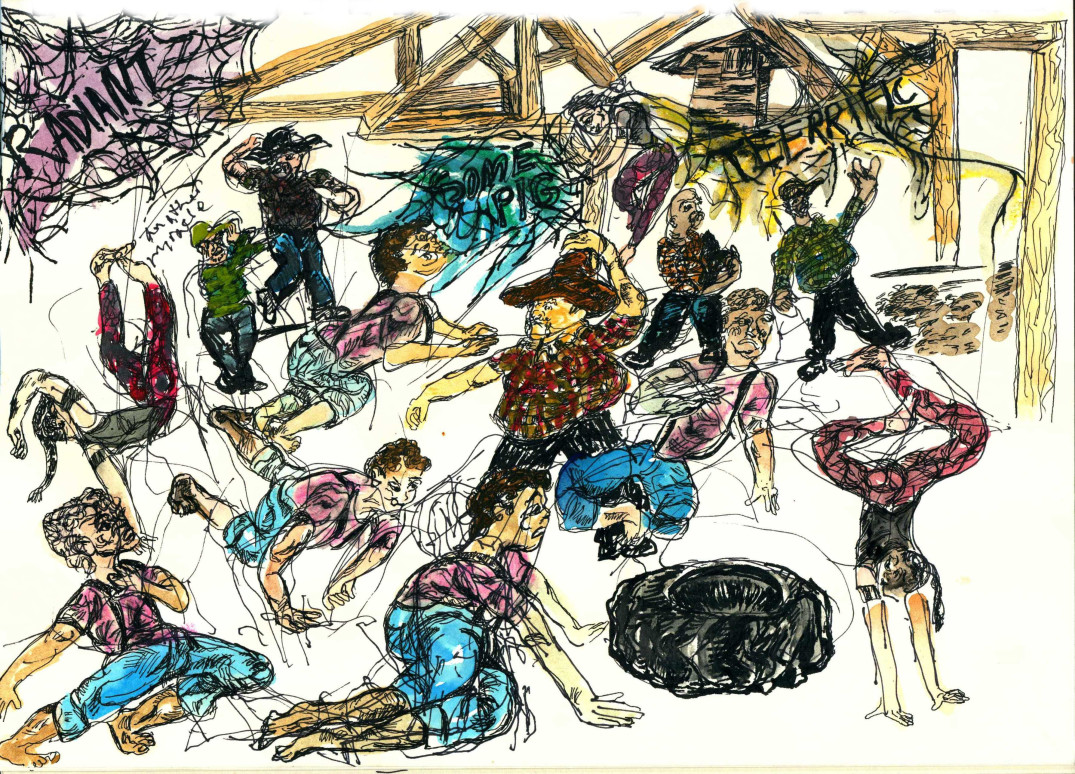 This was a recollection on nature, subtleties of human personalities, and how life happens all around us. Our words matter, and the children in the audience took away a lesson concentrated on writing down their big ideas.