2019 began the way 2018 ended: with one disaster after another—and with many more to come. We live in a country where those in power love to kill little Sesame Street to build THE TRUMP WALL, even if it means that thousands of Americans are shut out of important government jobs without pay—while the politicians who created this mess go on grand vacations. 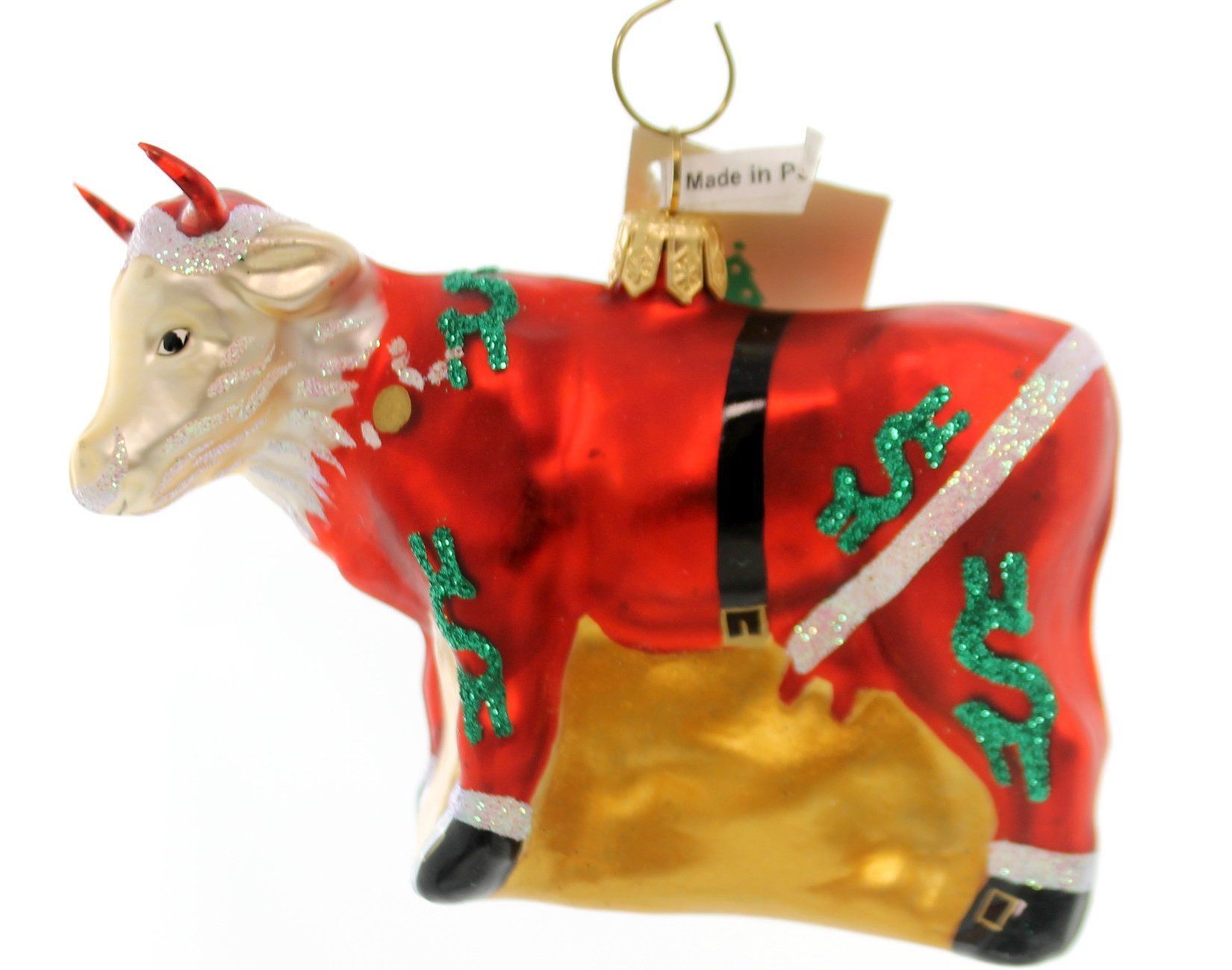 Now that Santas and elves have mothballed their uniforms, executive directors and accountants are wondering if it’s true that Christmas is the financial Savior for their theaters and choruses.

Frequently, cultural institutions pay an artistic price for focusing on income by letting innovative new plays or songs fall by the wayside during the holiday season. Few people talk about this open secret. The decline in popularity of songs of seduction like “Baby, It’s Cold Outside” (1949)—because of the awareness generated by the #MeToo movement—does not mitigate the fact that old chestnuts, roasted nicely during the holidays, often bring in the cash that pays for new productions.

“We have nothing against a good holiday show, but we’d rather focus on finding the boldest and bravest living playwrights who tell important new stories and ask important new questions about today’s world [. . .] We have proudly and defiantly eschewed the strategy of relying on an annual ‘cash cow.’ This is what distinguishes InterAct Theatre Company. It is also what distinguishes our audiences and supporters.”

Rozin made that statement in a fund-raising letter a few Christmases ago. However, when looking for a new show this December, I could not find a major production at the InterAct. So, with no menorah, no Christmas tree, and no new play on the stage of the InterAct, I went Christmas “cash cowing” by attending a winter concert and a holiday musical:

Rejoice: A Multicultural Holiday Celebration by the Philadelphia Gay Men’s Chorus (PGMC) at the Prince Theatre; and Oliver! in the Quintessence production at the Sedgwick Theatre in Germantown. 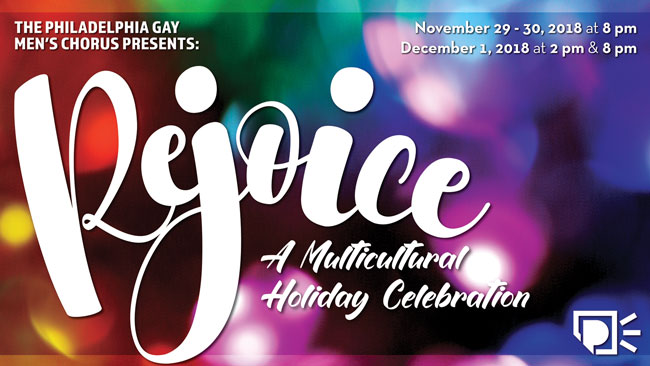 Against the elegantly decorated stage of the Prince Theatre—with Christmas trees, lights, and garlands that flickered for dramatic effect—a group of elves (some bearded) came running in. They made us chuckle and even created a sense of goofy camaraderie. Usually, choral dance groups are made up of slim young performers. However, PGMC’s “Brotherly Love” (choreographed by Edward Stash) presented men of all ages and body sizes—for me, a sign of acceptance.

The large chorus—103 singers—filled the hall with a glorious sound, supported by a fine, small orchestra (unfortunately, not mentioned in the program), all conducted by Joseph J. Buches, the artistic director of 14 years. Pianist and opera coach Gabriel Rebolla, originally from Brazil, accompanied the popular chorus, while Brian Morrison provided ASL interpretation.

This year’s concert reflected the cultural background of its members, including songs in Spanish, Italian, Hebrew, and Ukrainian—from “Ave Maria” to “Stille Nacht”—rendered movingly by various soloists and the backing of the chorus.

PGMC and other LGBT choruses tend to present classical and contemporary music for the holidays, but more importantly, they unite the gay community and their allies. This concert featured solo performances by two trans members—evoking strong applause from the audience.

Guest conductors Tony La Salle, a painter, and his husband Robert Maggio, a composer—both academics—bolstered the evening’s entertainment with their rendition of “We Need a Little Christmas.” They had won the auction for the privilege of conducting the chorus however they wished—leading to some hilarious directing with Buches beaming in the wings.

The second part of the evening brought in modern arrangements, ending with “Go! Go! Rudy!” sung so rhythmically that the audience insisted on an encore.

As a non-religious person, happily humming along to Christmas songs, I became aware again of the deeply seated, cultural demands made on producers to connect us to old traditions during the holiday seasons.

Adam R. Funk, PGMC’s president, thanked the Prince Theatre for many years of support and announced that, because the Prince is rebranding itself as the Philadelphia Film Center, PGMC will move to the Suzanne Roberts Theater next year as their “resident chorus.” 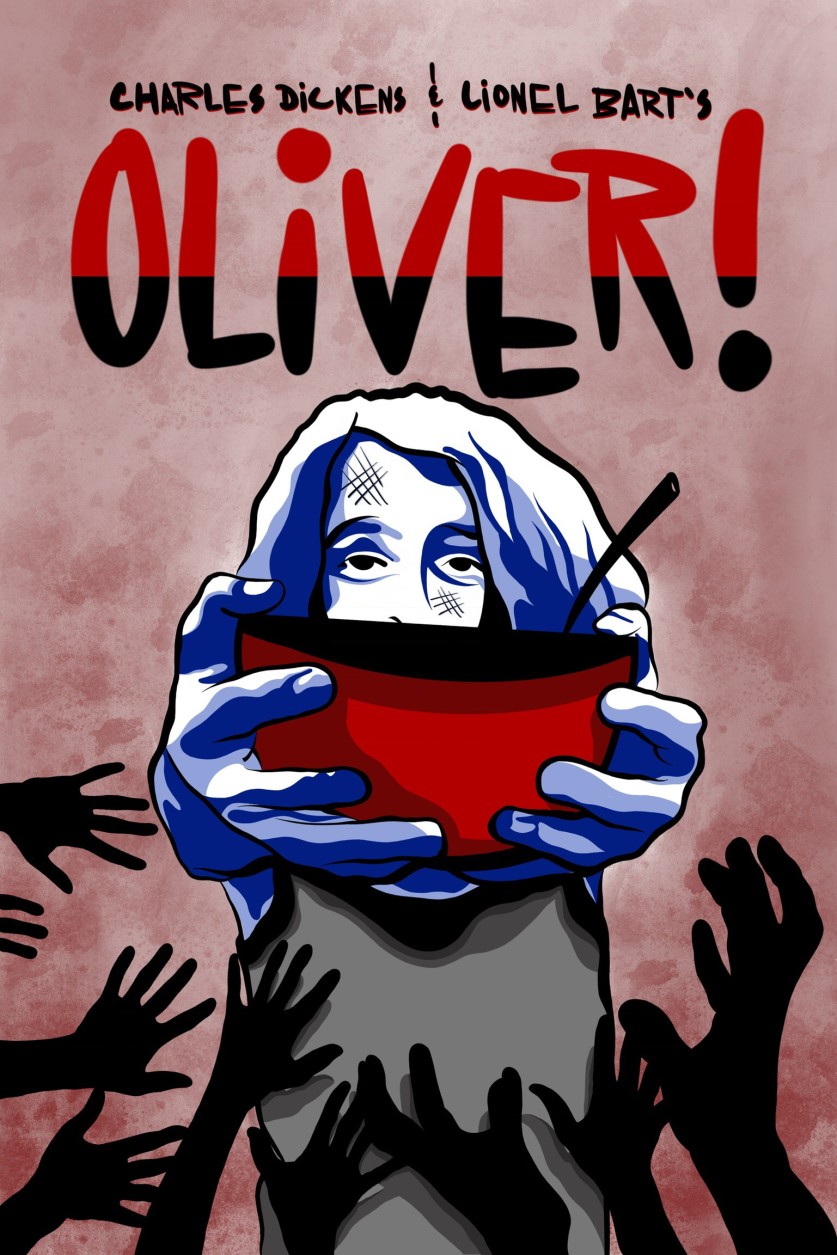 Despite Rozin’s comment about holiday “cash cows,” I went to the Sedgwick Theatre and immediately found myself drawn into the action of Oliver! by sitting onstage at one of the many long tables with other theatergoers—all of us having morphed into orphans.

Just as the LGBT chorus presented remarkable voices, some of the professional performers in Oliver!—like Daniel Miller and Tasha Waters as street criers—harmonized so powerfully that they moved me to tears.

I left the Sedgwick Theatre not only entertained, but deep in thought. Cash cows or no cash cows, ultimately, we the audience demand high professional standards, musically and dramatically, but also songs and plays that speak to us during the holiday season.

Invitation to challenging post-holiday shows in 2019

Whether you are religious or not, if you want to support cutting-edge theater and thought-provoking choral concerts in 2019, check out these local productions:

The opening of Hype Man: A Break Beat Play by Idris Goodwin, directed by Ozzie Jones, at the InterAct on January 25.

Stonewall, performed by the Philadelphia Gay Men’s Chorus and the ANNA Crusis Women’s Choir on June 22—a 50th anniversary commemoration of the Stonewall uprising.