Dr. Peter Hohn, head of the Sütterlinstube in Hamburg where experts transcribe old and often difficult to read texts, sent me a book with German eyewitness reports from World War II, including an account by Margret Hatting (1922-2017). I was so moved by her unexpected experience of the first Christmas after the war that I no longer fought tears. She was a great correspondent and gave me permission to translate her historic account.

Even when I translated her story into English, I broke down again (although I’m not religious) because she showed us that we all have the power to let go of anything negative and work together with each other—even with former enemies. My English translation of her profound story spread like wildfire around the United States, even now, especially during the Christmas period. (Read the German original here.) 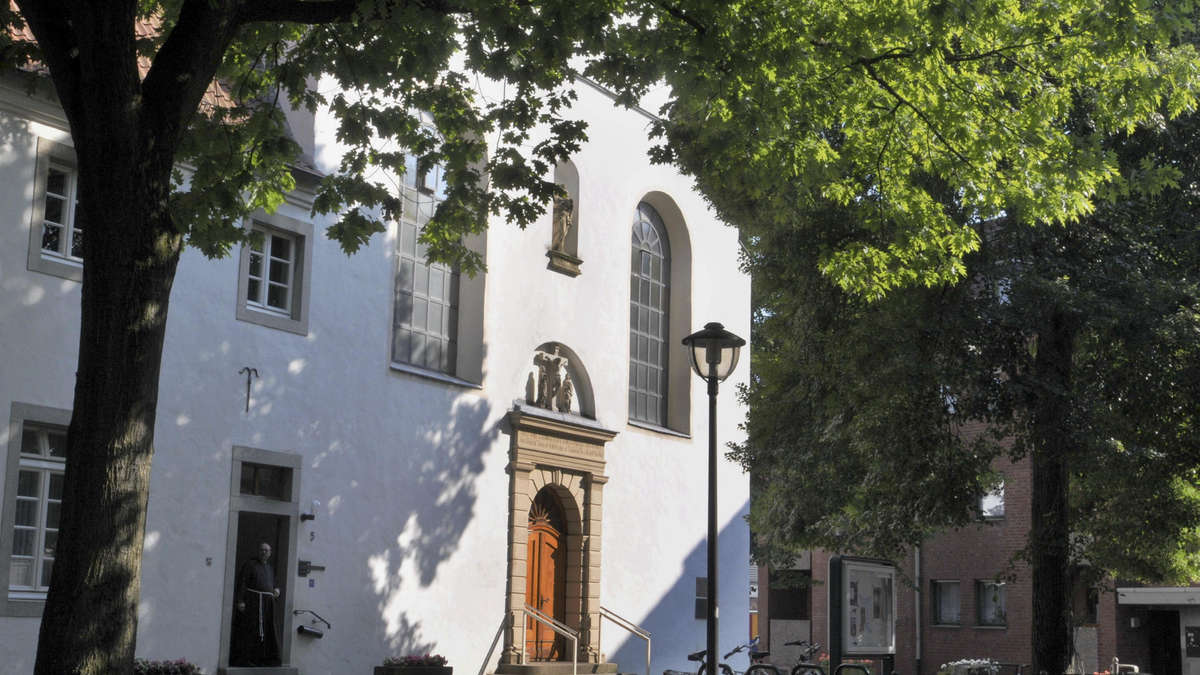 The giving of Christmas gifts had been very modest, and yet, it was a special day. A few candles conjured up a little Christmas feeling in our hearts, and we even had a Christmas tree in our room.

​We were grateful and content because Dad had returned from the war whole and healthy and all of us were together again.

Shortly before midnight, I put on my best dress and we walked to the chapel at the nearby monastery to attend the midnight mass. This time an unusual number of people filled the church, and I did not know whether they were simply grateful that the war had ended, or if they were there to pray for a relative who had not returned from a prisoner of war camp.

The little church was occupied down to the last seat and many believers even stood neck to neck in the aisles. I managed to get a little spot in the center and was moved by the message of the Holy Night, as “Peace on earth to all people of good will” took on a special meaning at this first Christmas after the war.

The manger had been assembled and many candles were burning. The organ played the beautiful, old Christmas songs, which resounded loudly and with full feelings. Everything was very festive. ​

However, after some time, I felt strangely faint. The air in the little church didn’t feel right. The burning incense and the packed crowd had drained the oxygen from the chapel. I realized that I began to feel sick, and so I fought my way through the throng of people to the exit—grateful to inhale fresh air again.
​
A linden tree stood in the courtyard of the monastery. I was leaning against its trunk, inhaling the pure night air, the stars of the Christmas night were blinking, clear and full of secrets, and the Christmas feeling did not leave me. And then the church organ started to play a chorale: “Herbei, o ihr Gläubigen” [“Oh Come All Ye Faithful”]. I sang along with a strong voice.

But what was that? I was not singing alone: a slightly shaky man’s voice seemed to accompany me. Still singing, I listened and recognized that he was following the same verses, but in English. The song exists in many languages and I had learnt the English lyrics at school some time ago. And so, I too, tried to sing along with him—in his language.

I walked around the linden tree and saw a young American occupation soldier standing there. His voice trembled a bit as he sang, and tears streamed down his face. I slowly walked toward him, and stretched out my hand. “Merry Christmas,” I whispered. I, too, could no longer hold back my tears. We sang the song together to its last sound—each one of us in our mother tongue. After all, the language of God is universal.

After that, we talked a little. I dug up my best school English and he told me that he was nineteen years old and felt terribly homesick. His mother and his two sisters were waiting for him in America and here, on the Christmas night in a foreign country, the famous old melody came alive and brought him closer to his homeland. Somehow, he was comforted, but also moved to tears. And I–who, like everyone else in those days, had not exactly taken the occupation soldiers into my heart–held him by his hand and sang a Christmas song with him.

Standing in front of me was no longer the former enemy. He was a human with the same feelings and sensibilities that I had. He, too, needed the peace to be able to return home at long last to the dearest human beings, who, I was sure, were missing him terribly on this special day.

After six long years of war, I realized that peace is possible when everyone reaches out a hand to one another, when everyone follows the message of the holy night: “Be of good will!”