A national tour of Roald Dahl’s Charlie And The Chocolate Factory: The New Musical came to the Academy of Music November 6-18, 2018. 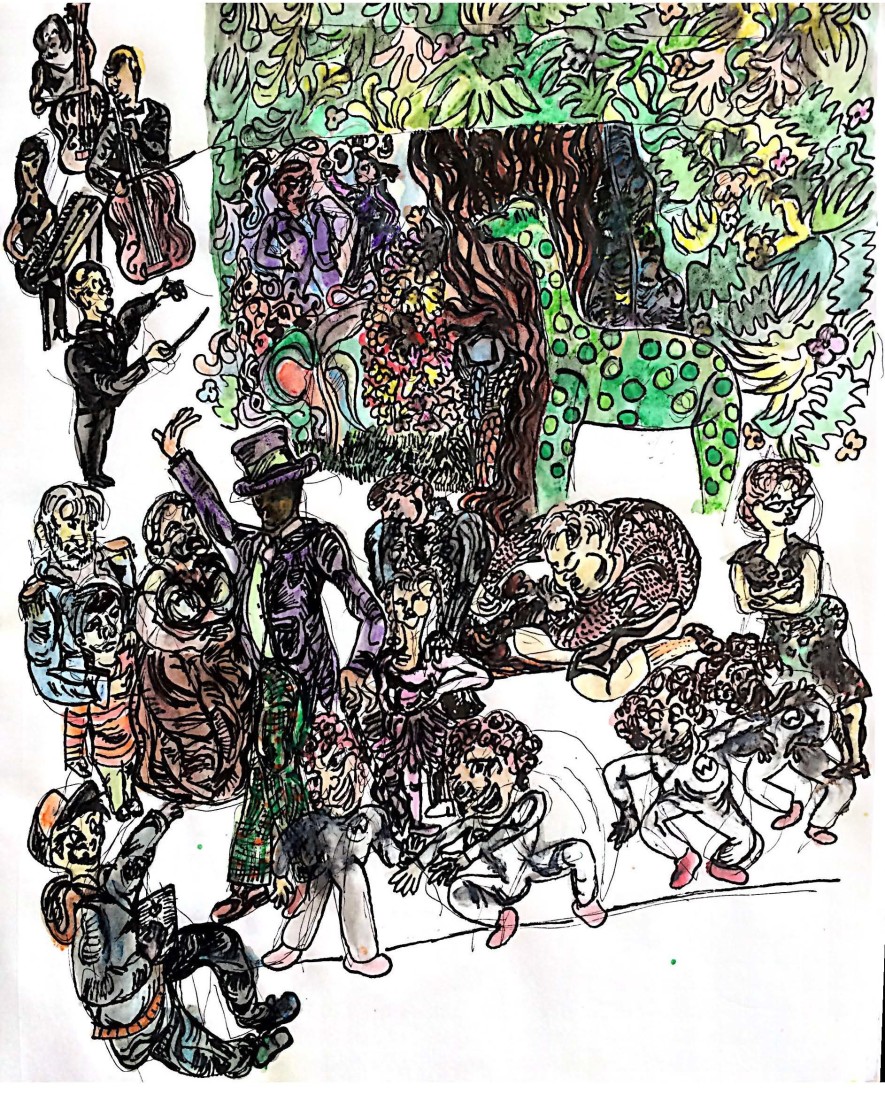 The music of the “The Candy Man”, and “I’ve Got A Golden Ticket” enlivened Charlie and the Chocolate Factory in the movies. The new musical was equally compact and the catastrophic human flaws exposed in Roald Dahl’s story were just as humorous. The musical innocently explores kindness as if it were a lottery among the people in a small town. Everyone was out to capture more out of life whether it be for the money, the fame, or the candy. 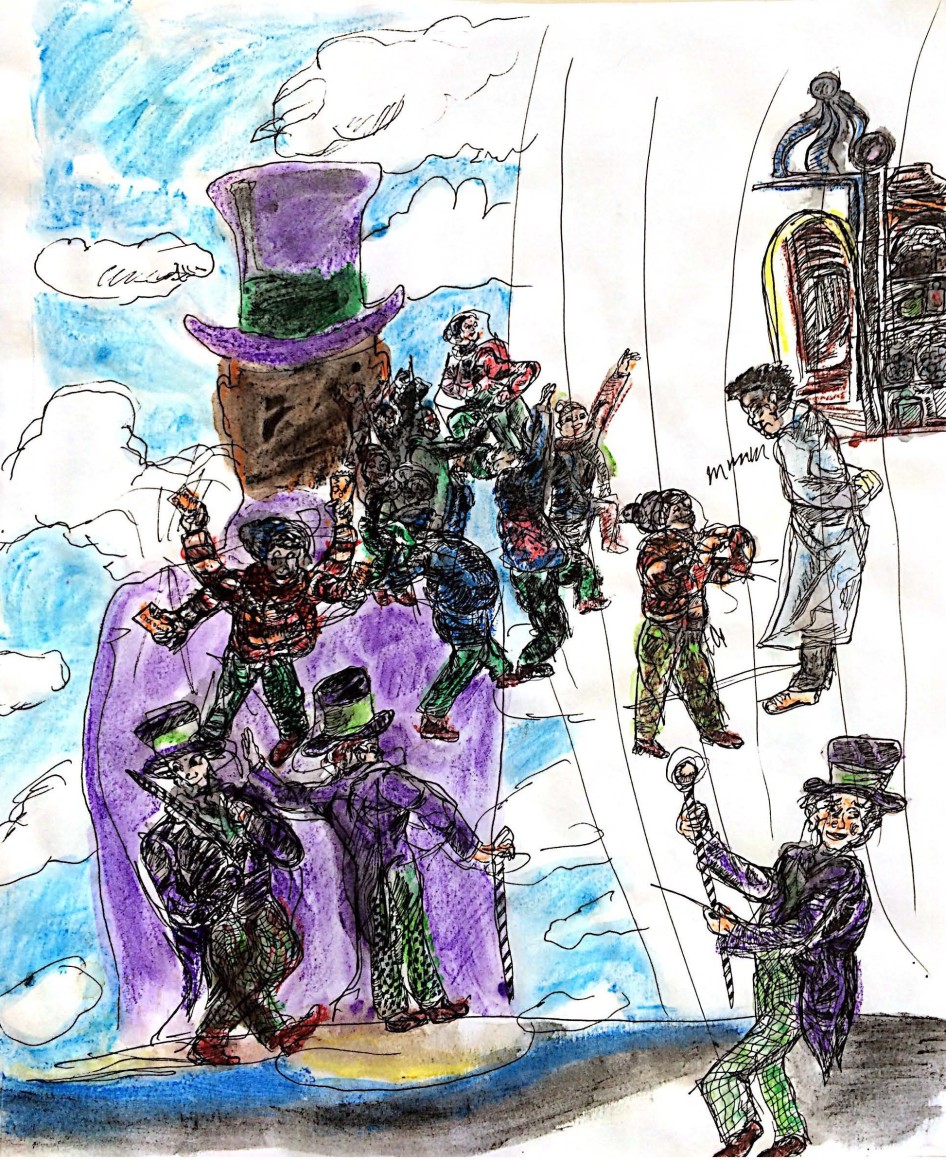 The Buckets are poor, but Charlie, played by Henry Boshart, holds onto his childlike sight for what really matters in life- a chocolate bar for his birthday every year. Charlie’s mother, played by Amanda Rose, distantly dreamed of her husband, Charlie’s father, and the winter wonderland painted a similar scenario for an only mother. The hardship of supporting the grandparents whom were restricted to their sick bed and raising Charlie on her own was complemented by the staggering pieces of metal and scraps topped off with an umbrella for a roof to keep them dry.

On the other side, a giant illumined “B” was a sign that we were downtown and the Chocolate store clerk, played by the same man that would be Willy Wonka later, Noah Weiser, stood in his candy shop with neon lights revealing jars of candy on every shelf. The minimal stage sets were enough to move it along and the creaky shopping cart of Mrs. Green, played by Clyde Voice, wandered on and off stage leaving us with only a couple of words, “eat your veggies.” 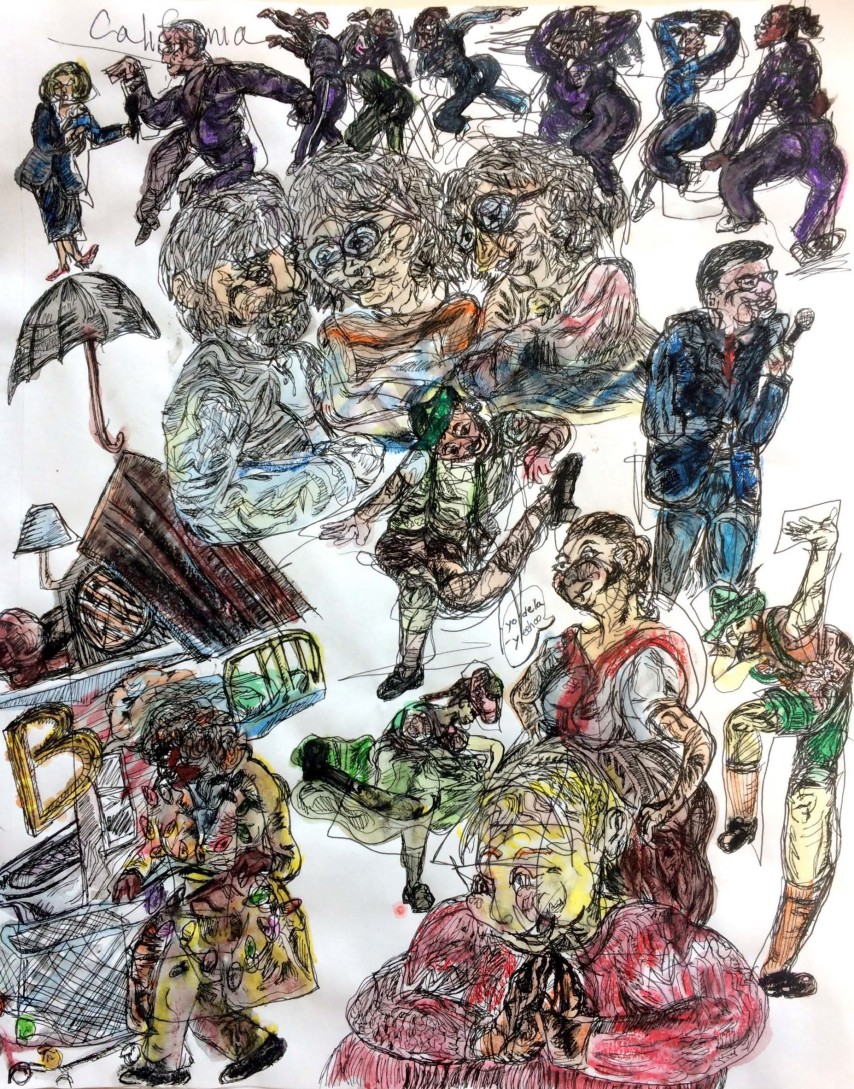 The memorable Chocolate factory was in turn letting us into an artificial world. There was a role reversal that meant more to the children’s desire for candy. The imagination of Grandpa Joe, played by James Young, seemed uppity in pajamas, and Charlie looked up to his far out, gone to the wind personality. As the other children around the world were interviewed for having luckily found a reward underneath the chocolate wrapper we knew they were hopeless. This new musical really brings out the cliches which knockaround the antiquated modern stupidity that technology brings forth.