Empathy, Inc. follows Joel, a down-on-his-luck and desperate venture capitalist, as he attempts to regain his clout and cash while being reduced to stay with his pushy in-laws. Against his wife’s wishes (and his own instincts) he invests a million dollars of his father-in-law’s pension in a shady start-up called Empathy, Inc. The company touts “extreme virtual reality” technology, which allows clients not only the look of living in someone else’s body, but also the feel of it, to experience in a visceral way how an underprivileged person lives in the world. The use of this “XVR” is meant to act like an anti-depressant by way of perspective: through extreme empathy, the rich and powerful can feel what it’s like to be without, and therefore become more satisfied with their own lives. But as the dark underbelly of this company becomes exposed, it becomes clear that empathy is limited in both the world the film builds and the film itself. The idea of Empathy, Inc. the company is distasteful at best, fetishizing the lives of the “underprivileged” as a salve for the rich, as exploited by those trying to get rich. It is a concept rife with possibility, but Empathy, Inc. the film doesn’t appear to have any interest in exploring its titular idea and fails to function on more than one level at any given time. 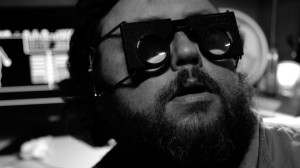 The film begins to explore the lengths that someone will go just to save their reputation and/or bank account, but not far into his corruption test does Joel reveal himself to be basically incorruptible. The moment he discovers the unethical uses of this VR technology he wants to back out of his investment. The protagonist is irredeemable because he is already redeemed, and the film’s commitment to allegory dissolves into an empty game of cat and mouse.   The plot twists and turns so sharply that it’s impressively followable, if not impossible to stand up to its own world-building rules. And though Empathy, Inc. dips frequently into too-long scenes of empty dialogue, the film maintains a steady pace through well-composed shots and dynamic editing. Its actors ground the concept and elevate the material, specifically Zack Robidas as Joel, who carries the film effortlessly while also at a near-constant simmer. The promise of a feature-length Black Mirror episode dissolves into an examination of missed opportunity. Empathy can be explored in a myriad of ways in our current sociopolitical climate, but despite its title, Empathy, Inc. is disappointingly more interested in gimmickry than social commentary. Empathy, Inc. is a misnomer and a misdirect; an inventive idea reduced to a plot device (and an impressive acting exercise).