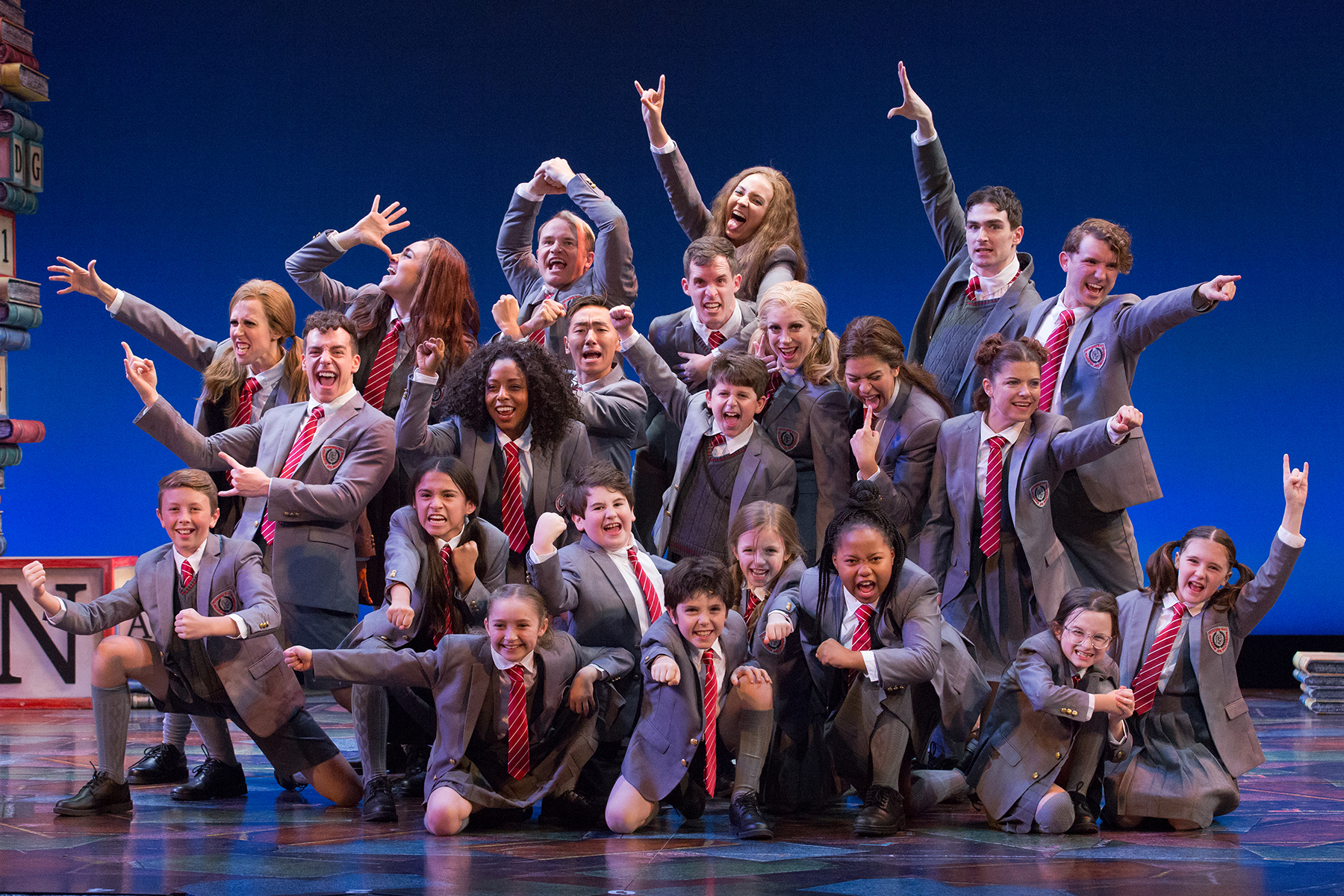 Husband and wife Christopher Sutton and Lyn Philistine are mimicking real- life playing parents to Matilda in the Walnut Street Theatre’s production of Roald Dahl’s Matilda the Musical. However, the couple says their parenting style is nothing like their characters.  Sutton and Philistine, who met while rehearsing another show, have played opposite of each other in the Walnut’s productions of Mamma Mia!, Annie, A Christmas Story, The Buddy Holly Story ,and I Love You, You’re Perfect, Now Change.

Debra Danese: How did you two first meet?

Lyn Philistine: We first met during rehearsal in NYC for The Buddy Holly Story. Christopher was playing “Buddy Holly” and was wearing his guitar and Buddy’s thick black glasses at the time.

DD: You’ve performed in numerous productions together. What has been your favorite and how is it working together as a married couple?

LP: I love working with my husband. He is such a generous actor, and it’s so much fun to use the trust and chemistry we have together on the stage. One of my favorites was when we played the parents in A Christmas Story at the Walnut Street Theatre a few years ago.

Christopher Sutton: I would say the same about my wife. She’s my best friend and A Christmas Story was also one of my favorites. We’ve played opposite each other more than 20 times over the last 15 years, and I wouldn’t have it any other way!

DD: You are playing Matilda’s parents. Do you have children? How would your parenting style compare to your characters?

CS: We have a five year old son named Dylan, who will also be in Matilda with us. He made his debut at three months old at The Walnut Street Theatre playing my elven son when I played “Buddy the ELF.”  We are happy and proud to say that, in real life, we are the exact opposite of the simply horrible parents we play onstage in Matilda!

DD: What three words would you use to best describe your characters?

DD: What’s your favorite moment in the show?

LP: My favorite moments are all of our family scenes and singing very loud!

CS:  I would say my favorite are “sharin’ the stage wif me trouble n’ strife, me wife” and also singing, “TELLY.”

DD: Any fun anecdotes behind the scene anecdotes you can share?

LP and CS: We are in the early stages right now so no funny stories or anecdotes yet regarding Matilda. Well, other than our five year old smoking a cigar in rehearsal as a character choice.  As always, we’re really looking forward to this wonderful adventure!

Matilda the Musical is playing on the Walnut Street Theatre Mainstage November 6, 2018 – January 6, 2019. Tickets and more info at walnutstreettheatre.org