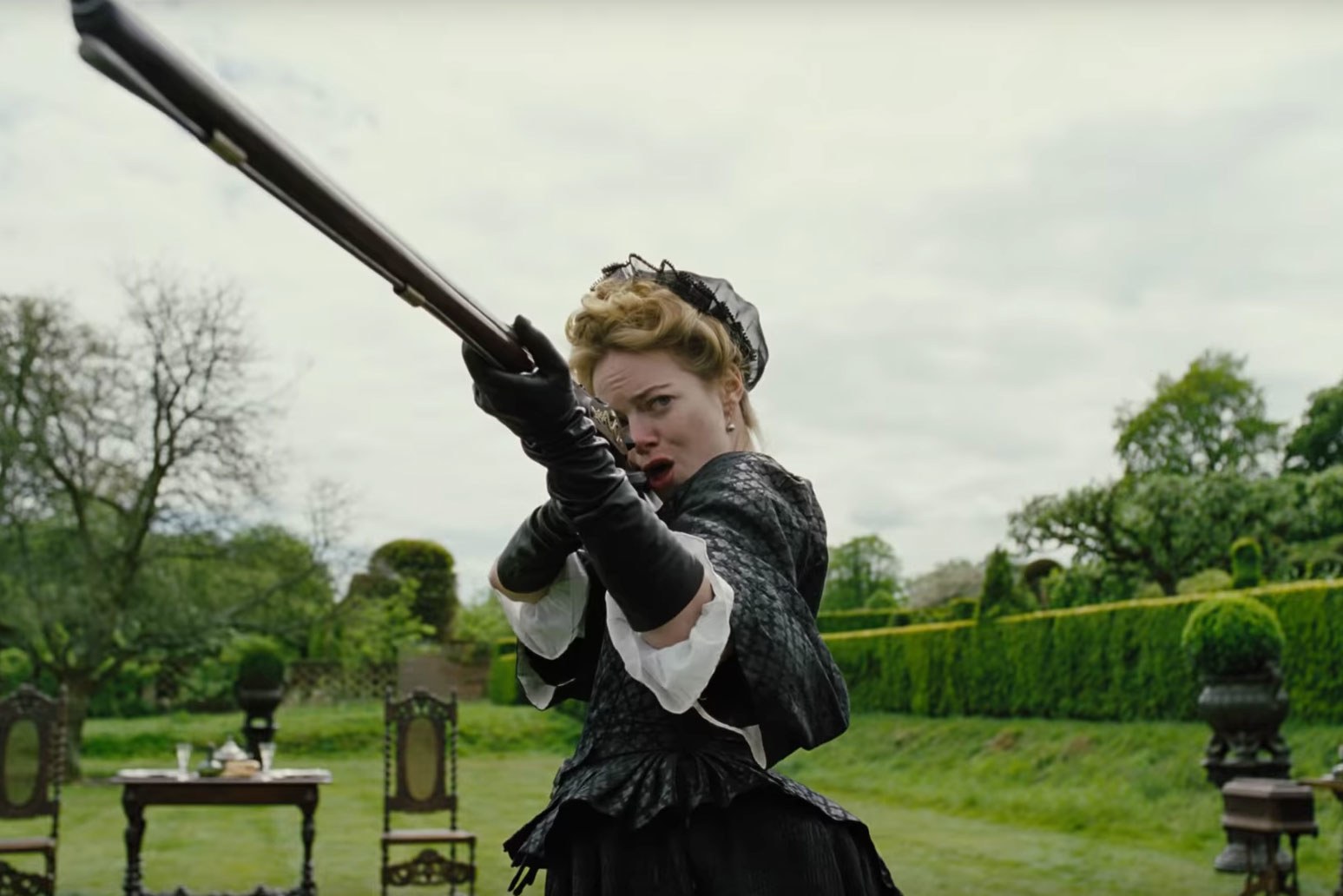 If there’s anything to be known about Yorgos Lanthimos, the idiosyncratic filmmaker behind such oddities as The Lobster and The Killing of a Sacred Deer, it’s that his MO involves jarring the viewer in any way imaginable. Be it through murky subject matter, offensive dialogue, or an inclination to gun for such absurdism that the material becomes inaccessible to anyone not completely on the same page, one thing is always certain: whether they enjoyed the film or not, viewers will never forget the time they spent watching it. Of the handful of Lanthimos films I’ve been privileged to see, his latest, The Favourite is probably my least favorite (don’t worry, that still places it in “very, very good” territory). That said, I can’t help but marvel at the bold choice he has made. Namely, to make a fast-talking period film. It’s a comedy of manners, except that it’s a dark comedy — very dark — and none of the characters have any manners to speak of.

Set in early 18th century England, The Favourite follows the exploits of two women (Emma Stone & Rachel Weisz) competing for the favor of Queen Anne (Olivia Colman). The Queen is of ill health both physically and mentally, As such, her companion Sarah (Weisz) gets to speak on her behalf, often times making decisions in the queen’s stead. During this time, a new handmaiden, Abigail (Stone) is employed by the queen. Abigail wasn’t always of such low social rank, but her gambling addict of a father lost her in a game, and she has been fighting her way back up to the high-life ever since. When the Queen takes an immediate liking to Abigail, thus begins a war between she and Sarah which grows in both pettiness and violence in each turn. At the same time, the men in Queen Anne’s court are all lobbying to wield her majesty’s power to achieve their own sociopolitical goals.

Oftentimes shot with multiple very noticeably different lenses in even a single scene, not a moment passes that doesn’t set the viewer on edge. Nothing quite like a fish-eye to make even the most ornate decor (and when I say that the production and costume design is IMPECCABLE, I mean it) feel foreign or unsettling. And while plenty of witty lines are tossed between the characters, there is nary a time for laughter lest the viewer miss the next loaded glance, sassy side eye, or subtle performance note from this trio of wonderfully cast actresses. It’s a shame that Lanthimos produces work of such niche reception, because Colman’s depiction of an unhealthy royal’s fall from grace is what the Academy wishes they had the balls to recognize. No lie, hers might be the performance of the year.

This, of course, is not meant to slight either Weisz or Stone, who both bring a fiery intensity to two characters who must cleverly subvert propriety if they ever hope to move up in the world while maintaining their sanity.

“If you don’t go, I will start kicking you and I will not stop,” promises Sarah to Abigail during a heated exchange.

Another highlight comes at a moment when a young suitor embarrassingly dons the powdered wig of a stereotypical dandy fop to gain Abigail’s favor in the bedroom:

“Are you here to seduce me or rape me?” asks Abigail behind rolling eyes.

“I am a gentleman!” scoffs her potential suitor.