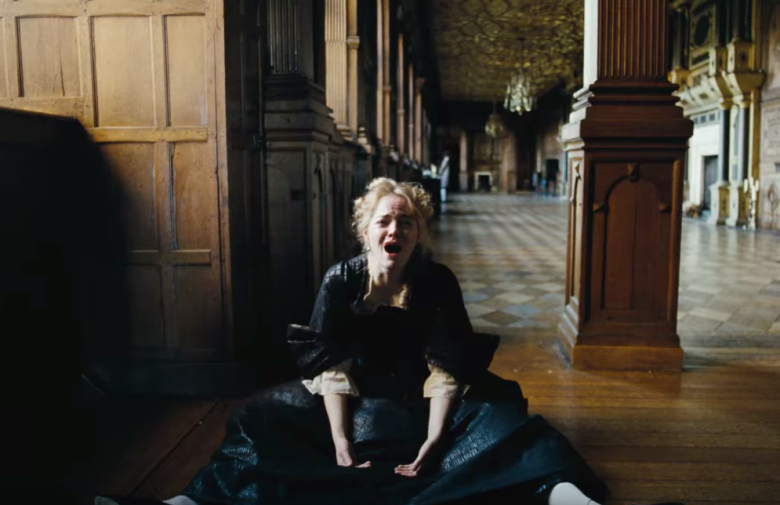 A film with a concept you didn’t know you needed, The Favourite is what happens when Mean Girls is crossed with 18th century English aristocracy. Queen Anne (Olivia Colman) is at the story’s center, an ailing, testy ruler, hopelessly reliant upon her longtime friend and lover, Sarah Churchill (Rachel Weiss). Sarah’s all-too-confident position by Anne’s side is threatened when her cousin, Abigail Masham (Emma Stone), arrives. Abigail is eager to reinstate her social status after being disgraced by her father, and Anne takes Abigail’s genial nature as a salve for Sarah’s brusqueness.

Both Sarah and Abigail are adept at manipulation, both want to be the queen’s “favourite,” and their respective endgames unravel in ways deceptive even to the audience. It appears that Sarah loves Anne, or at least has a deep fondness for her, but the frequency with which she speaks for the queen on political matters, or commands people around, suggests that she believes her influence is more than just confidant. Abigail, by contrast, understands her proximity to power is a new one and is careful not to overstep her position. She whispers and cajoles where Sarah plays a heavy hand.

Their rivalry is not one of love, to Anne’s inevitable dismay, but opportunism. The three women’s relationship weaves like a braid; as Sarah is away from the queen, Abigail sidles up to her. When one strand is not in use, the other takes its place, repeating again and again, as each additional weave compounds the plot, creating a delicious tension that results in several bursts of drama.

Director Yorgos Lanthimos excels at highbrow farce. The look and feel of The Favourite is broadly that of the classic English austerity, but is routinely undercut with moments of slapstick comedy and profound self-doubt. Most of his shots frame actors from below, creating a sense of uneasy scheming; none of the characters mean exactly what they say, and are likely to change their opinion if they detect a whiff of skepticism.

This is a world in which men’s inherent power grant them the time and the space to fool around, like racing ducks and pelting tomatoes at a jubilant, naked man in a pink wig. The men wear powdered wigs and caked-on makeup. The women in power, severe in manner if not in practice, are shown with very little makeup and always in black and white. (The costumes are distractingly beautiful.)

The Favourite is a fun, juicy twist on an English court drama, and a refreshingly unconventional love triangle. The film toys with its audience as much as its characters, and even up until its final moments, you’re never exactly sure who is in power.