At Mandell Theater, Abrahamse and Meyer Production brought to the stage a progressive revenge and love story. The spirit of the South African Theater Company looked tragically into a race of love, and interested in restoring a good society and a state of belonging. EgoPo Classic Theater is looking at the South African region to consider the geographical mysteries and beauty of African culture. Besides the fact that the Apartheid institutionalized the legal segregation of the informal social disintegration of natives and the political movement, and a lost faith in a genuine love that recovered a new understanding of African culture. Next up: A HUMAN BEING DIED THAT NIGHT October 24- Nov 11 at the Latvian Society Theater. 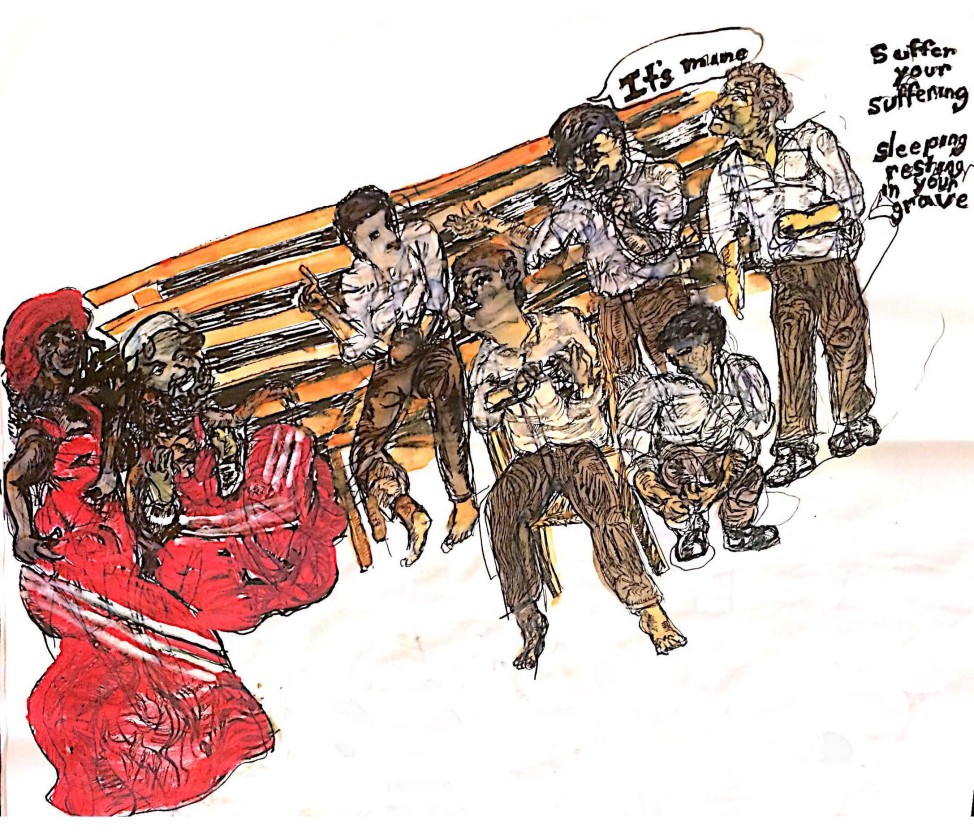 The show DESIRE UNDER THE ELMS was a transgressive play. The enlightened designs of the set used fencing that marked the boundaries between man and his/her property. The two different views of freedom appropriated the righteous and the rebellious ways that the characters embodied slavery. Frustration built up between the father-son relationship and the emancipation of an enslaved person exhibited a reversal of roles. The backlash from the two male proprietors, Ebhan and Ephralm, and one spirited African women, Abbie, sought to experience her new found freedom. A spiritual awakening for the recently deceased Mrs. Cabot’s dead soul intervened in how Ehben viewed Abbie. Under the affluence, our own nature grew estranged as a bystander while Ebhen acted cruelly to Abbie. Marked by the death of little Ebhen a startling climax in Act 3 dawned on the cross cultural landscape. Along the fences dividing the man (Ephralm) and woman (Abbie) from the boy (Ebhen) in bed, sexually explored the inhumanity of slavery through gender and sex.

The complexity of Ebhen Cabot, played by Marcel Meywer, shown through wittling a piece of wood alluded to the conscience, while the fortune of Ephralm, played by Robin Smith, was shown through pride by having ownership over the farm. The symbolic element of stones transformed into a fertile field personified the context of hardship endured by slaves. The ownership of the farm repeatedly paralleled with Abbie Putnam’s freedom. Abbie, played by Mbali Bloom, married Ephralm for her freedom. The adultery gave way to the younger lovers whom devised a plan to rid the earth of the patriarchal old man (Ephralm). This emulation of society destroyed by segregation and replenished by the love that brought Abbie and Ebhen closer together was a natural resolution. The somber monologue by Ebhen, and Abbie’s dance beside both men showed a twisted introspection into the heart and physical strain of a segregated society.

One Reply to “Theater in Sketch: DESIRE UNDER THE ELMS (EgoPo Classic Theater)”