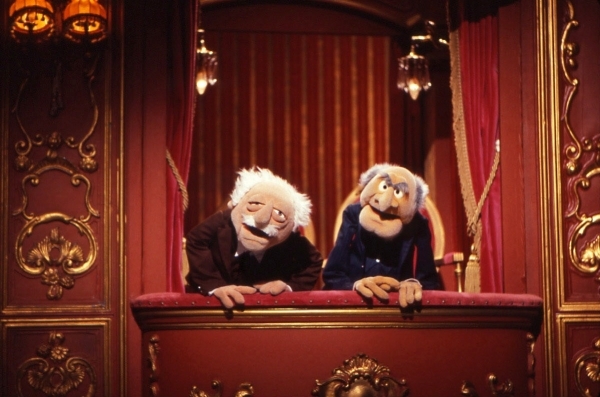 Critics suck. It’s a topic of conversation that bubbles up periodically in the Philadelphia theater communities and it seems to have come to the surface again recently.

Anecdotally: On a single day during the Fringe Festival I saw multiple posts by artists lamenting the sorry state of criticism in Philadelphia (“We are experiencing a laughable paucity of quality criticism in Philadelphia performance… What we have (with a few exceptions) are opinionated novices who need to read more.”). One recent review on this site provoked noticeable hand wringing and a flurry of online comments. In May, a leading Philly theatermaker wrote a well-balanced editorial protesting the critical response to the Wilma’s production of Christopher Chen’s Passage (basically, the reviewers didn’t get it). I was recently invited to coffee by a local performer/creator/writer to give input into a research project into the state of local theater criticism and its inability to adequately review new forms of dramatic art.

Tomorrow, indie theater creator Chris Davis hosts an outlet for this putative sentiment with The Z-Files: Bad Reviews. A night of people reading, analyzing, and celebrating their bad reviews, Z-Files allows artists to exorcise hurt feelings in front of an audience of friends and peers. I’ll be in attendance to hear and empathize, but I thought I’d put together a list of suggestions of actions which might actually improve criticism, beyond impotent complaints.

Here are 10 actions you can take since you’re upset with theater criticism in Philadelphia:

*Saying “make better plays” seems petty, but I cannot stress this enough. We’re symbiotic. Places and time periods get good theater criticism when they have good theater. (Maybe vice versa too?) Critics have to see a lot of theater, and it’s seriously taxing to see shitloads of mediocre plays. To me (and not everyone has the same opinion), this means making plays which surprise, choose difficult choices, eschew easy political orthodoxy, create believable characters engaging in real conversations and plausible plotlines, aren’t self-serious solipsistic nonsense, don’t ape shitty TV episodes that would be too shitty for shitty TV, or otherwise succeed artistically to create something you’d like to recommend to an intelligent general arts admirer. It’s so hard to waste 90 long minutes with a mediocre play and then spend hours trying to engage with it and write something intelligent about it. I know good writers and critics who contributed positively to the critical conversation in Philadelphia but who stopped writing theater criticism because they were bored by the output of local theater companies. If we want good criticism, we need good plays.

For various reasons, I’ve stepped back from reviewing and publishing reviews quite as much as I once did, but I think perhaps there’s a point to it. Do we agree?

4 Replies to “10 Ways YOU Can Improve Theater Criticism”