Next Move Dance presented A Rap on Race from Spectrum Dance Theater at the Annenberg Center Live, October 12-13, 2018. 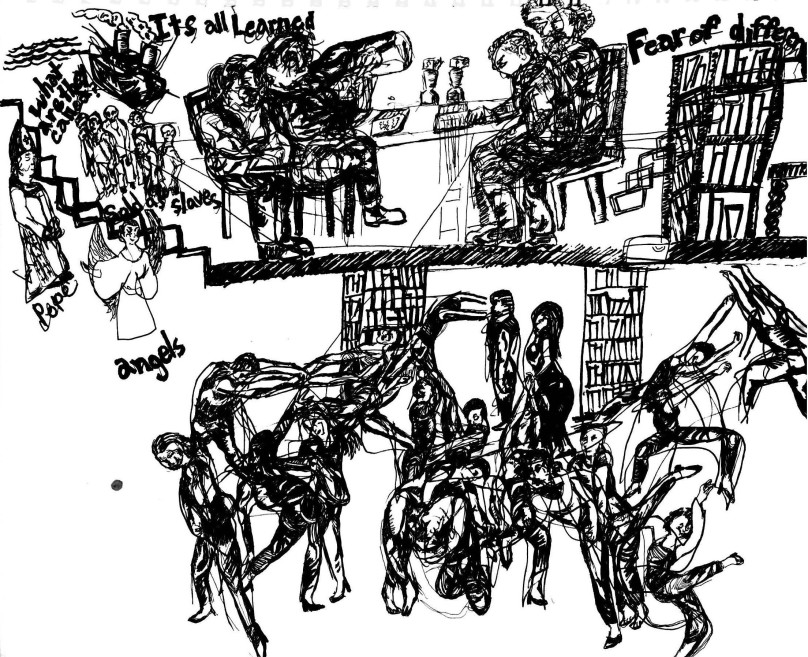 The words and movement of A RAP ON RACE were an accurate representation of the modern world. The stage was divided by the loft that was above the stage. The conversation between James Baldwin and Margaret Mead went back and forth, and the meaning of their words about race and how things worked in the world make this dance speak for people’s actions.

My interest in dance and the language that moves the conversation from intellectual to abrasive opinions. It translated the language of our bodies into the dialogue, and the mutiny came through in the class and the color of the dance form. The difficult subject of race was the problem that one man’s interest was another man’s hatred. The dance talked about the intentions of our words. Solos, duets, and full ensemble added emotion to words. A flawless, untouchable, restrained movement below the surface, and above the surface dumbfounded ideology stretched across the table. 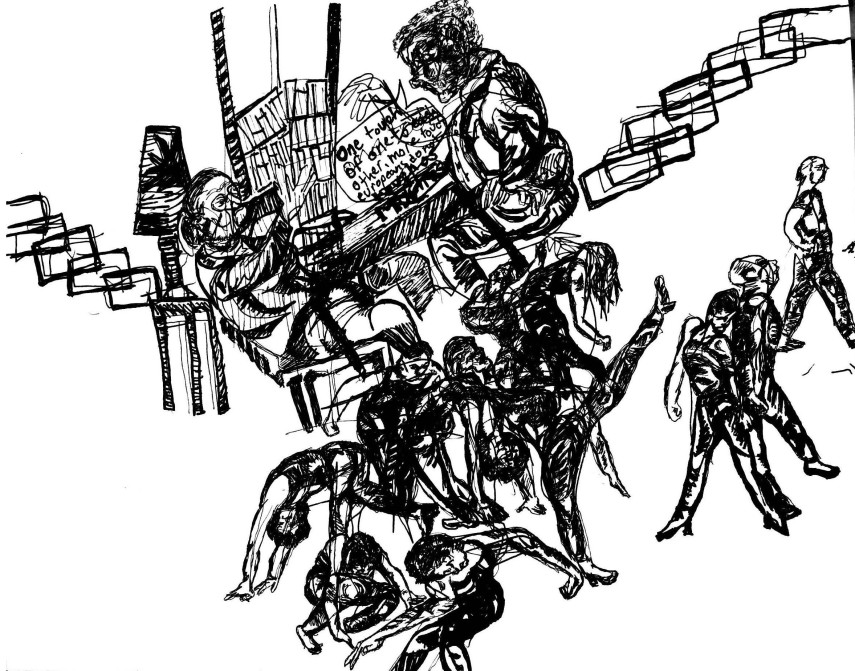 A RAP ON RACE made the argument that what was said and what was not being said both equally important to the conversation. The anthropologist, Margaret Mead, brought to the table facts about the color of the dead being black, and the angelic white skin observed by the pope. The romantic writer, James Baldwin, answered these stark depictions of reality with indifference.

Based on the recordings of a 48 hour dialogue between the two visionaries played like music, and the dancers scattered across the ground floor below the loft. During these pauses in the argument the last word from Baldwin lingered on. Distrust in his statesmen, indecisive of whether to listen to his preacher or his mother about sitting down in a subway car, or the sense of touch in African American culture were incorporated into the mood. Distrust was in order to keep the origin of the conflict relative to the prescribed love that a white statesman says he felt for the history of slavery. Whether to getup for a woman was right or whether to give up your seat to a white woman was wrong, a feverish young boy in between love and hate, forged a hypocritical scenario.

It was like an antagonist in high heels and white skin. Baldwin saved his breath, and his presence was the key to his argument. The origin of African American culture resonated when Baldwin spoke, “I will never be home” in the recording, but Mead initiated the recording to make this interview as if to play another part in IF BEALE STREET COULD TALK.