Mario Lopez and Daphne Rubin-Vega lead a group of Broadway performers lending their voices to a new “Get Out the Vote” music video  (“hashtag: #EnoughAlreadyVote”) released in anticipation of the November 6, 2018, election. 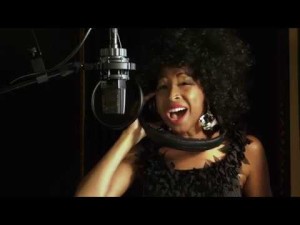 Saved By the Bell star Mario Lopez, who also starred in the revival of A Chorus Line on Broadway, provides the call to action to vote this November.

Written by Seth Bisen-Hersh and R.C. Staab, “Enough Already” is from the musical, The Diamond as Big as the Ritz, based on the satiric F. Scott Fitzgerald 1920s novella of the same name about a rich paranoid family hiding their wealth in a secret Montana location.

“The song was originally written as an anthemic epilogue about a story that’s almost 100 years old,” says Bisen-Hersh. “Only recently, did we realize the relevance of the message to our highly-charged political climate and decided to use the song — almost exactly as written — for a online message to remind everyone to make a difference this November at the ballot box.”