“I would usually show up super hungover to a moving job on a Saturday and would invariably drop something or break shit. I once had a box of someone’s stuff fly off the truck on the freeway and that shit went everywhere. I gave him 20% off.”
—John Rosenberg 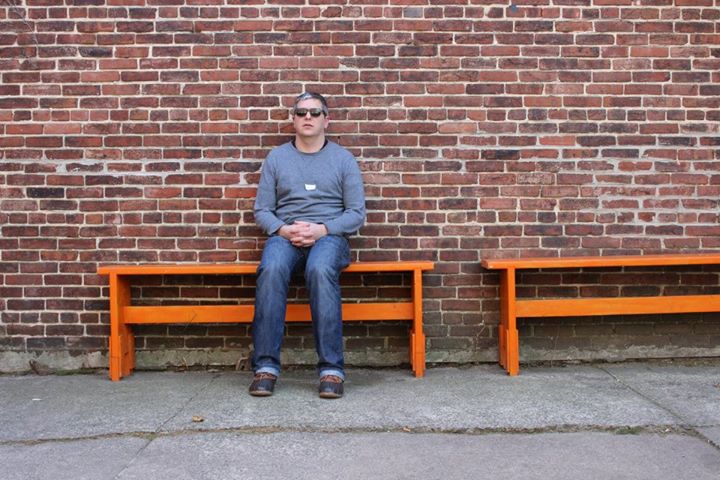 “It is weird to come back,” says John Rosenberg about his Papermill Theater in Kensington. “Nothing and everything seemingly is the same.”

Rosenberg left Philadelphia to return to his hometown Los Angeles in 2014, but returned late last year with his Philly-born wife and their newborn. In his last stint here, the playwright built a reputation with a series of well-reviewed but little-seen full-lengths at the Papermill. (Check out this article profiling him towards the end of his time in the city). A small proscenium on the bottom floor of a converted multi-level warehouse of artist studios, the Papermill will host Rosenberg’s newest work, Low Cost Mules, October 20-29, 2018.

He describes the play as “about two movers who are clearing out a basement of a super nice house in Kensington, California, which is north of Berkeley. While incompetently doing the meaningless task, the two movers talk to a woman who a lifetime ago was a crusty punk.” It features actors Laura Sukonick (in a nice bookend, she appeared in Rosenberg’s last Philly full-length in 2013) and Wyatt Michael (who also appeared in several of the playwright’s previous works).

Rosenberg based the play on his own time as a “low cost mule” along with a friend who had dropped out of medical school.

“For a short period of time in 2004 I had my sister’s truck and realized i could make money doing moving jobs in the Bay Area,” he tells us. “ I think it is fair to say it was the first thing I kinda did on my own other than steal drugs from people. At the time I worked at a non-profit and would tell my boss i would be right back and then be gone for a few hours moving shit. It was great. People would pay me $25 an hour to move stuff.”

It’s a DIY attitude which has followed Rosenberg into his theater career. His productions are low-budget but high-quality, not straining to find an easy plot, but instead focusing on realistic relationships with familiar-sounding dialog. His company Hella Fresh Theater has the tagline “we make people.” 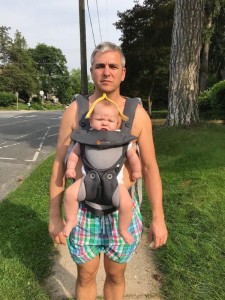 Rosenberg’s time as a mover yielded many stories and a little cash: “It was neat to be invited into people’s homes and see how they live and touch all of their shit,” he reminisces. “Invariably, people are very forthcoming about their life. Lots of people with mental illness seemed to contact me to help move. Perhaps it is because I would post ads on Craigslist using the name the low cost mule. The moving jobs became my drinking money. Move a couch from the airport to Berkeley, get $100 and then super get hammered. It was really great. I would usually show up super hungover to a moving job on a Saturday and would invariably drop something or break shit. I once had a box of someone’s stuff fly off the truck on the freeway and that shit went everywhere. I gave him 20% off.”

“One super weird thing i learned from that time was my sister’s truck was on a lease and we hella went over the lease mileage limit. When we took it to the dealership to turn it in and expected we would have to pay for mileage overage, the dealer told us to go to a house of some Israeli guy, pay him $200 and the odometer would be rolled back. Don’t buy new or used cars is the moral of the story.”

Being back in Philly is “weird and great” for the playwright.

“I loved it here when we left and was heartbroken,” he says. “I am from Los Angeles so jokingly always told my wife I fucking hated Los Angeles.” But he soon adjusted to life back on the West Coast, in a place half a mile from where his sister lived. “It was neat to be in the city you grew up in, be in love and have a little money in your pocket.” 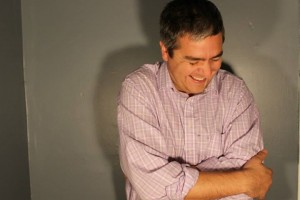 He didn’t follow the path of many theater people who move to the city to work in TV or movies. Instead, he “really wanted to just write plays and put them on.” Rosenberg and his wife produced five plays in their apartment in Culver City, continuing the life of Hella Fresh Theater, which has now followed the pair from San Francisco to Philadelphia to LA and back to Philadelphia..

“I had a great day job at UCLA and could take the bus to work,” he remembers of his life in Los Angeles. “I thought honestly my life was going to be putting plays on in whatever apartment or house we lived in LA, have a day job and go to Ross Dress For Less with my sister most nights of the week.”

At the end of 2017, his wife gave birth to a son and decided she wanted to return East, where here family lives. “I totally never ever ever thought we would move back to Philly,” says Rosenberg. “It was like a wish you never thought would come true coming true. I had a great time in LA, don’t hate it anymore and now we are back here.”

If Rosenberg’s previous works are any guide, Philadelphia theater should be immensely richer for his return.

“My plan is to keep doing indie theater up in Kensington, find actors who want to work with me, write plays designed for them, and put them.,” he tells Phindie. “It would be neat to have a thing where a bunch of DIY theater people use the Papermill as their home base putting on new shit for next to nothing.”

Next up after Low Cost Mules: And Then One Feels Great Anxiety with Jenna Kuerzi and Harry Watermeier.

3 Replies to “Mule for Hire: John Rosenberg returns to Philly with some hella fresh theater”