The subject of modernity in the sculpture, music, puppets, and performers heightened the natural aesthetic of a dreamscape. The symbolic elements mixed proportions of reality in an imaginary realm. The method of dancing with the puppets moved from the dreamer into another dream. The butterfly puppet whizzed by, and new questions of other in an altered state altered state took over. Hua Hua’s Visual Expressions mapped the dream, and involved acute appropriations of pieces of the set that made the dream feel more real. The questions arise in a linear fashion from tribal art to underground ritual. Contemporary fabrics(paper or plastic) and an age old shadow effect in the collaboration between Hua Hua and Nai-Ni felt methodical. By dancing, unclear details from a dream, became more significant through the sense of touch. 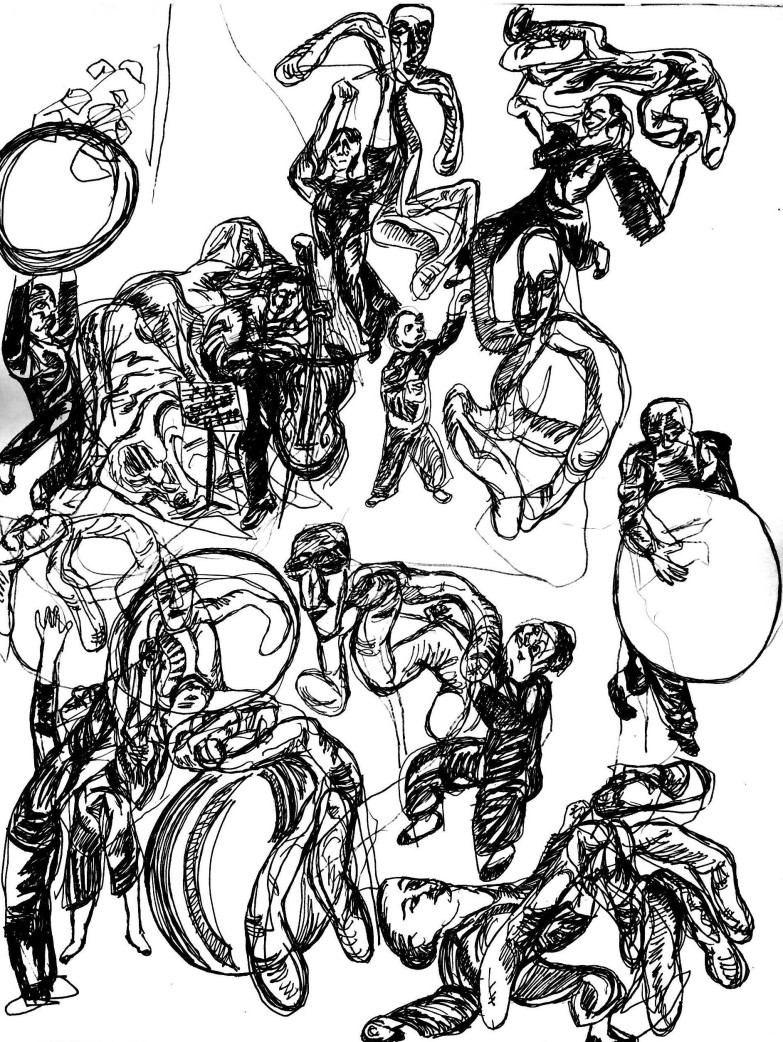 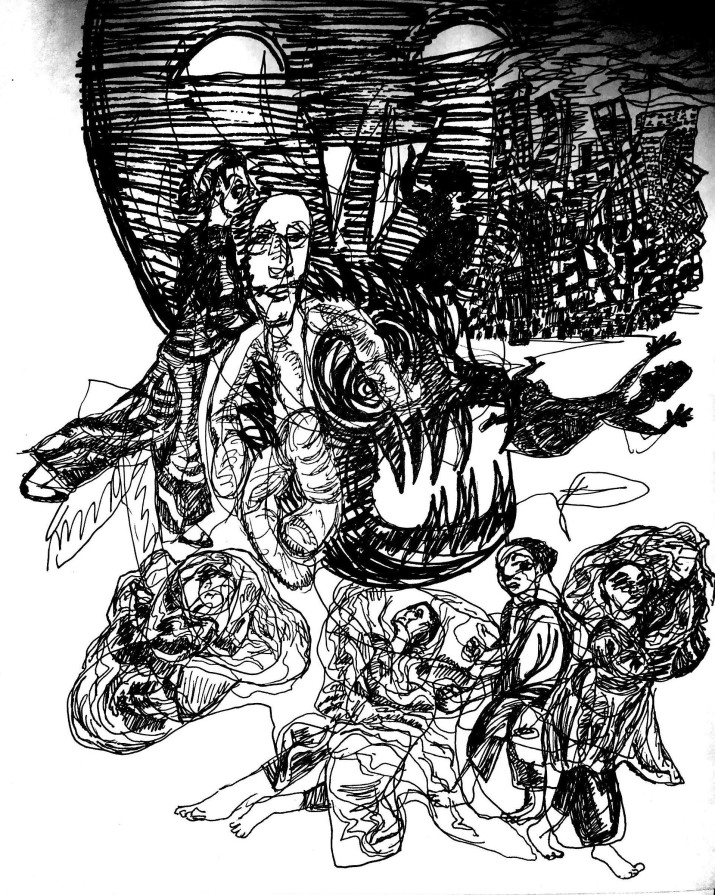 The live musical performance, played by Nan-Cheng Chen, blended into the surroundings. Chen either played the cello laying down or the cello player was part of the sculptural rock outcrops. The dimension of the physical space, sound, and the manipulation of paper and plastic addressed the earth, wind, or water. 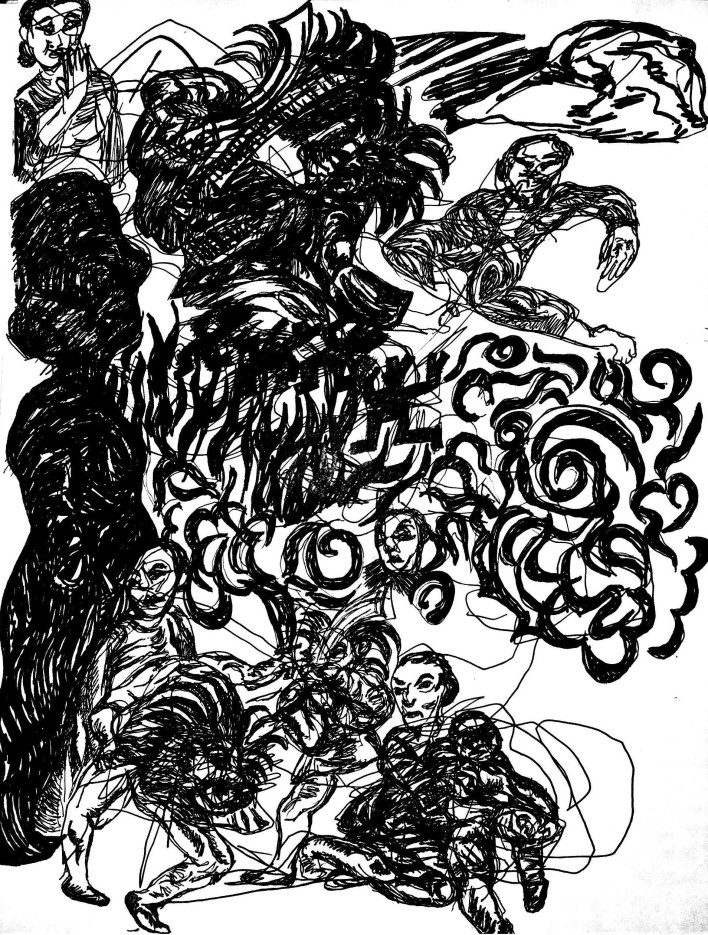 The performers propelled an internal structure for emotion to act out in a dream. The forms in “Who Are We” or “Paper Women’s Nightmares” hid the body under costume. The forces which undulate underneath a rustling sheet of plastic or paper distorted the anatomy of the body. The modern world imagined through Freud’s scope questioned latent thoughts manifested in our dreams. The proportion of illusion and movement in the last piece, “Water” relates the heavenly question about our dreams to the meaning of other under a disguise. 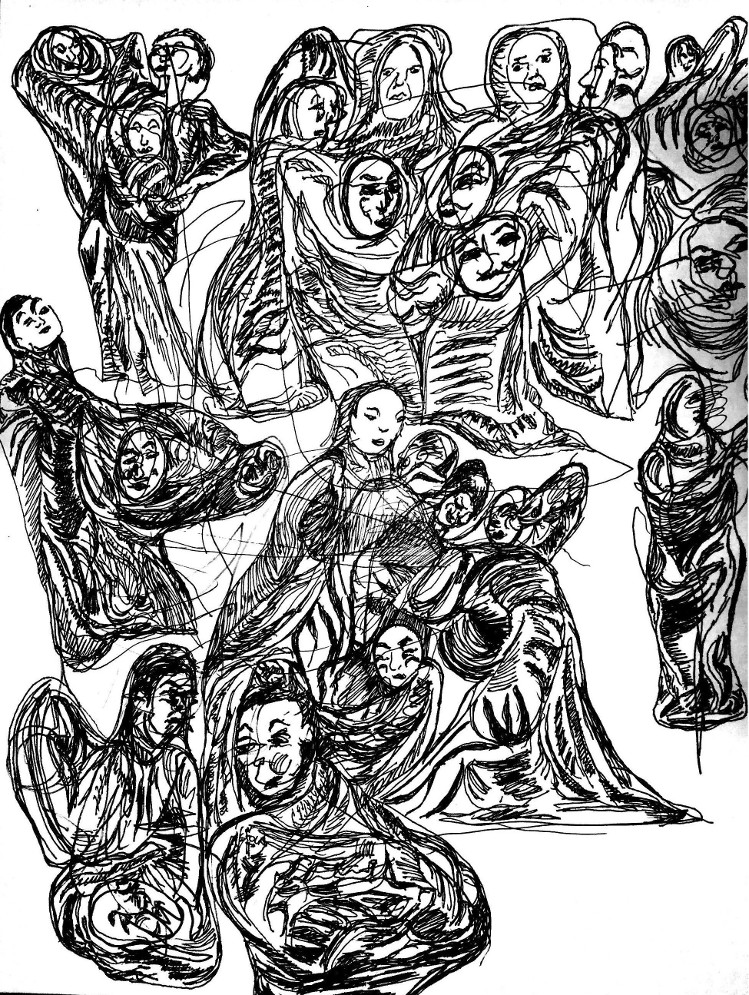 Hua Hua’s Visual Expressions goes onto perform at La Mama in November. TAI WEN: HEAVENLY QUESTIONS FOR MODERN TIMES reinterprets Zhuang Zou’s poem which drew from Confucians writing in a satirical manner. There were many allusive meanings of family, honor, and wisdom that criticize the philosophers during the 4th century Warring State in China. The naturalist in Daoism brings out the controversy of judging virtue, piety, and truth. The collaboration of Hua Hua and Nai-Ni brought out the interpretation of dreams recognized as a modern narrative.

TIAN WEN is a commissioned piece for the International Puppet Festival at La MaMa Theater of New York and will run November 3-5, 2018, as part of that festival.