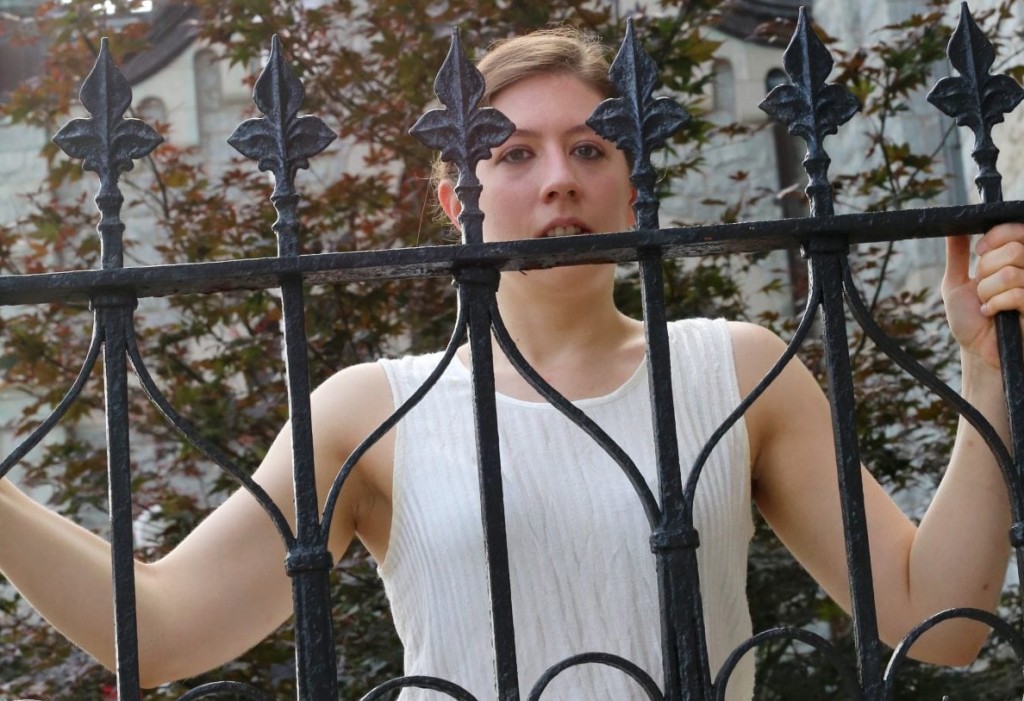 Part one of Svaha Theatre Collective’s THE CROWN IS BURNING series, LONG TROUBLE opens with a sly snatch of Herman’s Hermits’ jaunty “I’m Henry the 8th I Am”. This is the story of Queen Catherine (Jessica Otterbine), Henry’s “true and humble wife” who has been cast off, and about her daughter. Mary (Heather Birmingham). who will denounce her and become a queen, and Anne Boleyn (Stephanie Iozzia), who will be a queen.

The Collective mines bits of gold out of the spectacle and ennui of the antique Henry VIII play.* Selected moments comprise the story, although they can briefly confuse due to the fluidity of some dual roles. The focus is on Catherine’s elegiac laments: “See how soon this merriness meets misery.” Distressed and powerless against injustice done to her, Catherine is the King’s long trouble. Crooked and doomed Cardinal Woolsey (Leo Bond) is retained in this women’s play as a necessary plot device. He advises Catherine to “Unthink your speaking,” meaning to put herself under the contemptible King’s protection. Double in words and meanings, Woolsey brings an unwelcome intimation of this ignorant present and our current political scene.

There’s a lovely simplicity in Elise D’Avella’s staging of the tragic story. Use of the charming “Greensleeves” tune is fitting. The company must have known it is purported to be a Henry VIII composition. There’s singing, flute, guitar, and some hand-held electronic device I don’t know. With conceptual dance and court dance, women’s high heels click on the expansive wooden floor. But the drama lies above all in the words, not in action.

*William Shakespeare’s Henry VIII, more poem than play, was an anticlimax after the success of The Tempest. Widely attributed to Shakespeare and John Fletcher, Scholars credit specific lines to Fletcher, to Shakespeare, and to both working it out together.