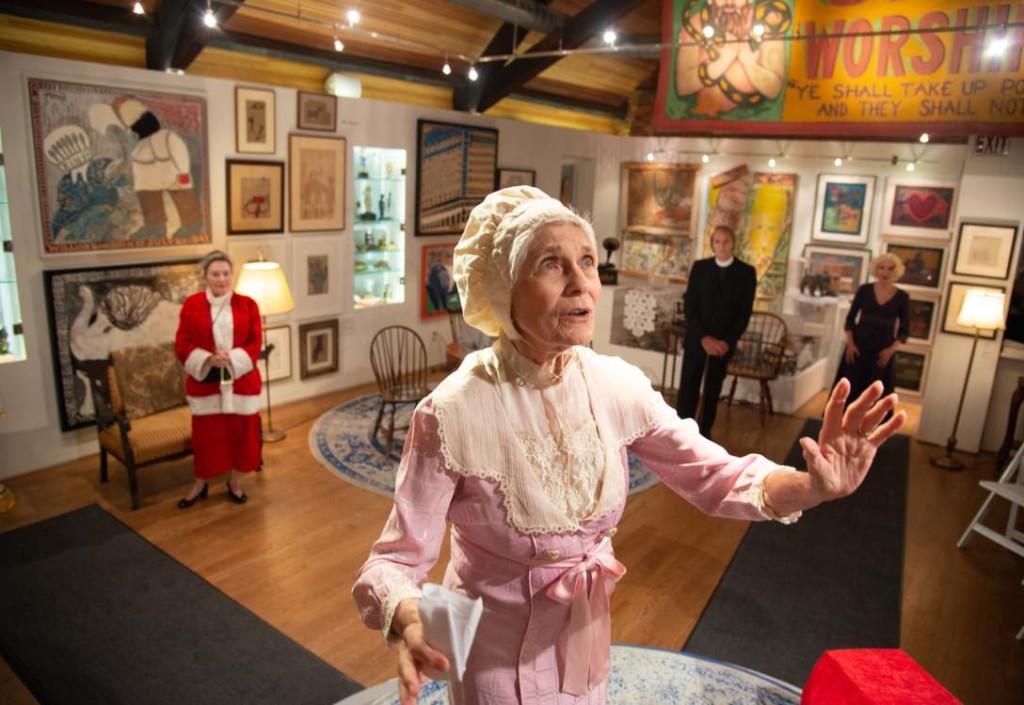 I enjoyed IRC’s  crisp and affecting production of THE ECCENTRICITIES OF A NIGHTINGALE, which has been reviewed on Phindie. I have brief, assorted thoughts to share on the subject. Like how this play’s mix of classic Tennessee Williams ingredients includes troublesome mothers, a less than eager gentleman caller, and most importantly, a poor thing. Eccentricities’ Alma Winemiller echoes other nervous and fragile women: Laura Wingfield and Blanche Dubois, also Hannah Jelkes (Night of the Iguana), Catharine (Suddenly Last Summer), and Marguerite (Camino Real).

Alma Winemiller (Tina Brock was born for this role) is a bit different. Along with her charming awkwardness she is loud—and nervous and fragile. The whole cast for IRC’s production is particularly well chosen.

It’s interesting that Tennessee Williams believed he had a heart condition, although he did not have one. He must have allayed his worries by bestowing his fears on his creations— characters who either have, imagine, or claim to have heart problems. Alma is numbered among these, along with Candy, the drag queen in AndTell Sad Stories of the Deaths of Queens, Kilroy in Camino Real, the Reverend in You Touched Me!, Sebastian (only according to his mother) in Suddenly Last Summer, in addition to other characters in his prose stories.

(The ticket to IRC’s Eccentricities includes access to The Bethany Mission Gallery, which is not open to the public. I can’t stress enough what a rare chance this is to wander around Victor Keen’s private collection of unusual pictures and paintings (Outsider Art), vintage radios and toasters, toys, and other curious stuff that’s truly something to see. It doubles the pleasure of your theater ticket.)