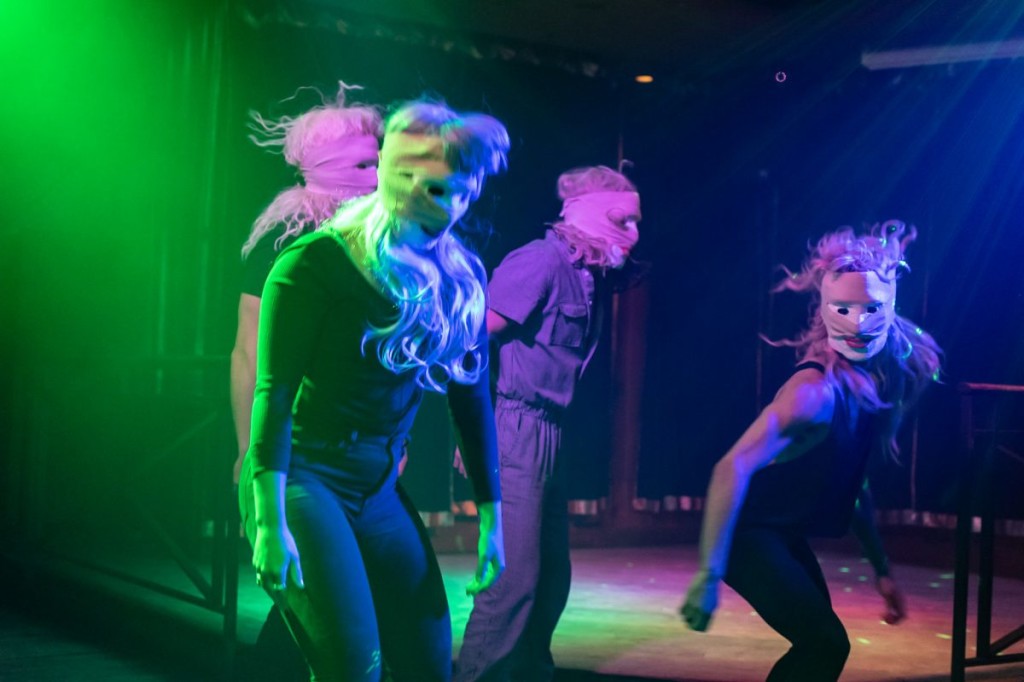 Gather yourself for an illuminating walk along a dim, roughly hewn path into untamed territory where sounds and other sensory elements gather in corners to conspire. Your brutally handsome, knowledgeable Tour Guide (Scott Johnson) will tell you all he wants you to know as he takes you beyond the plastic fantastic curtain, into a realm of rearranged reality. Once past the portal, you must make a choice between three themed rooms. If you cannot decide where you will go, perhaps distracted by murky nuances and noises around you, your guide may help you. Or not. As you’re helped along to the ‘Cellblock’ room, you catch a cheating look into the neighboring room, a glance at a static filled screen and a screaming captive incredibly bent into a cage, black clad figures whirling supplely about. There was more, another room, maybe a burlesque bathroom, but then the cellblock inhabitant (Teddy Fatscher) insisted on sharing pages of his newspaper. Tales of political incorrection loom up through dismal light as he skipped rope, jumping and stepping like a dancing hellion through the dross of imprinted pages on the brain.

Buy a drink at the door and become UNHINGED at the Fringe!!