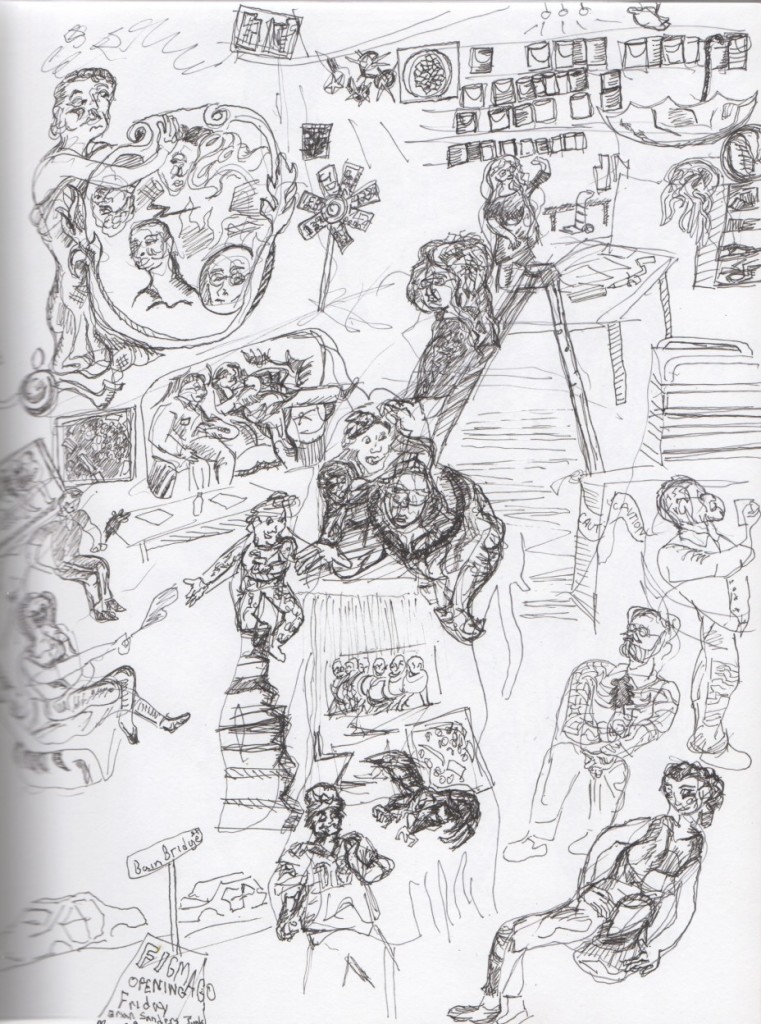 The preview at Meg Saligman’s Studio of FIGMAGO was a different kind of escape room. FIGMAGO was an escape off of the beaten path. It was a tour of Meg Saligman Studio. The discussion about the mind of Meg Saligman as an artist and her artwork lead us to making clear observations about the space. Things that would stick out to us were the bags of prayers hung from the ceiling, or cans of paint along the back wall, an upside down umbrella, and a baking rack full of paper cut out puppets. Meg has been creating murals for Philadelphia for 30 years inspired by the lively arts of theater, music, and dance in Philadelphia.

The muse was on all of our minds, and one of them seemed to come alive. From the balcony, behind a painting a Philadelphia actor stuck his head out. The tour was lead by the muse himself. The jester, the fool, and liaison of comedy, politics, poetry, or dance described this tour through the workings of an artist’s workshop. You may remember the Italian Renaissance and the guilds which collaborated under a master artist. The competition to capture the imagination of the cultures leading families was a mix of portraiture, and performance. The socialites wanted the style of the times, and the subject of beauty was developing trends for how a person should be presented in a picture frame or in sculpture. This is where Brian Sanders’ JUNK comes into the mix. 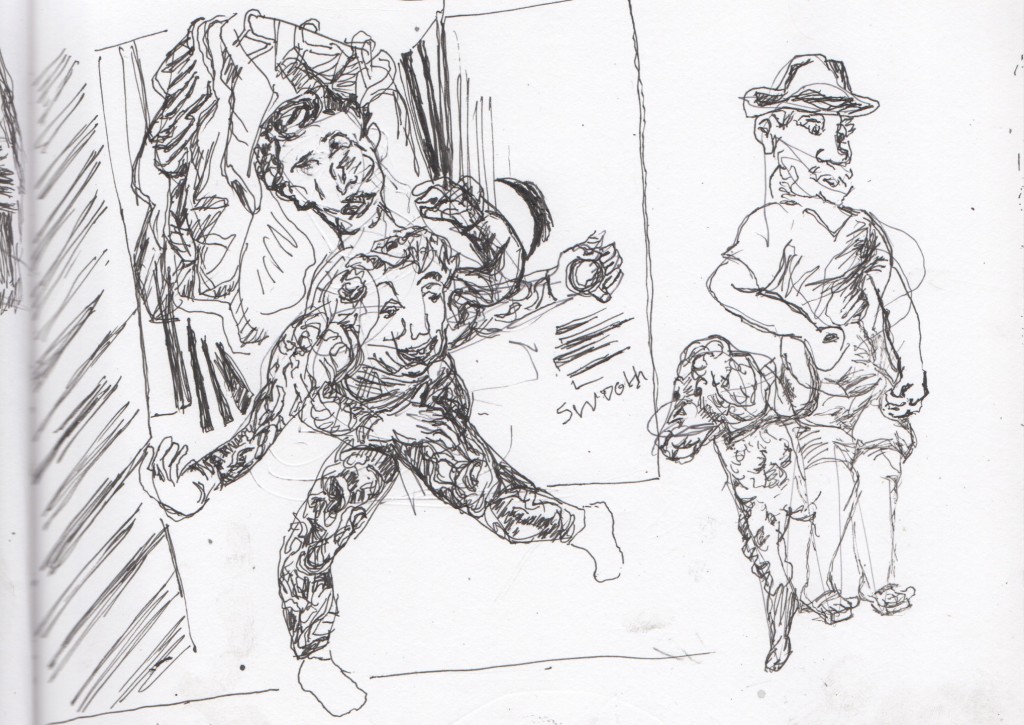 FIGMAGO was a walking tour that begins to reveal unknown peculiarities about six muses that inspire the artist’s mind. Each room correlates with one of the six muses Meg Saligman found as specifically “Philadelphia Muses” for a mural in 2001. This creative factory and Brian Sander’s JUNK pushed the insane identification of artist’s habits with five dances around light, hoverboards, electricity, heart, and affinity. 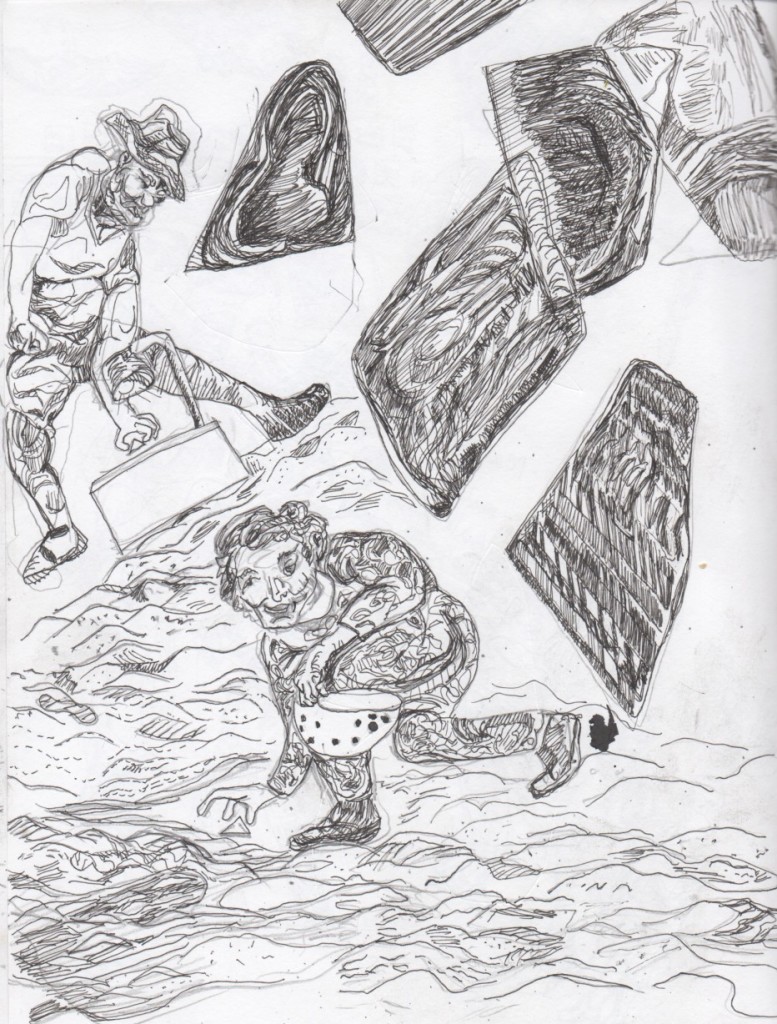 FIGMAGO runs every Wednesday through Sunday through September 23, 2018 atMeg Saligman Studio, 825 Bainbridge Street. From September 6 to 23, it forms part of the 2018 Fringe Festival. Performances of FIGMAGO Alive featuring Brian Sanders’ JUNK are select times on Fridays through Sundays. Visit figmago.com/tickets for tickets (and FringeArts.com/event/figmago for tickets during the Fringe Festival).