Conventional playwright Eric-Emmanuel Schmitt adapted his novella, Monsieur Ibrahim and the Flowers of the Koran, into a theatrical performance. The author performed it for one night in New York at the French Institute Alliance Française . The main character, Momo, became well acquainted with an older gentleman of the name of Ibrahim. Momo thought he was an Arab, but that was only presumed in the street where Jews and Muslims share conversation, smiles, and joke with one another. He is always smiling and eating peanuts. Momo’s father was like the humorless bastard of the play. The humor expressed an ironic plot through a small street in Paris, Rue Bleue, where different religions danced together . Beautiful vignettes of life appear to be a dance between prayer and what makes us move to sounds, remember smells, and sights we could meditate on. 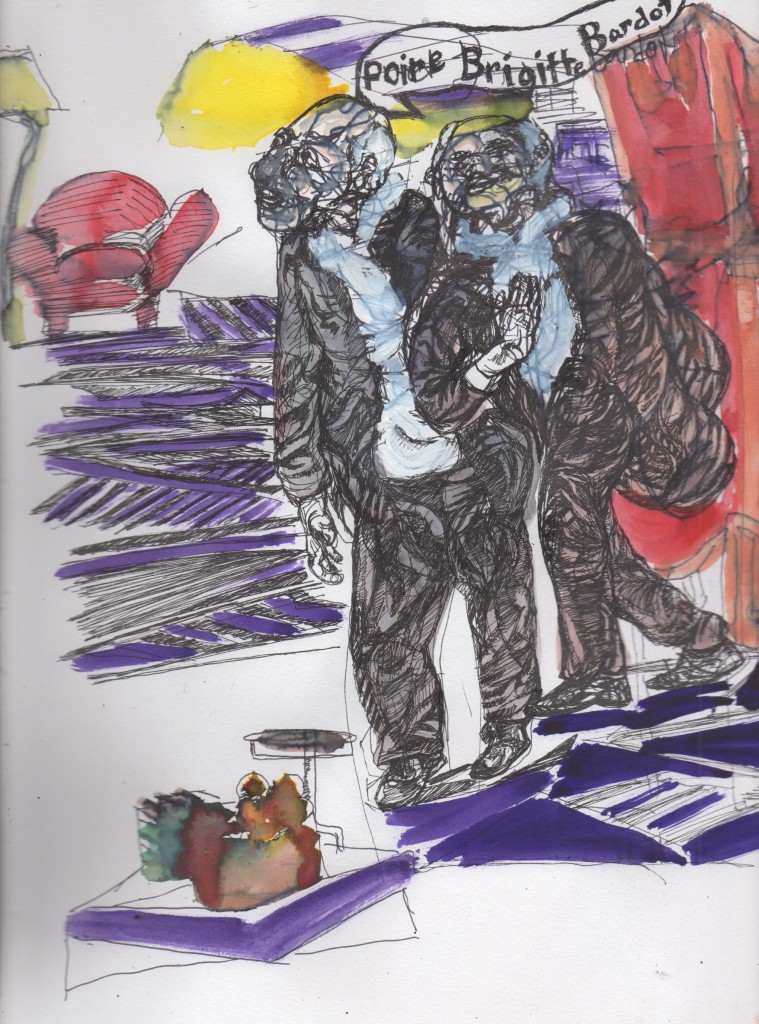 The theatrical performance of a novella expressed the beauty of the French language. His body language accentuated the vernacular speech. The performance of one man showed a dialogue which explored perspectives of the young and the old. Pieces of the set tied together the narrative of a boy becoming a man, the death of his father, and women in his life. An armchair with a lamp, a crate full of apples, and a trifold dressing screen related to instances from the 2003 film directed by Francois Dupeyron. Under the lamp the father was depressed and he was hopeless. Turmoil and conflict was conceived solely of an undertone of disunity which was represented by a darkness that surrounded the arm chair and lamp. Momo and Monsieur Ibrahim followed the shadow of a model. Momo was sexually frustrated while Monsieur Ibrahim was literally impotent. The fraternal adventure of Momo and Monsieur Ibrahim was the search for beauty in the world. 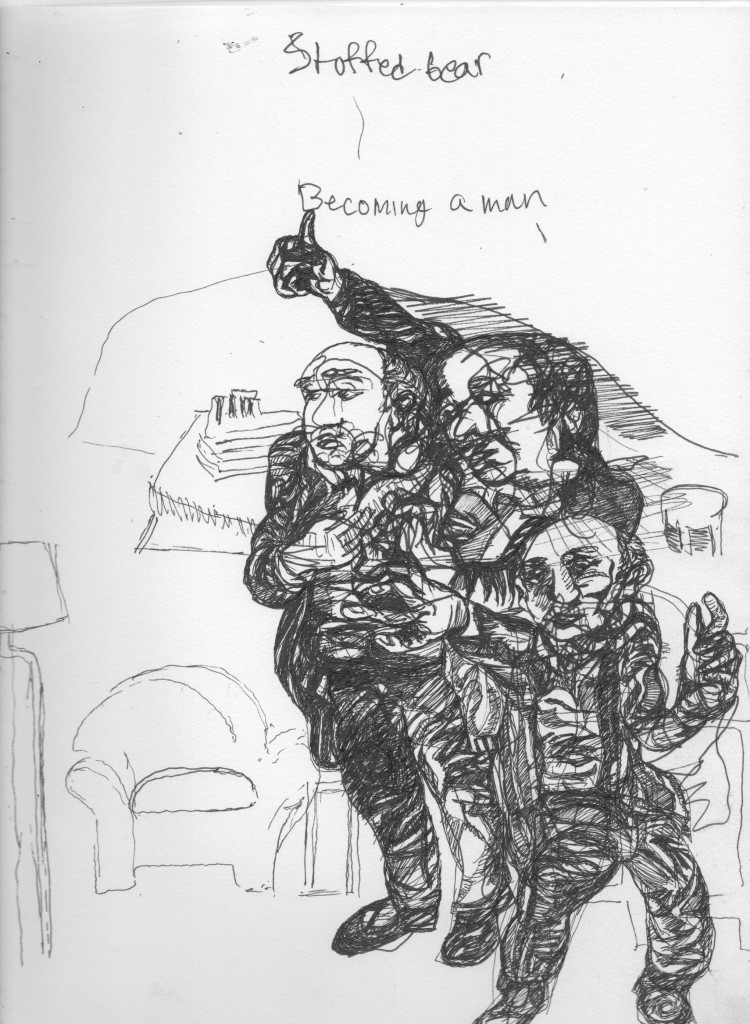 Monsieur Ibrahim points to his Koran, “c’est ce qu’il dit dans mon coran.” “That’s what it says in my Koran.” The dancing from Monsieur Ibrahim showed what it meant to be a Sufi from the Golden Crescent. The author moved from one section of the stage to another. He explained legalism in Islam as the uniformity to a law, and contrasted someone who had a belief in God and someone following a set of doctrines by an unknown God. Monsieur Ibrahim may have physically traveled from Paris to Switzerland, but saving Brigitte Bardot (cannot swim) rather than your wife (can swim) alluded to irrational news, sources in the modern world “your boat is sinking, and…”. The spirit of the dying Monsieur Ibrahim gave Momo what he had, and everything after that was lost. This unbelievable story was based on the life of a friend of Eric-Emmanuel Schmitt. His response was to write about fantasy in reality by starting at the source, and how Momo became a grocer. A fantastic reality about a grocer who was an Arab, a Jew, or a Christian ignites a uniformity among diversity like on Rue Bleue, a road that was not really blue.