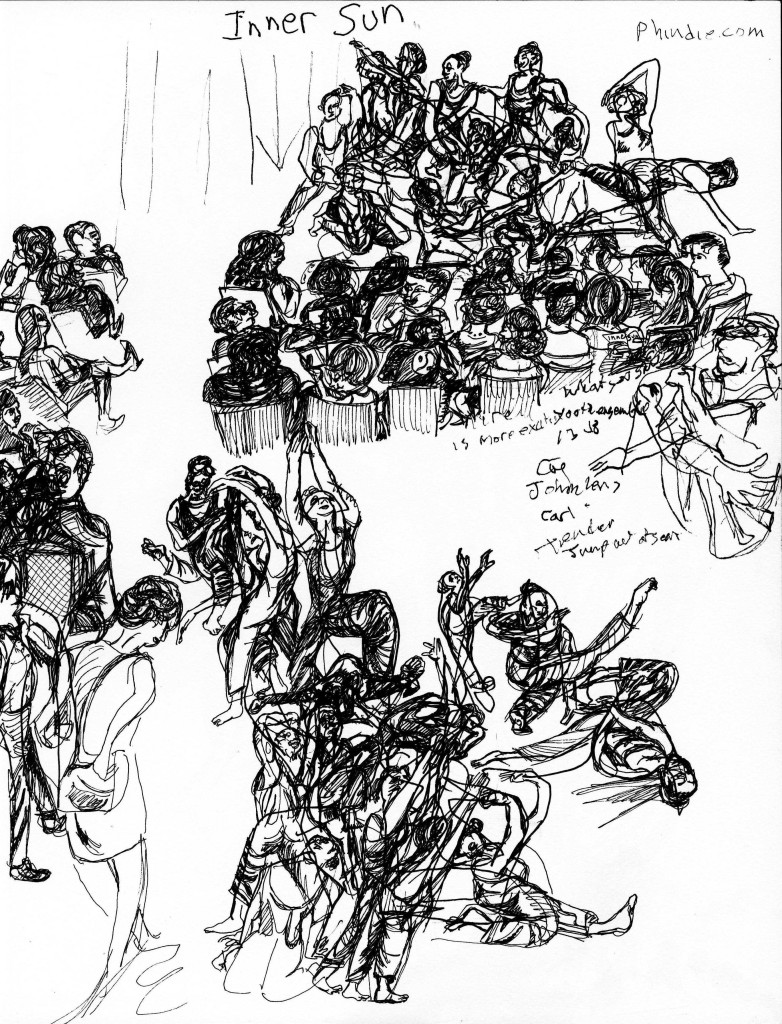 Koresh Dance presented INNER SUN at the Suzanne Roberts Theater April 26, 2018. The dance brought two things to mind, the heart and the sun. The program referred to our heart and the soul inside. The inner sun is the spirit and our heartbeat moves to a rhythm. At the theater, Middle Eastern music, composed by John Levis, moved the spirit through an evolution of emotions. The program began with HIGH REGARD, choreographed by Melissa Rector. The group of women in green colored jump suits planted us on the ground. The dance represented the relationship of the sun to the earth. 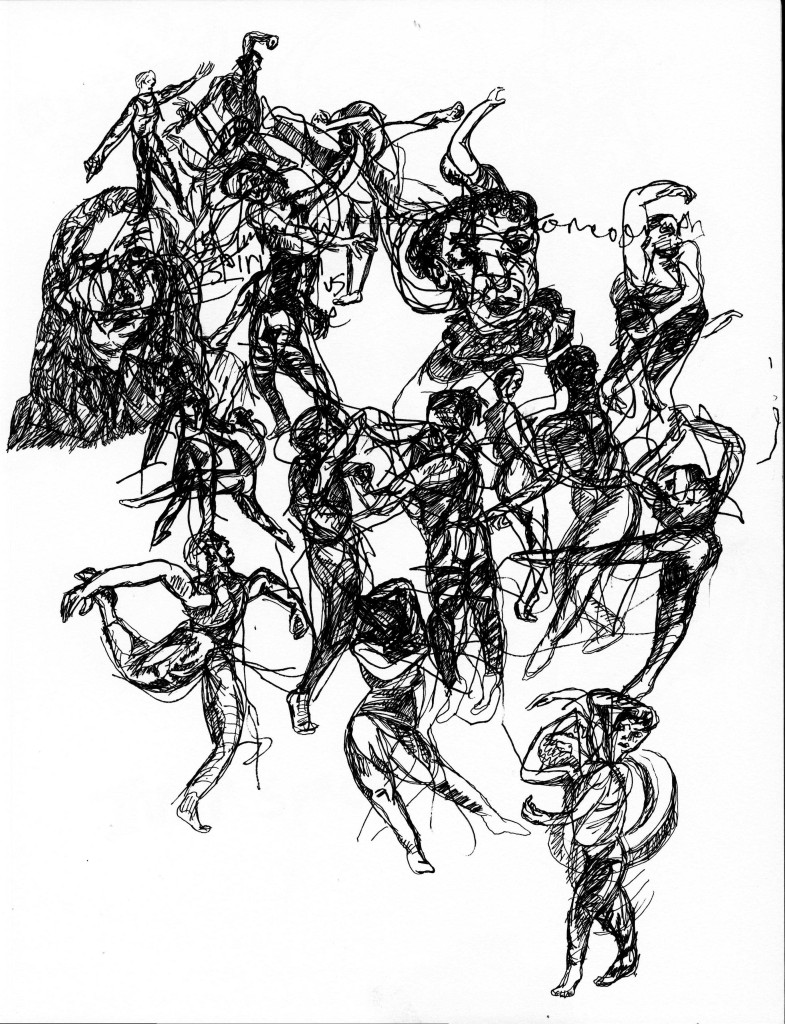 A video played of the Koresh Dance studio and took us inside the rehearsals before the performance. Ronen Koresh introduced the world premiere of INNER SUN by sharing a few words about the heat of the sun and the way people dance all the time in hot climates. The video presentation explained the context of a sun inside of us. The overall lighting design by Peter Jakubowski put most of the stage in shadow and it highlighted the body heat from the dancers. The first part, SUN, was layered with exasperating gestures. While the dancers were visually depicting a darkness in outer space Karl Mullen through his poetry was describing an inner space and a light within. 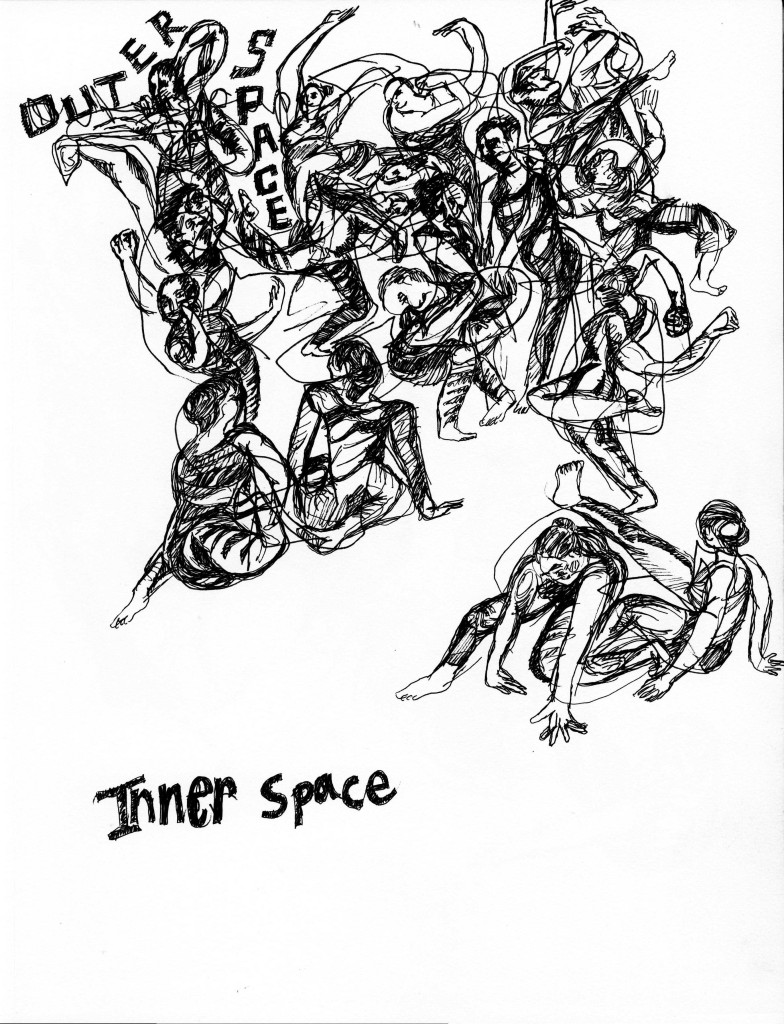 The next part called, GHOST PARTICLES, the exasperated gestures became a feeling of joy and the audience was clapping along. The voice over continued speaking, and “sun sugar” was expressively part of the rhythm, “sun sugar, sun sugar, sun sugar.” The body let out a feeling of joy. There was a sense of realism in how people dance from pain, heat, or as a release. The situation evoked an inward view of the soul. The dance brought out emotions that we could enjoy. 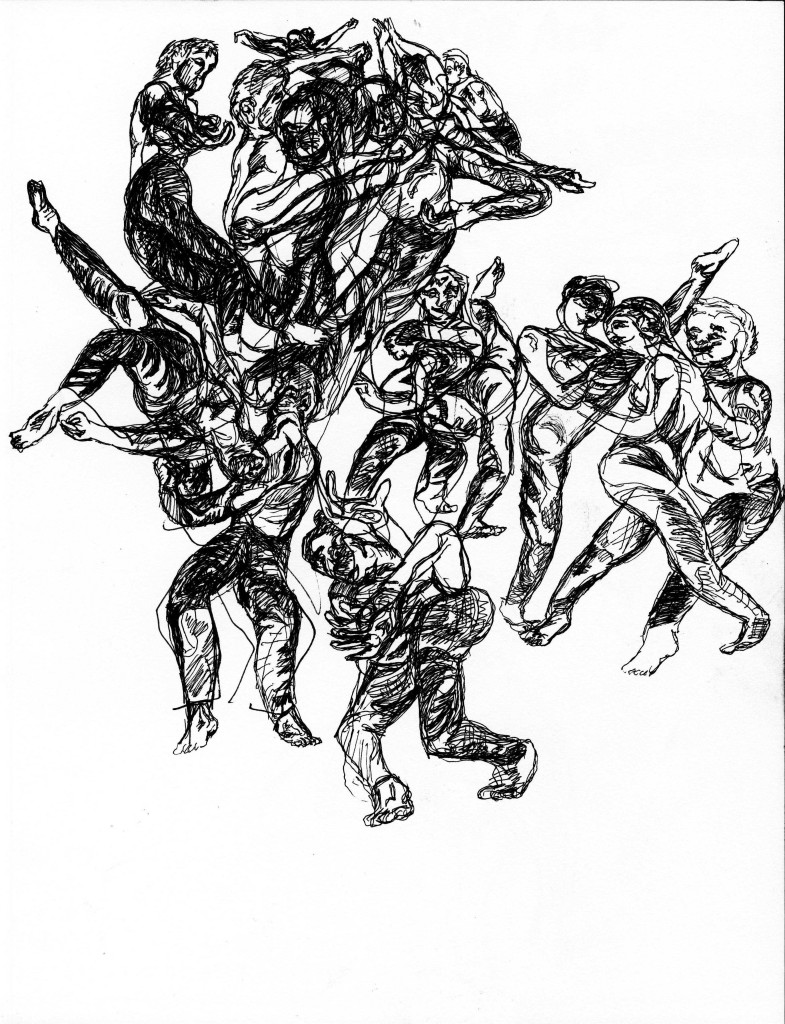 The duet, Melissa Rector and Micah Geyer, in MAJESTY depicted a racing heartbeat with spirit. The soul revolved around the body, and the spirit was between them. If Rector was the soul, then Geyer was the body, and they showed a restrained spirit or a soul soothed by looking into the core of the body. The joy of the environment was in the music and the shadows on stage were consistent with the rhythm of the Middle Eastern music. 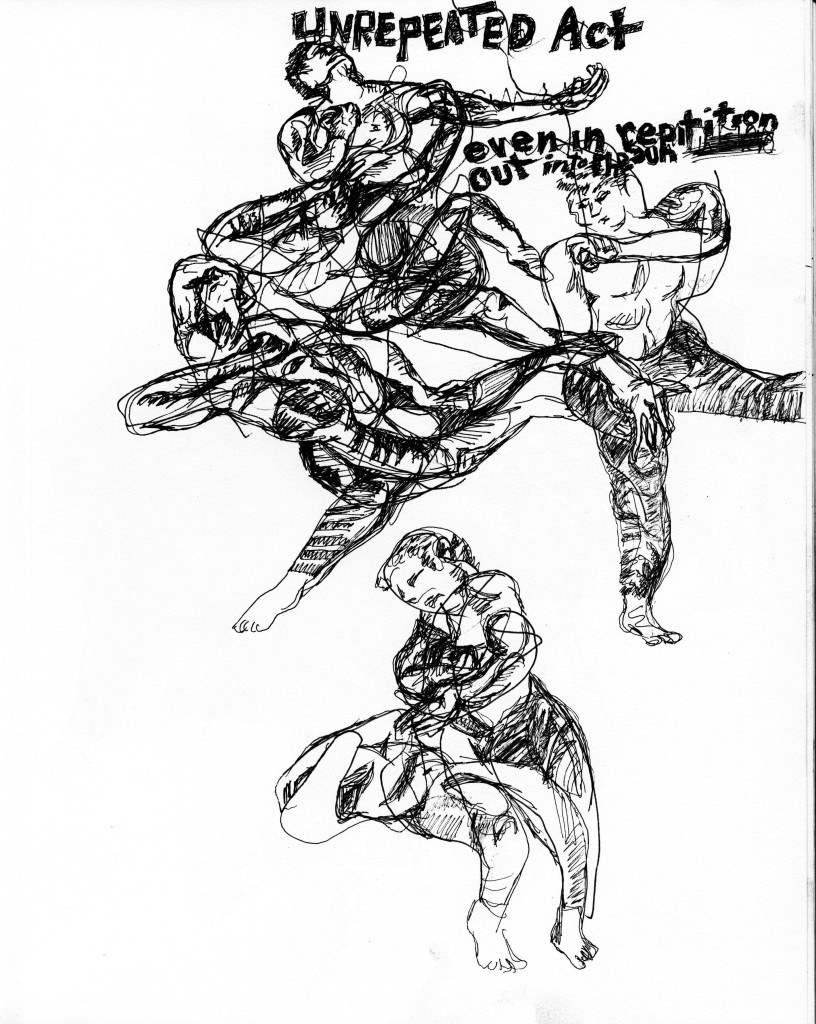 “One for the money and two for the joy.” The poetry throughout the dance was omniscient and helped to create an introverted view of the dance. It showed an inward struggle, but dancing within ourselves was the beauty of the performance. ONE FOR THE MONEY became a landscape of internal pleasure. The greater of the two was the heart that expressed the spirit of joy. The reaction of the audience was to let the spirit move them. 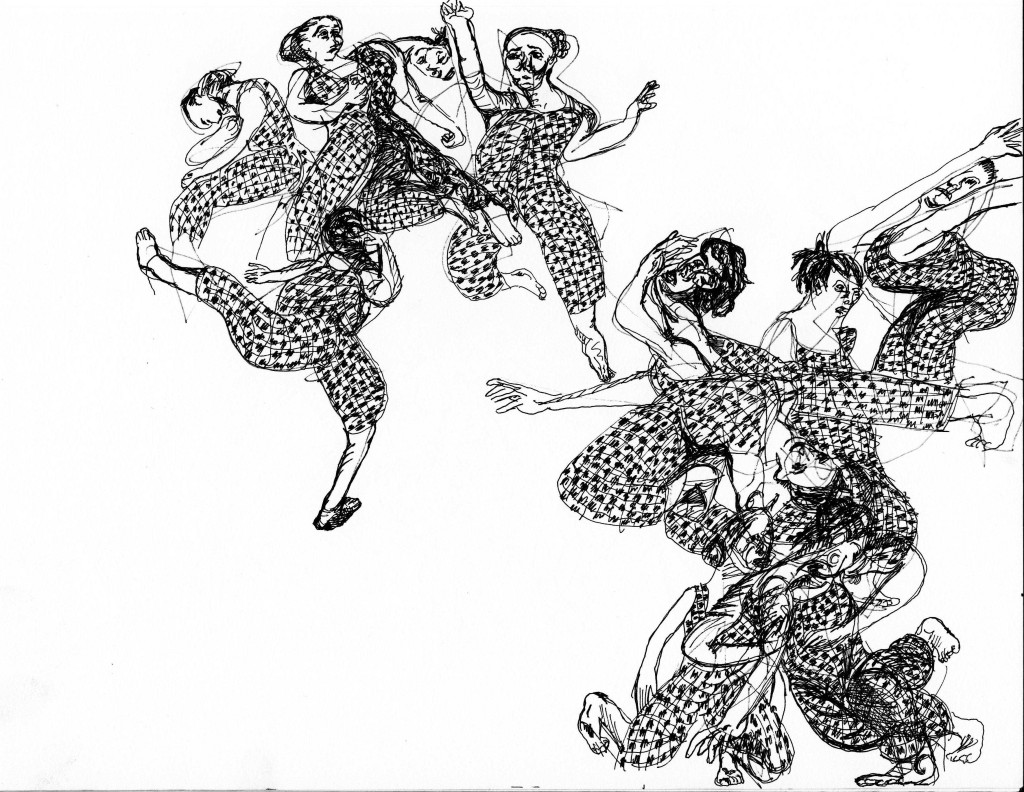 The next dance was a solo piece called, FORGET ME NOT, and dedicated to David Cooper. It repetitively moved back and forth. A monotonous motion pushed and pulled which mimicked the black and white checkered jump suit. The black and white jump suit and the constant whiplash created an illusion of appearing and disappearing. Melissa Rector pounded her chest to reassure that her body was there. It reminded us of spirits within us worth finding for serenity.

The first half ended with two powerful pieces, IMAGINE, and HEAT. The full company danced separated by the men and the women. It showed how our feelings reach beyond our bodies. The dancers appeared to be dancing on the surface of the sun. The sounds of Jewish prayer and the golden light was transient. The traditional relationship of soul and body presented a transfiguration in the Jewish culture that was down to earth, and very real.