Next Move Dance presented Nia-Ni Chen company with the Ahn Trio , April 19-April 22 at the Prince Theater. The tradition of Next Move Dance programs feature an introduction by the choreographer. Nia-Ni Chen spoke about her inspirations, the imaginations of her audiences, and the desire to move to New York and actually doing it! She added a special piece of music especially for Philadelphia, Purple Rain by Prince played by the Ahn Trio. And we began the program with music by David Bowie, Space Oddity. 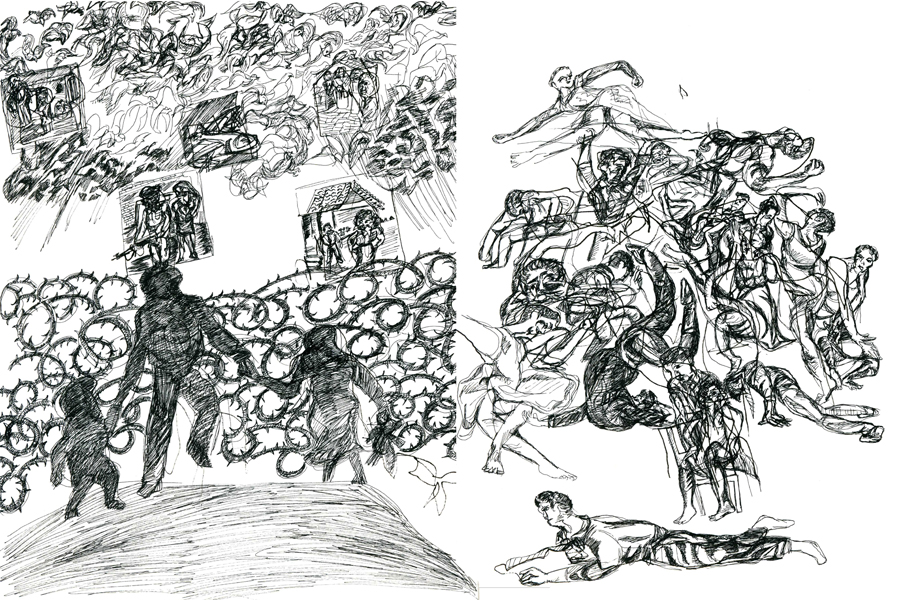 The music from the Ahn Trio manifested a sense of visuals with the movement by the dance company. By playing chamber music accompanied by dancers the communication of diversity was apparent. The pointing upward toward the sky by one of the dancers, and the onlooking dancer seated at the front of the stage we imagined a type of spectacle. The dancers carried themselves across the stage, and moved into a new space with a partner. It alluded to cloning or reproduction among the group. A huddle of bodies create a way for a dancer to step up in a skyward reach. 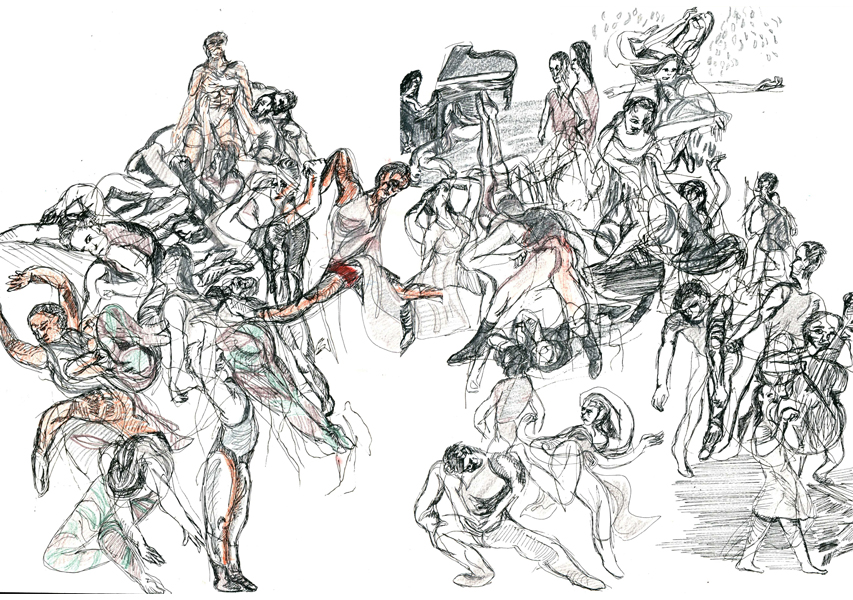 Concrete Stream was the next dance, and the use of water was an extraordinary sight. The lighting design, by Yi-Chung Chen, made a spot light on the bowl of water where Candace Jarvis threw the water above her head. The dancers followed one another around the pot of water. They took turns bathing in an improvised fashion. The silver droplets of water that fall over top of Candace Jarvis was magical because the water was a part of our imagination. The stage was nearly black, and a crescent shadow of a bowl was the only prop on stage. The dance showed femininity rejoicing and a purified image of a man. The poem, A Word for Freedom, by Latif Nasemi inspired this dance. 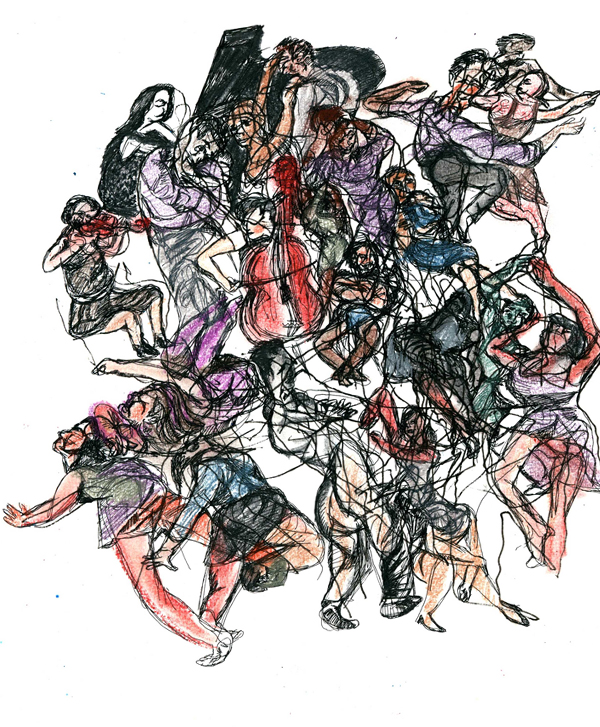 Lina’s Waltz was three parts, the first part was the solo violinist, Lucia Ahn. The projection of small images from a family album appear behind her. A flock of seagulls, barbed wire, and silhouettes of a father with two daughters on either side of him gave the audience a prelude for the two duets, called positioning.

The end of the first half was colorfully mirrored in the second half. With Shape of Water, Alone but Not Alone, and lastly Tomorrow there are elements of nature, patterns, and poetry. The Ahn Trio collaborate to move through a mood and past emotional attachments, like a moving painting. A Quest for Freedom reintroduced the inspiration that music has on dance.The Nia-Ni Chen dance company are performing next week at the Imagine Ellis Island Asian American and Pacific Islander Heritage Festival.