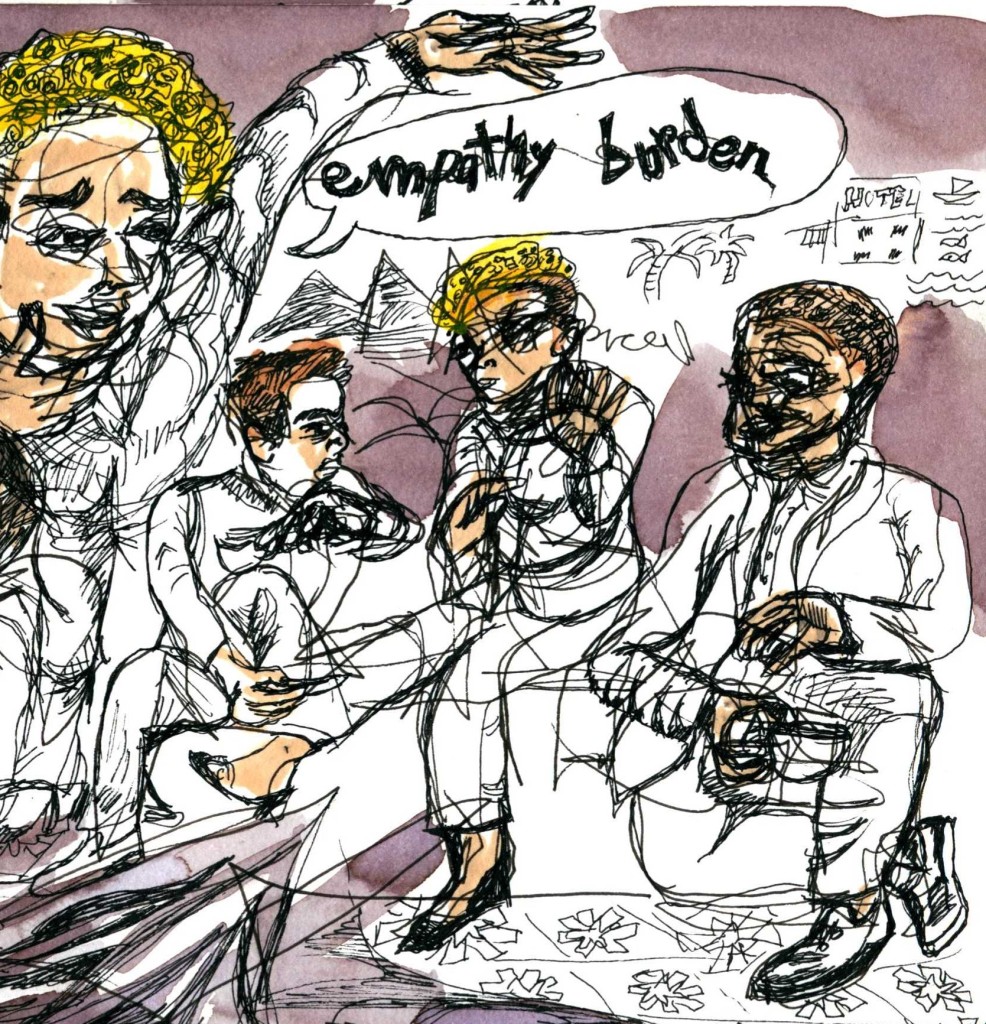 PASSAGE is being performed at the Wilma Theater and the debate between H, D and Dr. B reminded me of  a European painting at the Philadelphia Museum by Sir Lawrence Alma-Tadema. It is a painting of poets reading from Homer. Dr. B, played by Lindsay Smiling, entered and joined H and D for a cup of tea, and he acted as a moderator between the two world views. One believed in segregation while the other works between the two races (x, and y) to form equality. Christopher Chen’s playwright was impressive the way it was able to talk about uncomfortable issues, such as race, gender, or sex. His process used fluid casting to place presupposed notions of power or a minority besides the person playing a role. Instead of the Greek marble porch in Alma-Tadema’s painting the setting was of Islamic tiled architecture. We followed Dr. B enter the heated argument, his attitude was ecstatic before that, and his passive role turns aggressive for his own protection. 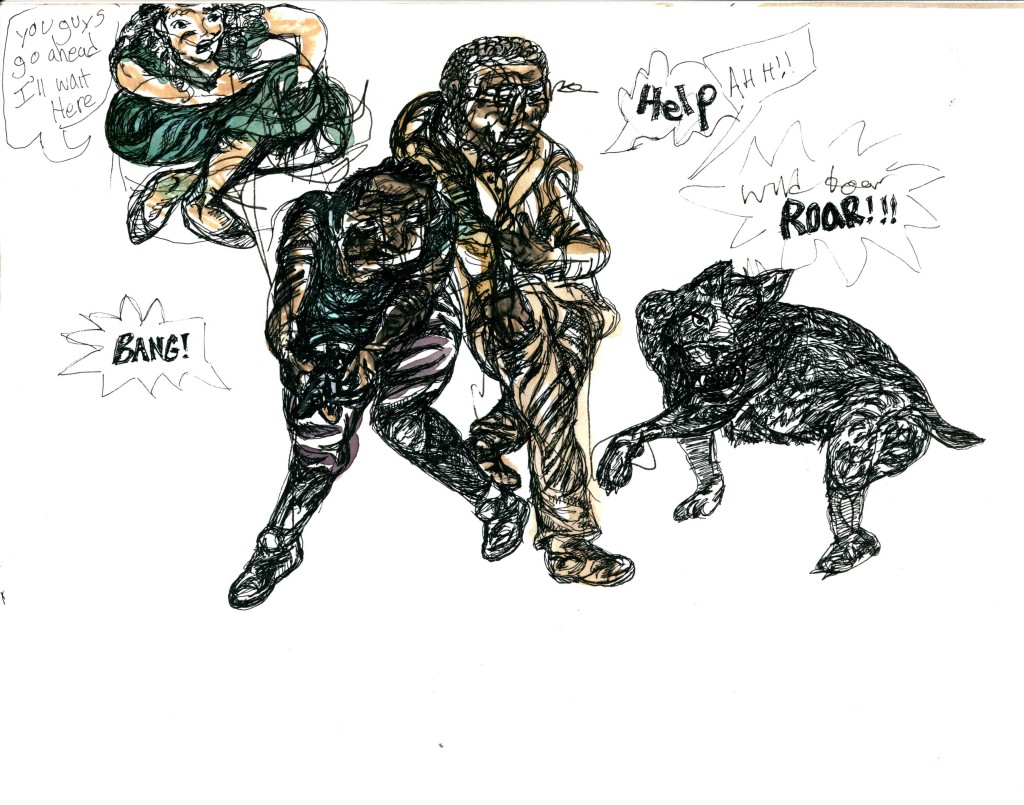 Dr. B gave a heart felt speech about the sacred space. The presence of the brightly lit stage that surrounded the man made what he had to say more important. The framing device of the lighting design, by Maria Shaplin, evoked a live audience studio, and Dr. B was our host. The controversy was H, played by Taysha Marie Canales, pointed the finger at sympathizing with Country Y people living in Country X. Dr. B took time to breathe and put the rest of the world out of his mind. He was in the temple, a sacred place because it was where a person reunited with their conscience, and F, played by Krista Apple, from Country Y was not exactly welcomed there. At a vulnerable place, the temple was where no one expected there to be an attack, and speechless gestures were left up to interpretation. The tone of voice channeled back to the reality of Country X outside of the temple. 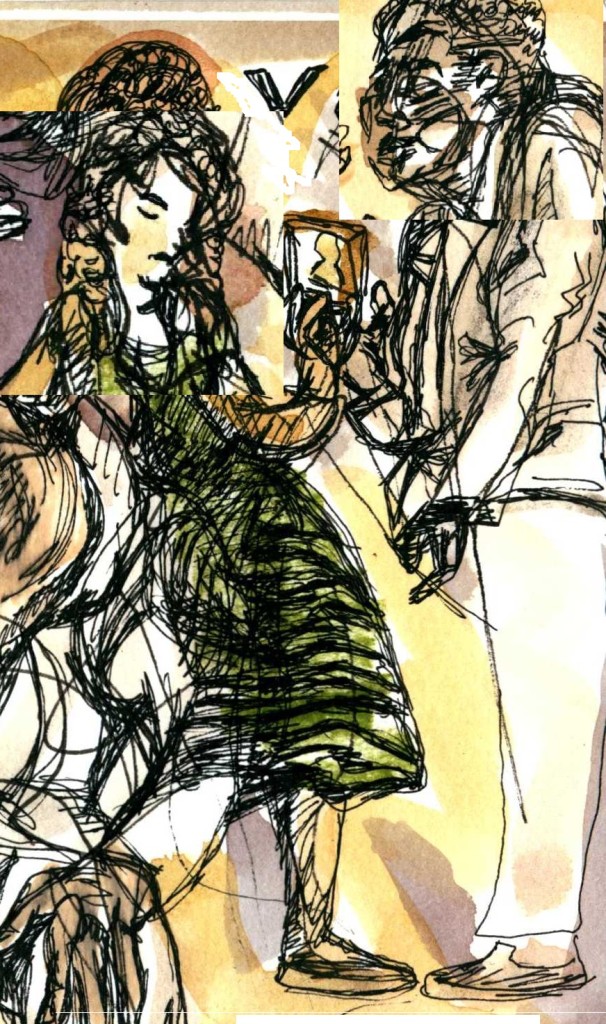 The image created in the mind of the audience and the scene painted on stage revealed a provocative truth to social intolerance and justified ignorance. We only know V from a photograph, but this idea of what we hold to be true and a picture perfect world imaginable for closure or security projected a relationship between two people with their own thoughts. The expectation of rationality became difficult to imagine a person’s honesty based on the aggressive political influence. In the situation, F and B were the perfect couple but as soon as they left the temple the surrounding engagements between Country X and County Y people became a pervasive replacement. The passive aggressive role in Passage started to project on the audience a possible alternative without consequences. That make-believe world supposedly, and a spiritual revelation in the cave clashed, and it left egos bruised on both side, X and Y. 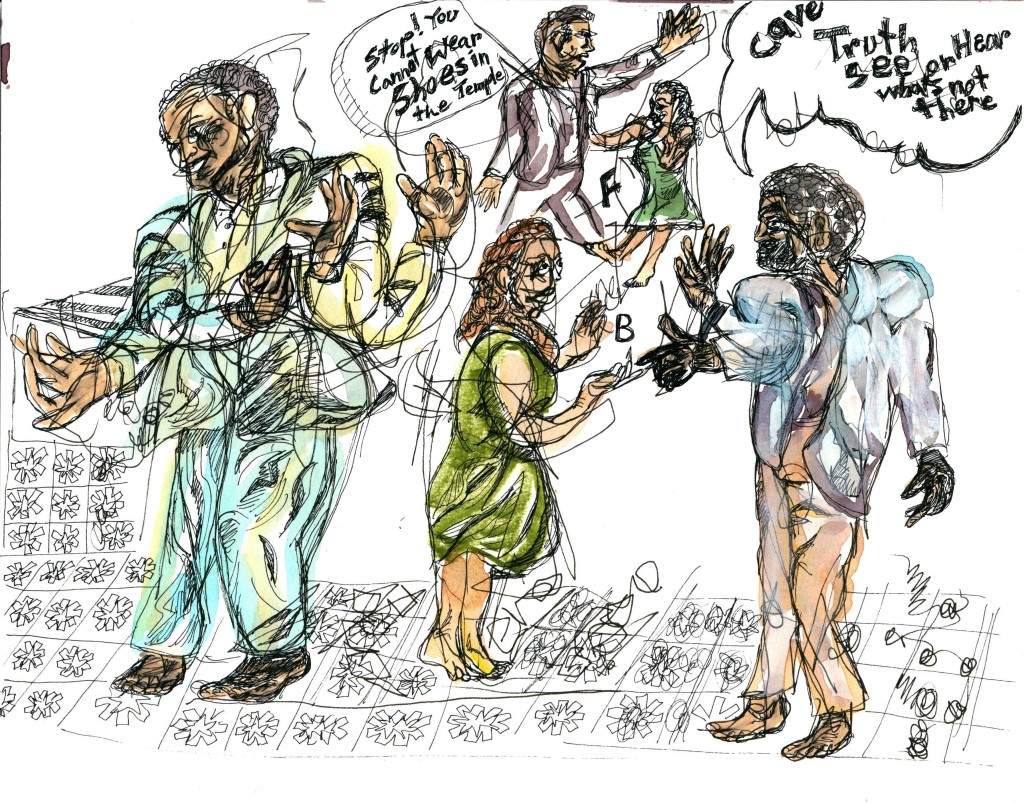 From light to darkness, from sacred to the profane, entering the belly of the cave and seeing or hearing the root of our fears created a graphic image. Protestors and screams put the actors at an emotional brink. For the Country X people the caves were a place to find answers to their greatest problems. Q, played by Justin Jain, pointed a gun into the audience, and this made me feel scared. I felt many things throughout PASSAGE, but sometimes laughter came at moments when the actors uncovered thoughtless conventions. The unsettling part of this was that the audience associated with the ill temperament of people that do not care for another person’s world view floated around the theater. The subtle direction by Blanka Zizka, and the fluid casting of Chen worked together on the untouched blank canvas. Costume design by Vasilija Zivanic used white clean cloth for the audience to visualize their own style in fashion or politics. We imagined the ideas that went into the performer’s script as “normal”, and witnessed subtle reactions with a loud sound design by Christopher Colucci.