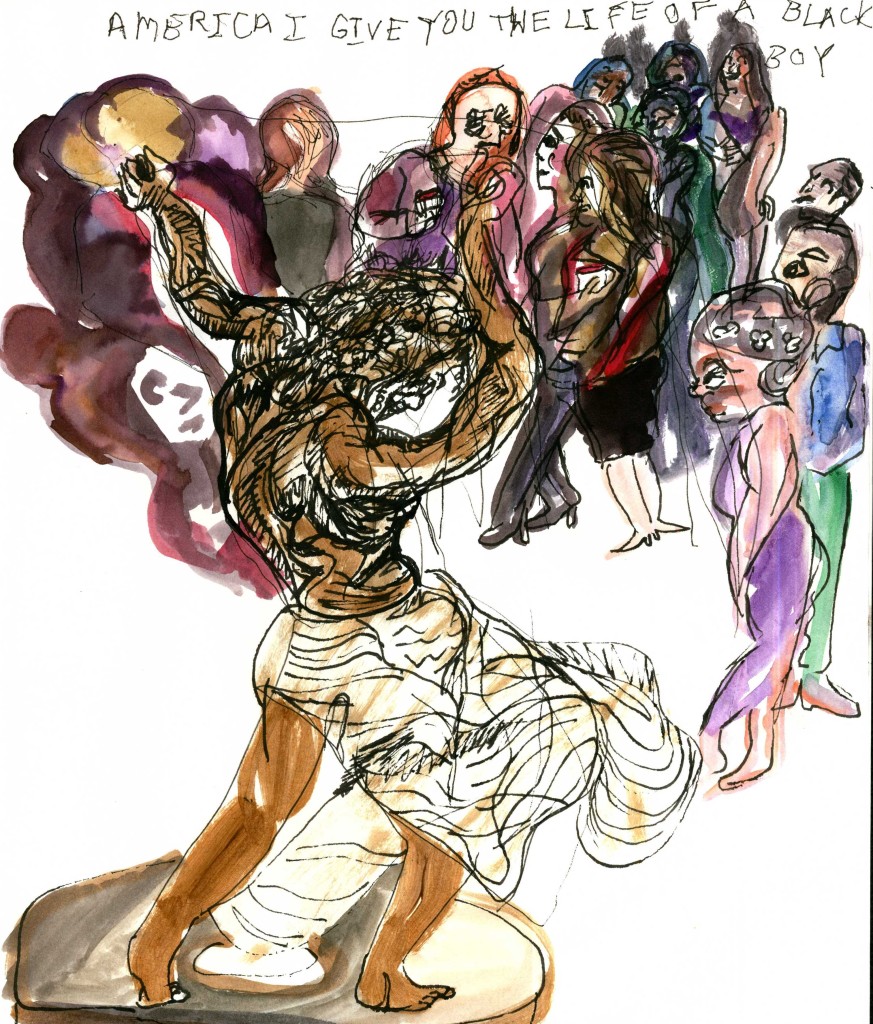 Artsi event on First Friday this April was a chance for audiences to see artists through a different lens. I was drawing the coming and going at the bar, and the entrance before the festivities began. I even noticed some great instances that were part of the beautiful landscape at the . The night began with some poetry by Shanel Edwards, and her partner, Jasmine. Tucked in the corner by a lamp beside the poets I was just barely able to catch a glimpse at the profile of the doll-like face of Shanel. Her hair was full of thick curling dreads, and the marijuana motif dress that opened to a white turtleneck at her chest was a fabric for horticultural poetry. Her partner Jasmine was raising the emotion of the listeners with her Girl Fight lyrical poem. I just couldn’t see it, and this seemed to be an exciting part of the Artsi Event. That is, when everyone was huddled around for another performance it was spontaneous. The activity in the middle of the crowd drew everyone together. 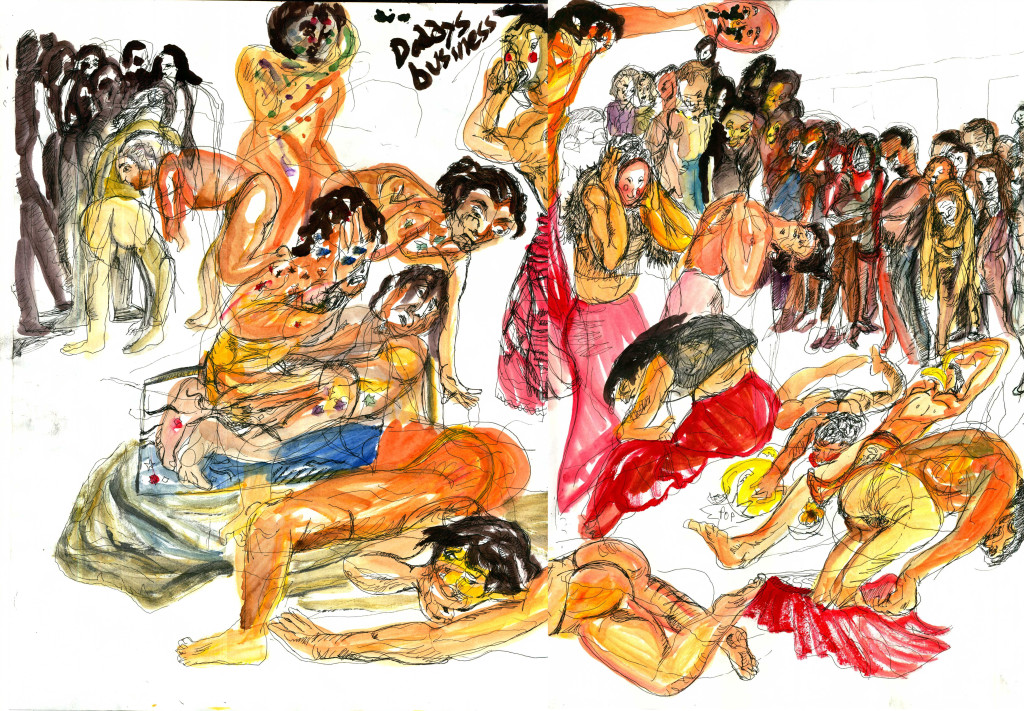 An intimate Poetic experience was followed by a romantic duet by a jazzy duo, Jessica Cantone and Connor O’neill. The style of their music is flowing with kind sound making on the guitar and easy to hear lyrics. These musicians were a part of the ambiance that separated the night into dancing, drinking, and the miscellaneous. This is a good word to explain the performance of Frank Leone FAGL ROQ. I captured the man transform from wearing a doll mask, to straddling a bath tub, and finally a fantastic suspension above the ground. He was high enough to show all sides of his nakedness, and when he swung into you his eyes shared another timidness. The voice recording during the preview explains how someone on the phone, or text thread, said, ” tell them who you are, and say it to their face.”

The night was a mini festival. Nikolai McKenzie took us outside to hang from a tree branch and standing on a large stone wheel. The night sky blocked by old warehouse architecture was appropriate for the spoken words that came out of McKenzie. Jon Levis and Timothy Motzer’s improvised music instilled similar primitive tones and layers of digital sampling, keyboard, and guitar. The site specificity of the performance included the party-goers reactions. It was a good night to draw; to see and be seen.