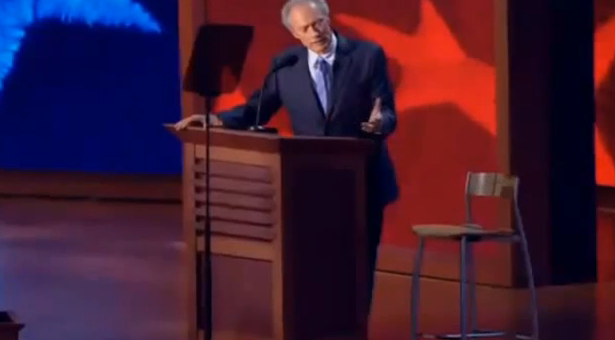 What is the role of conservatives in art? Do the conservatives and liberals relate to each other? This is a hot topic whenever art communities meet. The topic was discussed in the Arts Advocacy Day and as they say; even though they are of different opinions, they need to work together when it comes to art. Are all the artists liberal or conservative?

When talking about conservative artists, the first sphere that comes to the mind is politics and then there are Caucasian men in other industries too. You might recognize the famous conservative men in Hollywood Mel Gibson, Ronald Reagan, Clint Eastwood, Chuck Norris and John Wayne. You might also recognize the names from the music world such as Richard Strauss, Herbert Von Karajan and Richard Wagner or directors along the likes of Gary Oldman, Coen Brothers, Robert Duvall, Patricia Heaton, Billy Corgan or authors like Rudyard Kipling, John Ford, Johnny Ramone, Yukio Mishima and Saki or Scottish sculptor Alexander Stoddart or the Scottish composer James Macmillan or even Jean Reno and Alain Delon from France. Then there’s the annual Conservative Theatre Festival; according to the Stage Right Theatrics which conducts the festivals claims to give voice to the small group of people whose ideas and thoughts are silenced.

Who are Conservative Artists?

Conservative Artists can be broadly used to define artists who prefer to live in communities which are religiously or socially conservative glued on to the traditionalist values or the values they deem to be conventional like modest wear, gender separation, gender-based roles and clearly not in support of feminist movements and even LGBTQ+ movements too. They are independent to the extent that they might have their own ambulance and other such services. The religious conservative might be a conservative in art and politics, but it might not be the case with everyone.

When the political conservatives and political liberals enclose themselves in separate islands, they replicate the sociological and religious divisions in the society. This segregation has been talked about in the social media and thanks to the new algorithms of the social media this has echoed everywhere. It’s indeed time to talk about the social, religious and political conservatives in arts. There are reasons why this has become important now. Let’s talk about a couple of them.

Just consider an orthodox all-girls school of a religious institution for example. The girls will be surrounded a group of people. Girls with the same outlook, same private education and same religious ideologies. The girls have no interaction with girls of different social and economic backgrounds or different religious background. They wouldn’t know anything beyond the bubble they live in. Upon growing up, can they move among other liberal peers, mingle with them and understand them? They need to come out of this imposed bubble when they are young enough to form impressions.

When we talk about diversity in arts do we include conservatives and liberals in the argument? The art world is predominantly a liberal world. When conservatives are performing, they conform to the liberal view of performing rather than stick to their views. The practice of including conservative artists need to begin in the performance itself with more modest costumes and adopting the gender segregation to accommodate them.

The above content is compiled by Jackpot Mobile Casino which has a diverse collection of handpicked mobile slots and various casino games from the leading game developing titans.

2 Replies to “Where Are Conservatives in the Arts?”