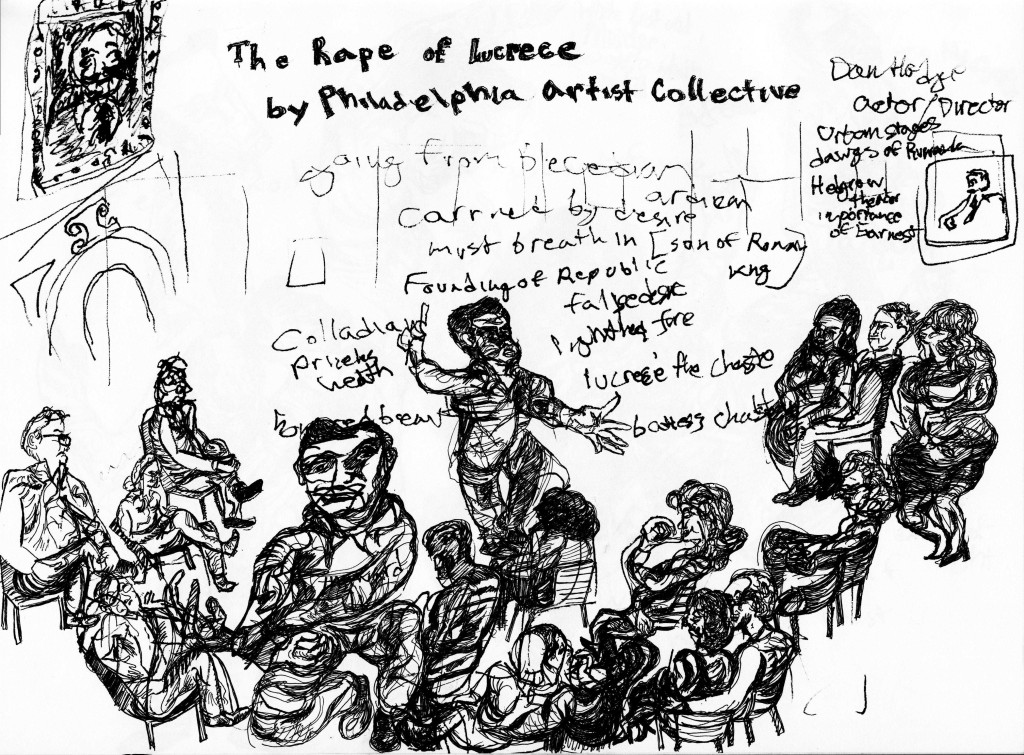 It was interesting to compare last week’s reading of Shakespeare’s THE RAPE OF LUCRECE at the Rosenbach to the drama, lighting, and minimal props used in the original presentation by the Philadelphia Artist Collective at the Broad Street Ministry in 2016. 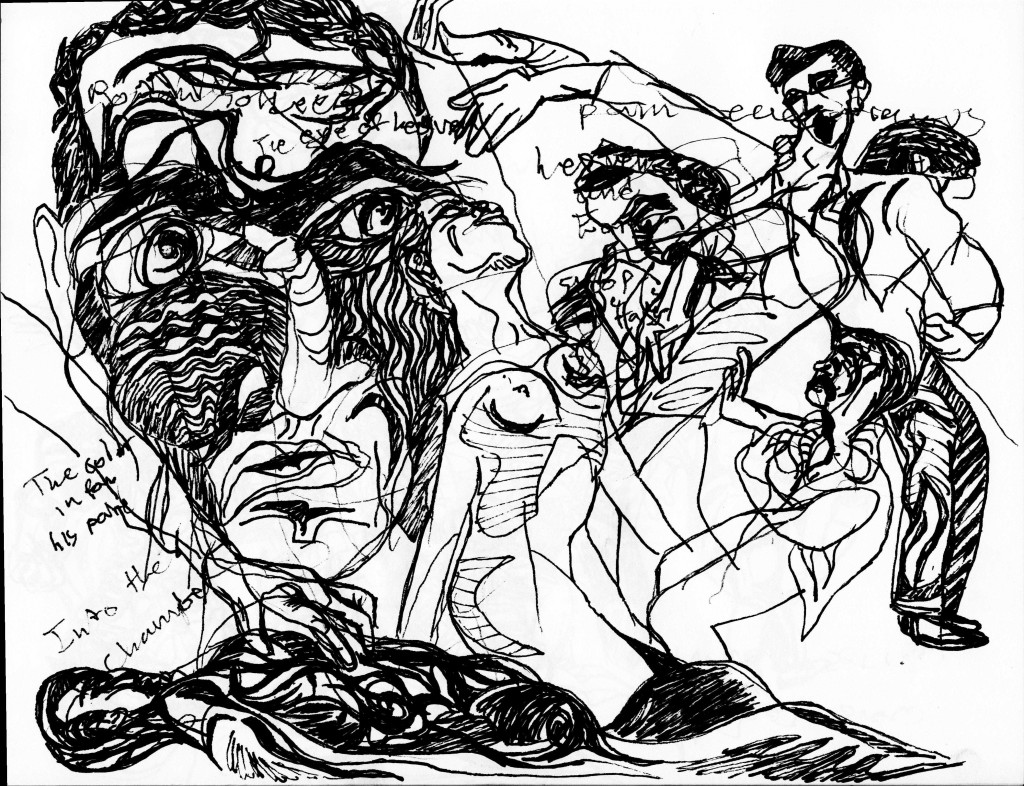 Shakespeare’s vision of a king’s desire to please himself at the cost of another person’s well being is sick. Virtue in love, beauty, and faithfulness represented a femininity in Lucretia’s character. The invasion of persons’ virtues cannot be obtained or rewarded in any way. Obsessive wealth can obscure a feminine heart. The feminine quality that Shakespeare emphasizes was the precious mind that knew the truth of love, and of chastity. Chastity was used in two ways, privacy and communally, that express boundaries for personal values and knowing everything the community is built on is true. In that case, The Rape of Lucrece was the malevolence of a diseased mind, and the trope of wealth, beauty, and love are minor details to how femininity is virtuously fighting against artificial representations of nature. 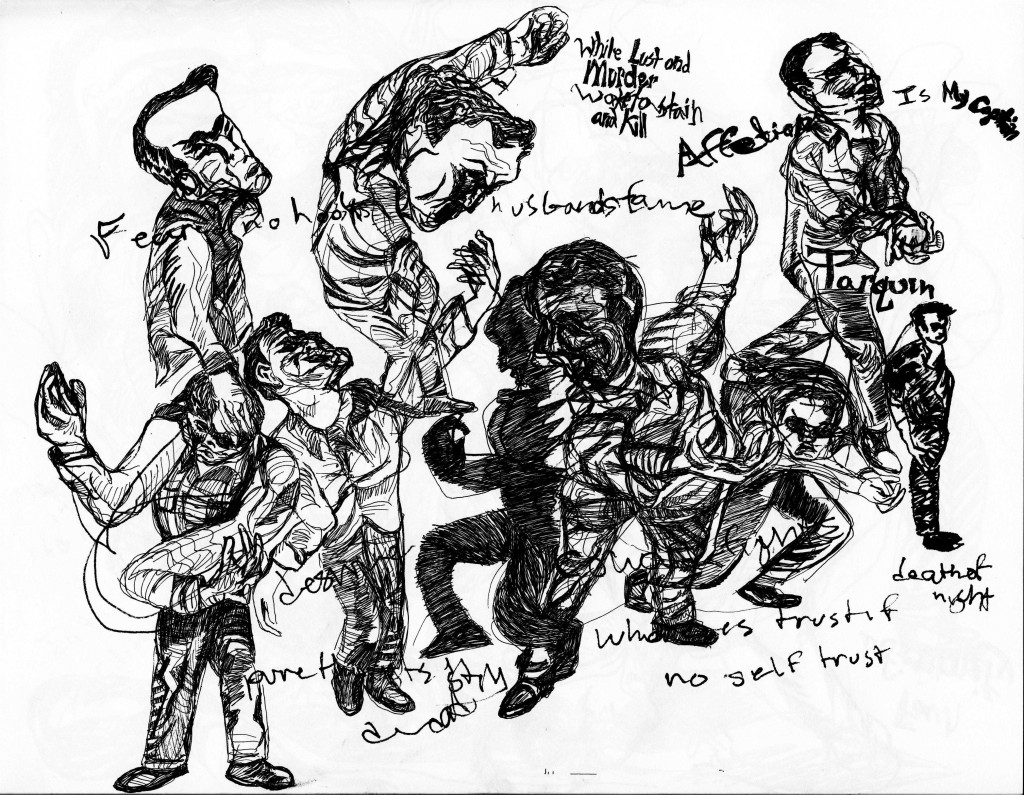 Witnessing a one-man show is usually an experimental lens for human emotions and resilience, and balancing reality and imagination. It is the transcendence from one place to another, and the form allowed the inward motion that Shakespeare addressed in The Rape of Lucrece to blend the male and female personas. Beauty was descriptive in the poetry but the scenario lost all sight of virtue. The male voice battles with his inability to stop even himself. While the female mentality presents a horrific picture of a victim whom was not what you think, because Lucretia interrogates Evil. His will and his desire are conflicted, and the lure of femininity was mistaken for gold or silver. Thoughtful Evil steered Tarquin toward Beauty in disguise as Love. Passion was up against a larger mechanism which Lucretia could not stop. Feminism is being in touch with feelings that have pure intentions. In the poem, Tarquin was a Roman soldier marching into Lucretia’s chambers, and that was Shakespeare mixing sexual feelings with strategies in war. 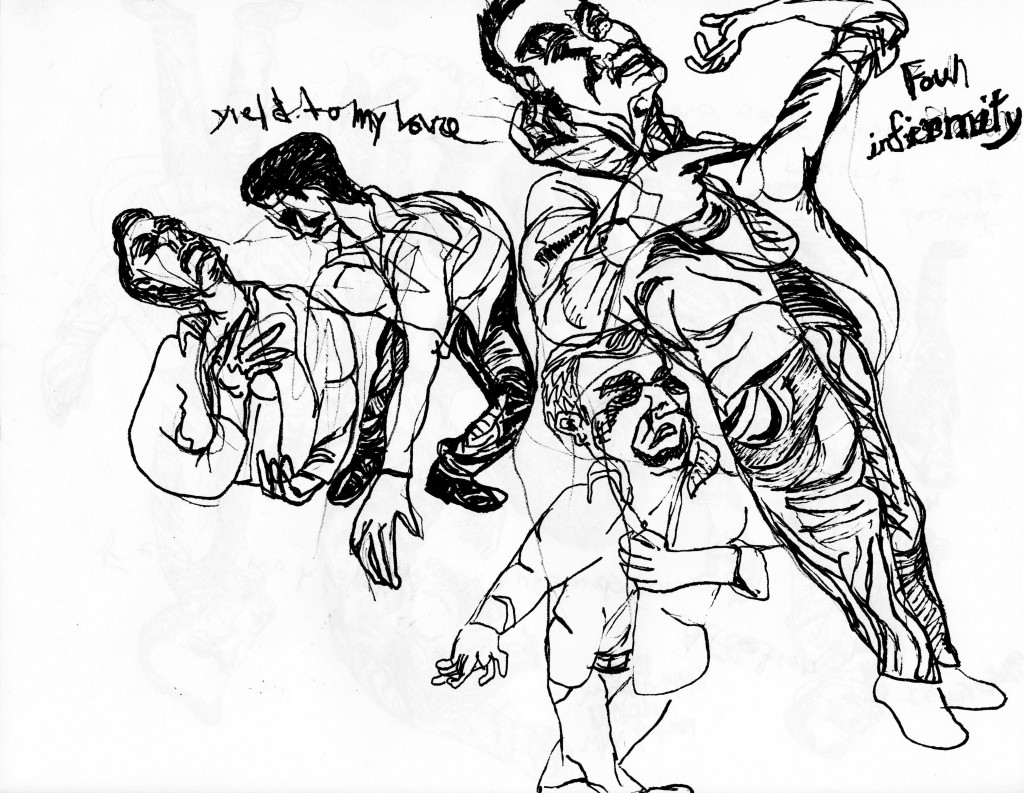