Last time Phindie caught up with Kash Goins he was an independent theater-maker making waves with a series of original works and classic adaptations. His company, GoKash OnStage, attracted the admiration of Terry Nolan, artistic director of Arden Theatre Company. Nolan offered Goins (a sometime actor on the Arden stage) a residency at the theater. Goins’s second production as part of the two-year project sees him return to his acclaimed prison drama, V to X, which handles the issues around mass incarceration and the expansive prison-industrial complex with an intimate look at a year in a cell block.

He talks to Phindie about the new production and the Arden’s coming season.

Phindie: What pleased or surprised you about the initial response to the show?

Kash Goins: The overall response, period! I would say that it was probably one of the most well-received theater endeavors I’ve ever been apart of. Not once, but twice. And the reception wasn’t only large in magnitude, it was wide in scope. It seems as if the work really reached and hit home with everyone from familiar and new artistic colleagues, corporate America co-workers and those alike who’d come out, people involved in the legal field, social fight, younger folks and seniors, and probably most importantly those who are directly impacted by the subject matter the most.

Phindie: What kinds of responses did you get from people directly impacted by the subject?

Kash Goins: We received teary eyed testimonials and offering of thanks from those who’d been in the system and had an opportunity to see the show. They appreciated being seen, felt… acknowledged. And for the parents who said “I knew what he was keeping from me, but now I can feel it. I’m going home to write my son!”… there isn’t a value limit that you can place on the deeply personal currency here that provides as a response to your art.

Phindie: What new ideas or thoughts did you bring to this reprise?

Kash Goins: Really an overall sense of mental newness. I didn’t come into the process with a goal of recreating what the experience and journey was before. Of course the story line, big questions, major plots and general flow of the play are what they are. So, I’m not suggesting that anyone who sees it again will be wondering if its the same play or anything like that. We didn’t go back and turn it into an opera for the sake of making it different. 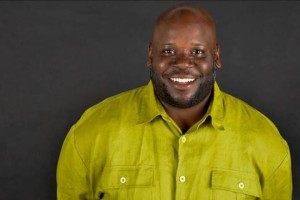 Kash Goins: What we did do is infuse enough new actors, with many of them not having seen either version of the play previously. It’s a play with a cast size of thirteen, and for this mounting at the Arden, eight are new. And in making that change, the challenge was not incumbent upon the eight to mimic anything that had been done previously. We shifted that responsibility to those who were in the show before to allow themselves as much of a blank slate as they could muster. Again, if repeat moments or choices withstood the test of time, we didn’t feel a need to take that out because it wasn’t new. But there was no simple coasting on old wings in the process.

Phindie: Have you made many changes to the script?

Kash Goins: Minor changes here and there. I remember previously wondering if I thought the larger blocks of text required trimming and deciding that they did not because there is relevant exposition or “meat” in those. Coming off of a fresh pulling-apart and hacking session in the workshops with Seventy IV Seconds…, I kept the scalpel warm and sharpened in case I needed it, and those evaluations for now at least are still the same. So, there may be a cut here and there or something that I thought could use some additional clarity in spots, and a moment or two where I felt some small patch of dialogue should be shared more among the inmates as oppose to a single point of view, but for the most part its largely intact.

Phindie: What, if anything, has changed in the cultural conversation about mass incarceration since V to X premiered?

Kash Goins: Well, there are more people talking about it. And I think it was poised to make center stage, before the circus…. never mind.

Kash Goins: Since November of 2016, it seems as if there are so many stories so often that I don’t know that anything can have the center stage for more than a week at best. Before that, I know that there was a movement to attack Federal sentencing guidelines and therefore many who were serving very long sentences for non-violent offenses had expedited parole hearings and there was some success with that objective. Locally here in Philly, the overhaul of juvenile life terms was a wonderful step in the right direction. I actually know some personally who benefit from that. One whose plight thousands of us followed on social media and in the news for the better part of the last 10+ years.

Jay-Z produced a series about Kalief Browder, who is the inspiration for a central character in the show, and brought a lot of people closer to learning and understanding some of the issues we discuss. And speaking of Kalief, Rikers Island where he was incarcerated stopped holding younger inmates in solitary confinement and announced plans to shutter altogether in 10 years.

Kash Goins: At the same time, it’s not all good changes. The complex has and will always find additional fuel sources to replace and build upon any that it loses. A quieter surge in the amount of undocumented immigrants being held in for-profit prisons is in the works. It’s only quieter because that group has yet to gain the external support to make it louder. But our current administration’s very aggressive immigration position provided an epic boon to the private prison industry. CCA and GEO, the nations two largest prison contractors, have lucrative deals with ICE. There’s something inherently, morally, and socially wrong with that!

Phindie: There sure is. What’s it been like working with the Arden?

Kash Goins: Unbelievable. I have to get up some days and reckon with it, because it really is hard to believe that this opportunity found me and has proven to be more than what I would have asked for. Of course there are the benefits like not scrambling around and fighting for space, which was a previous reality. But beyond that, there’s something about being around the Arden all the time that has infused a new spirit of creativity in me. I’ve grown in all phases of theater over the course of the last year. As a playwright, producer, actor, director…All of the ways that I choose to work and interact in this realm have been enhanced.

And to think this is just the beginning of what will certainly be two years, and maybe something we will look to continue beyond if it makes sense is a very good feeling for me. I had an idea of the tangible benefits going in, but the intangibles are what make it even sweeter. And I also know I’m not just “taking”. As a giver, and someone who longs to reciprocate at worst, it’s satisfying to me to know that Arden is also realizing benefits by having me in there.

Phindie: The theater just announced its 2018/19 season. That lineup must make pleasant viewing for you?

Kash Goins: My eyes are fixed on Arden’s 2018-2019 season! Not only will one of my works receive it’s first regional, equity staging (Seventy IV Seconds… to judgment in January of 2019), but August Wilson shows up on the schedule a couple of times as well! How cool is it that I get to have work that will run parallel to the playwright that I studied the most as both an actor and writer? He’s my greatest source of theatrical inspiration and joy.

Phindie: Do you have any other recommendations for upcoming shows?

Kash Goins: I’m looking forward to seeing some colleagues continue to blaze their own trails and being inspired by them. I saw that James Ijames has a play of his that I happened to see in NY, Kill Move Paradise coming to the Wilma.

Donja R. Love is another amazing playwright who is NY based now, but I had the pleasure of producing some of his work when he was younger and at the beginning of his ascent into the creative stratosphere where he belongs. He has a very exciting debut of his work Sugar in our Wounds coming up in June.

And I’m also receiving weekly bursts of joy from Khris Davis, who is an actor who worked with GoKash back in 2010. I think our performance in the Downtown Urban Theatre Festival that year may have been his first on a NY stage. So imagine me seeing him last year performing on Broadway in an award-winning performance in Sweat. He has been stealing every episode of what I think is clearly the BEST show on television right now, FX’s Atlanta! I strongly encourage the whole world to watch this remarkably conscious and at the same time hilarious show, which is now in it’s second season.

ONCE
Book by Enda Walsh
Music and Lyrics by Glen Hansard and Markéta Irglová
Directed by Terrence J. Nolen
9/20/18 – 10/21/18
F. Otto Haas Stage
The Tony Award-winning musical set on the streets of Dublin, as an Irish musician and a Czech immigrant are drawn together by their shared love of music.

A DOLL’S HOUSE, PART 2
By Lucas Hnath
Directed by Tracy Bridgen
10/25/18 – 12/9/18
Arcadia Stage
Following the acclaimed production of A Doll’s House comes this scathingly funny follow-up to Ibsen’s masterpiece. Fifteen years have passed since Nora famously slammed the door. And then there is a knock. Nora has returned.

74 SECONDS…TO JUDGMENT
By Kash Goins
Directed by Amina Robinson
1/17/19 – 3/3/19
Arcadia Stage
A jury of six has been deadlocked for over a week – struggling to decide what is ‘justifiable homicide’- in this powerful and provocative new play by Philadelphia playwright Kash Goins.

August Wilson’s
HOW I LEARNED WHAT I LEARNED
Co-Conceived by Todd Kreidler
2/14/19 – 3/24/19
Bob and Selma Horan Studio Theatre, Hamilton Family Arts Center
In this solo show, the late playwright August Wilson shares stories about his first jobs, first loves, and his encounters with racism in this theatrical memoir that charts one man’s journey of self-discovery through adversity.

INDECENT
By Paula Vogel
5/23/19 – 6/23/19
F. Otto Haas Stage
Pulitzer Prize winner Paula Vogel’s critically acclaimed play with music is about the creation of the controversial Yiddish play God of Vengeance and is a joyful celebration of art and love.

One Reply to “Back to Prison: Playwright Kash Goins on his reprised play V to X at Arden Theatre”