Nadine Bommer Dance Company’s Invisi’Ball was a participating artist in the 2018 International Performing Arts for Youth showcase in Philadelphia which happened last week. 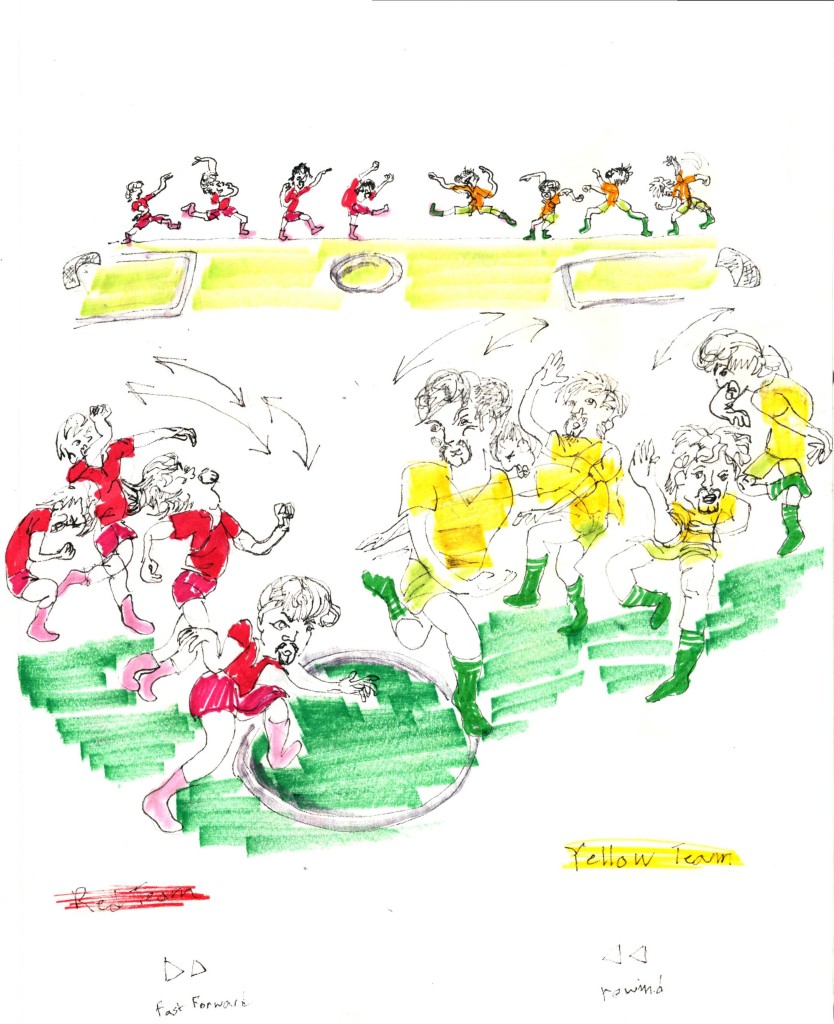 The Perelman Theater filled with a commotion with a soundtrack of a stadium event. This was imitated in the audience by applauding for their favorite team. The audience divided down the middle, and whether you sat on the right or left side meant cheering for the red or the yellow team. The music and lights captured the introduction to an action packed video game where rivals met for a final battle. The theatricality of this effect and the drawn on goat-tee on the faces of all the soccer players created the illusion of a single stereotypical die hard, bloody shin, football player. They all looked alike with shaggy dark hair, except two players that stood as goal tenders on either side, who dawned black and white uniforms. The game was about to begin, and the dancers mimicked the way technology can move back and forth in stop motion. 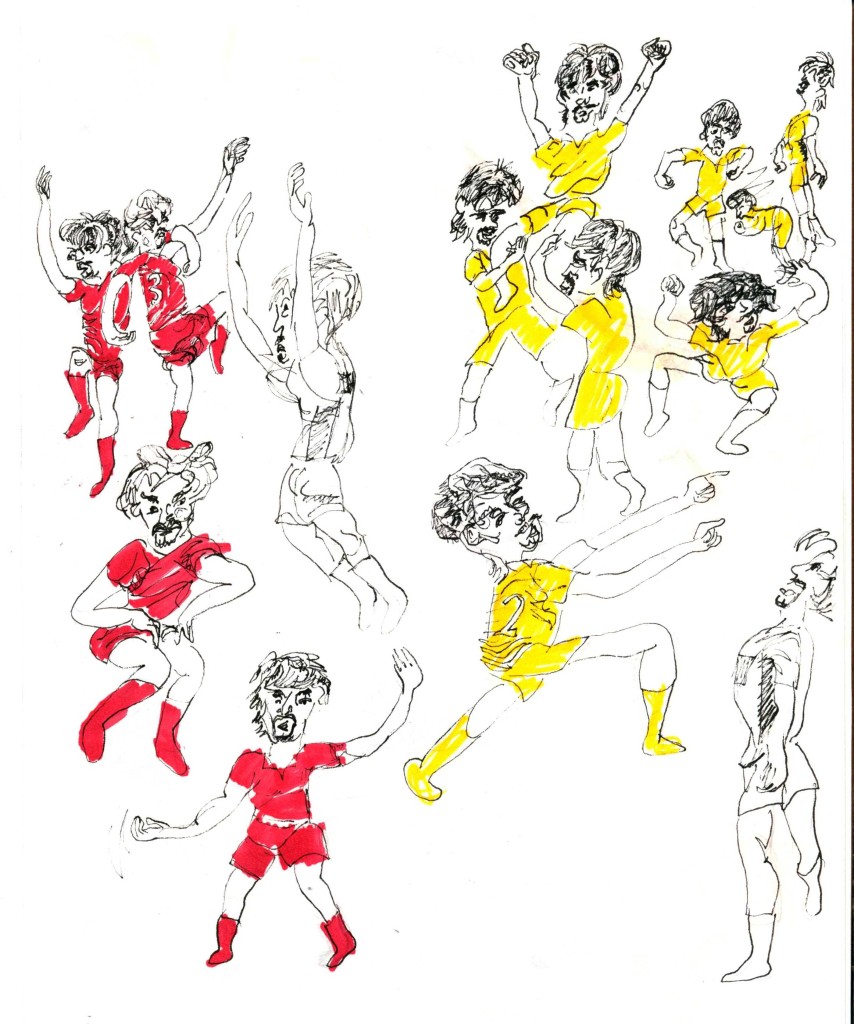 Nadine Bommer takes passion in this youthful context and the body language that finds emotions wrenched by professionalism. Invisi’Ball shows a lengthy matchup that mashes up football skills with heartfelt movements. The bravado on the field took different positions. This movement was sometimes offensive and other times it was defensive. They show how football is not just fancy foot work, but it takes character to become bigger than our physical selves. The audience is concentrated on their personal team, red or yellow, and this is by pure convenience because it is easier to see the team directly in front than the dancers across the theater. The competing sides fight for the most energetic fans, and the dancers riled up attitudes, that impersonated giant rugby players, but the smallest soccer player on the red team might have had the biggest ego. At one point, the dancer in the white and black uniform became the soccer ball. 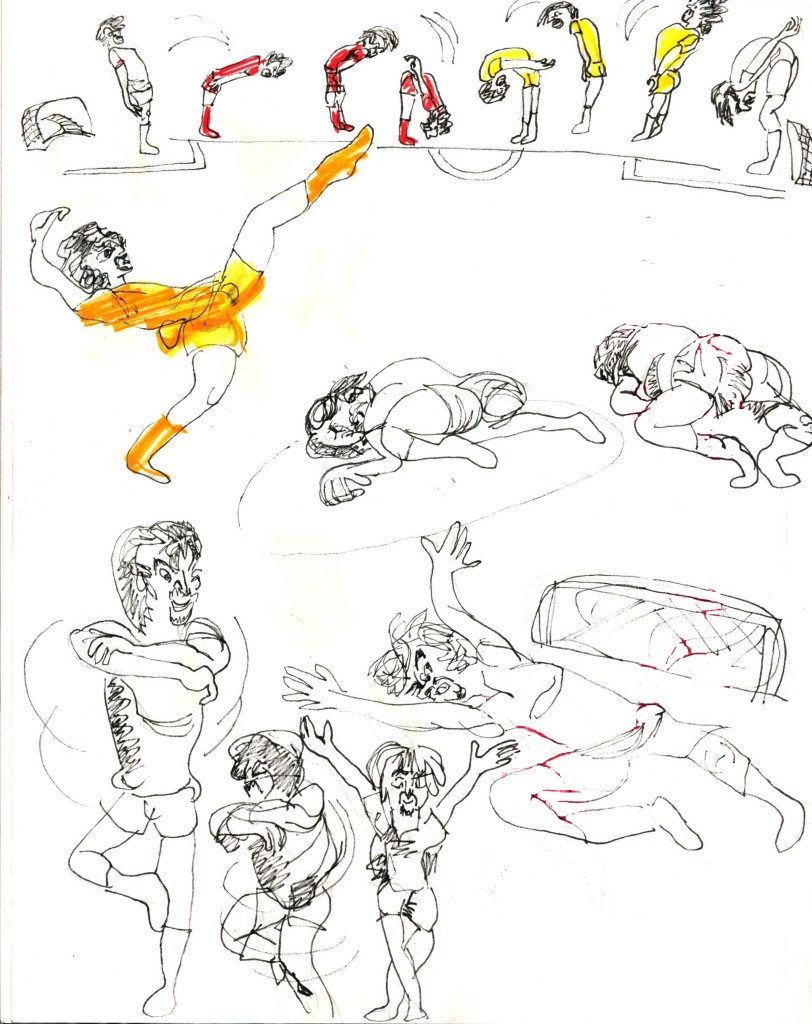 The comical soccer player felt molded to look like the underweight and aggravated dynamic player with a narrow stare that was as if there was always an invisible ball and a goal in sight. Indistinguishable characters on stage is a mysterious motion blur for anyone to pick out who is who. The strobe lighting set most of the body in shadow and left their butts, kicks, and hips highlighted in an athletic dance. The dance showed the endurance of soccer and portrayed the football player. The tension between body movements and decision making in context with the reality of a soccer game is a barring competitive nature. There was a freezing personality, and especially in the relationship of the soccer ball to the goal tender, who was curled up at center field, showed a moment that was weighted. 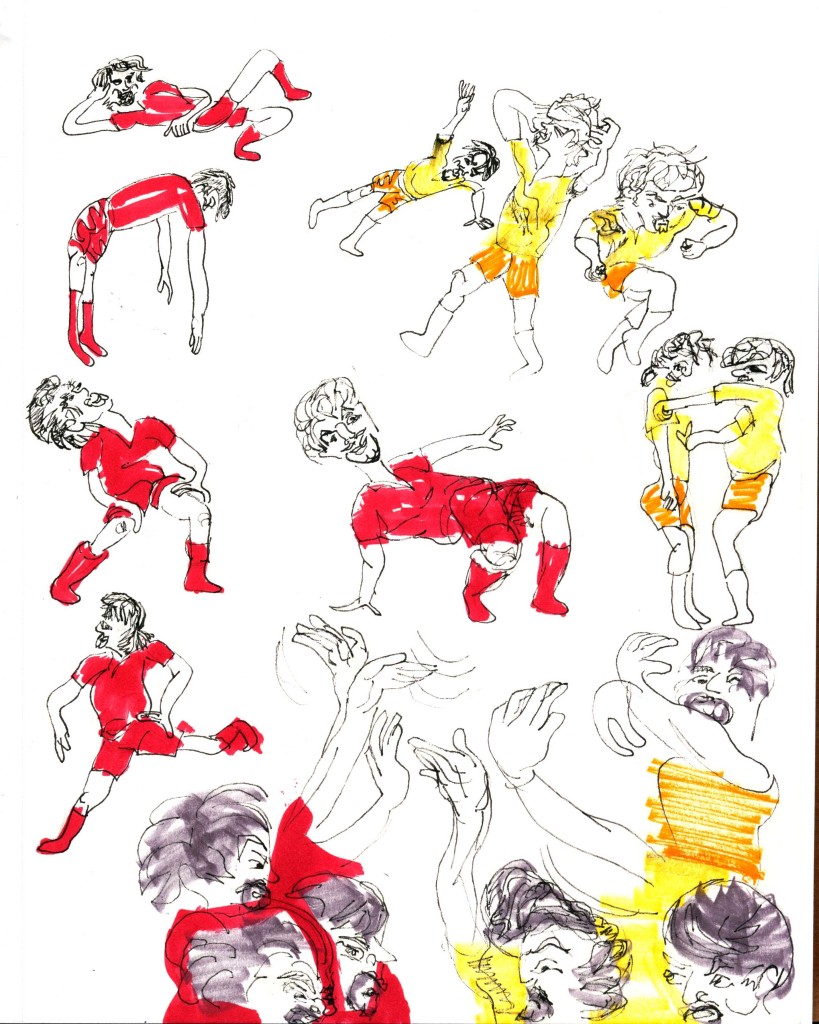