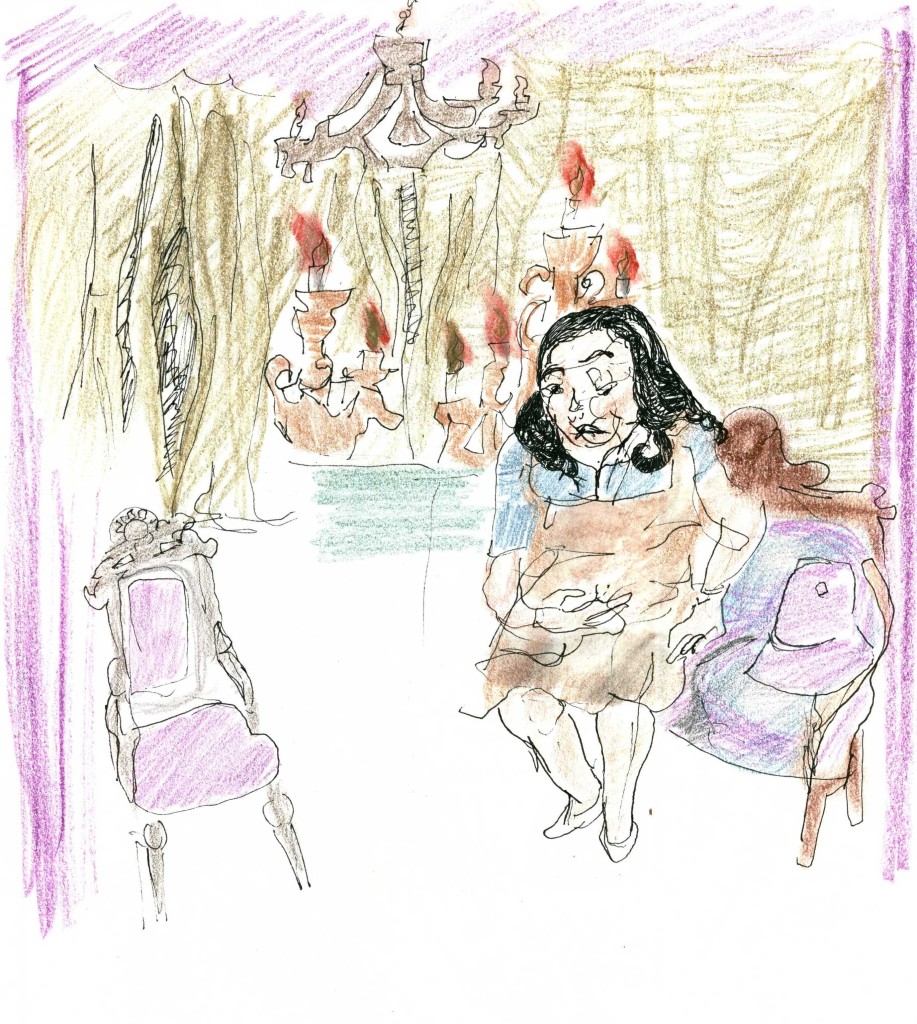 The cast in this play were given many chances to bring out characters that keep coming back on stage and the drama of not knowing what will happen next was absurd. Jean Anouilh is a playwright and TIME REMEMBERED was perfect for a night of dance, acting, singing, and saxophone. Besides the costume changes the character of a medieval estate brought to the pink stage of Anouilh’s aesthetic makes it a contemporary taste for modern performance art. Katherine Perry’s Amanda in the opening scene has found herself disinterested listening to the audience flood into the theater. She is taken by her own thoughts, but that is what she is made to believe by the fashionable Dutchess of the estate. 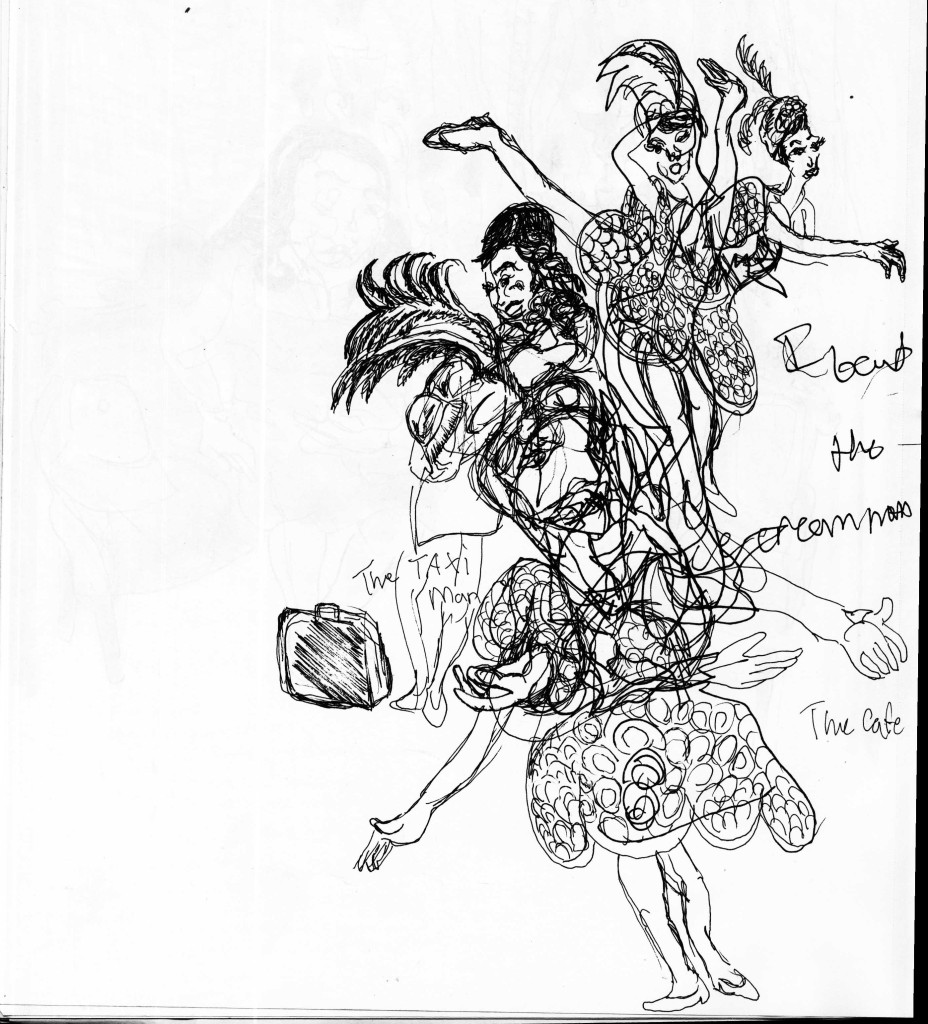 The setting is a chateau and the adventure of Amanda coming to stay at a place stuck in the past for the opportunity of finding a job was an amusing interaction with the contrived world of the Dutches of Pont-au-Bronc, played by Tina Brock. The costume design by Erica Hoelscher was a thrill through different styles. The Dutchess was at first dressed in Athenian white and gold dress, she changed into a flow of folklore printed fabric, and she did not dillydally like Lord Hector, played by Bob Schmidt, in telling the exciting life of a princess. 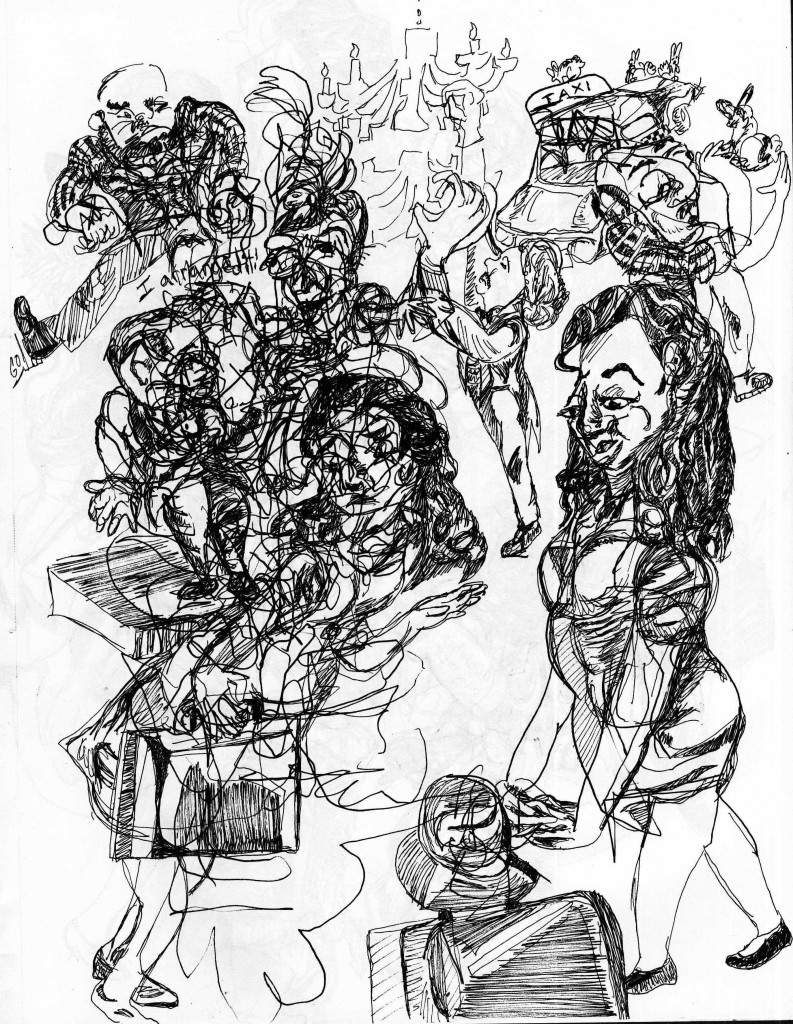 Amanda, played by Perry, was confused compared to the confident side shows that were bombarding her arrival. The picturesque world of the Prince and the Dutchess was a grand explanation of a beautiful, talented, and amazing princess. On par with their posh exterior was a taxi driver, played by Thomas-Robert Irvin, and his rabbits. 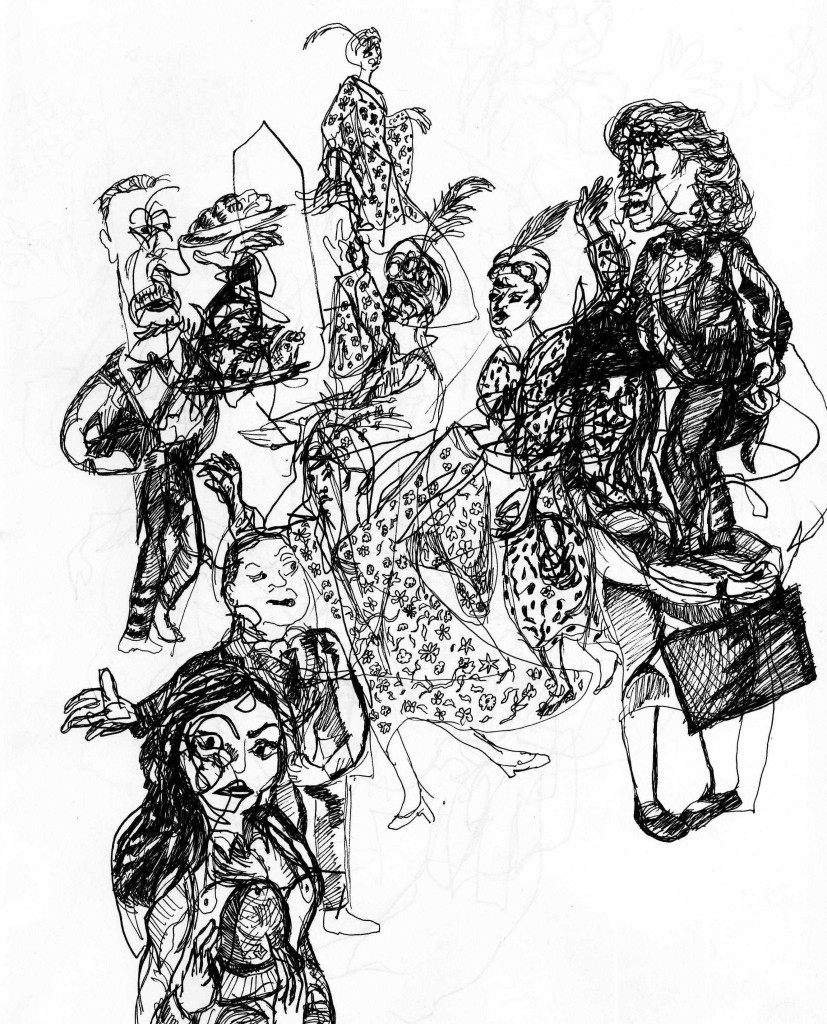 The occasional saxophone player and the butlers aside is another side to the teetering of Perry’s character in face of a new job- to act as the princess and to try not to be herself. 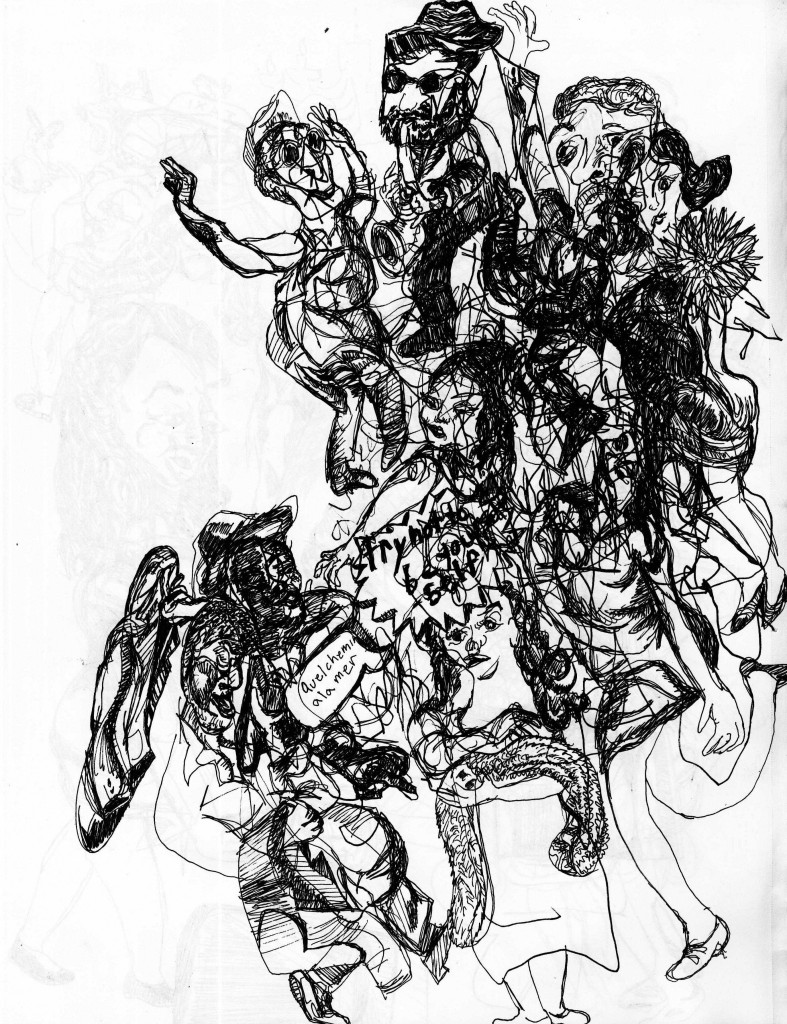 The arrival of Amanda was a delay in time that we find most relaxing with movies, music, and dance. The lighting design by Maria Shaplin heightened the effect of each dish, a platter of fish heads, that Ferdinand the Maitre D’, played by Paul McElwee, carried on stage and surrounded Amanda. It was the motion of a dream beginning, skipping over details of who or what, and still images of people around us like the butler, played by Corina Burns, or the Ice Cream Man, played by McElwee, were parts that we attach meaning to constitute for a stable world. Although, these characters are part of some kind of circus that entertains the Prince, played by Ashton Carter.