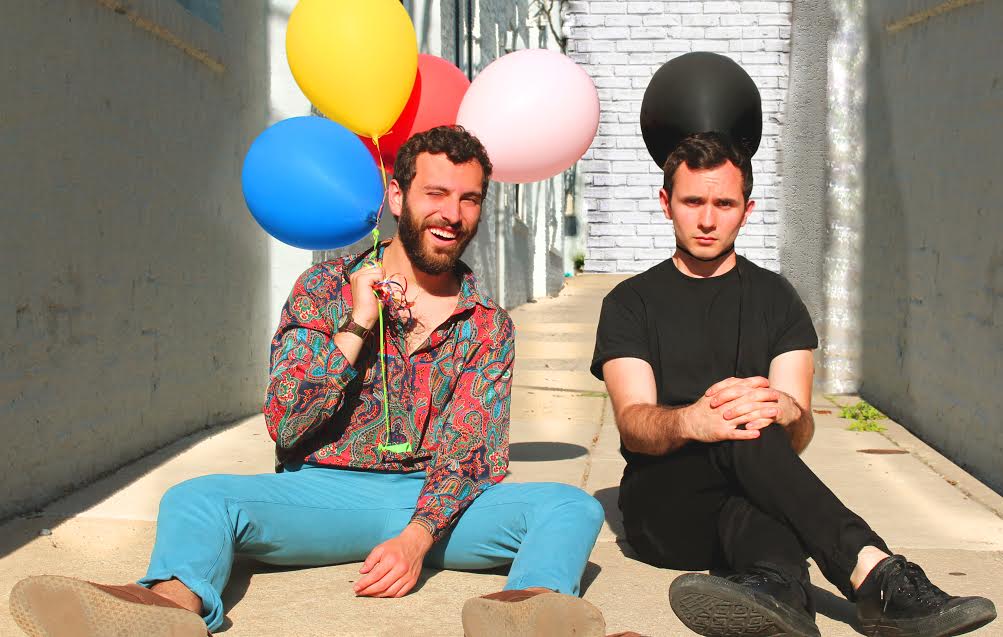 TWO-MAN, ONE-MAN is described as “a three-man show—about two one-man shows—being performed as a two-man show”. Fresh off a successful Philly Fringe Festival run, the new comedy,spoofs the millennial
narrative, privileged white artists, and the phenomenon of the one-man show. It runs March 16-30, 2018, at the Adrienne.

“Following the warm reception of our limited Fringe run, we wanted to reach a wider audience of both theater and comedy/improv goers, as our show melds several genres,” says Patrick Romano, who cowrote the piece.

Romano stars as Arnold, a self-proclaimed “tortured” performance artist who believes he is the straight-white-male hero to save modern society. Cowriter Benjamin Behrend plays Miles, a lowbrow, lovelorn stand-up comedian who doesn’t take anything seriously, including his act.

Miles and Arnold are set to perform their respective one-man shows, but due to a scheduling error, they must share the same stage at the same time. With another show slated at the top of the hour and a stage manager on their asses, Arnold and Miles must compete for the spotlight or agree to share it.

Romano says they’ve “tweaked and tightened the script” for the new run, in preparation to take the show to the Edinburgh Fringe Festival this August. TWO-MAN, ONE-MAN is produced by CSz Philadelphia, the local branch of the international CSz network which perform the ongoing improv shows Comedy Sportz.