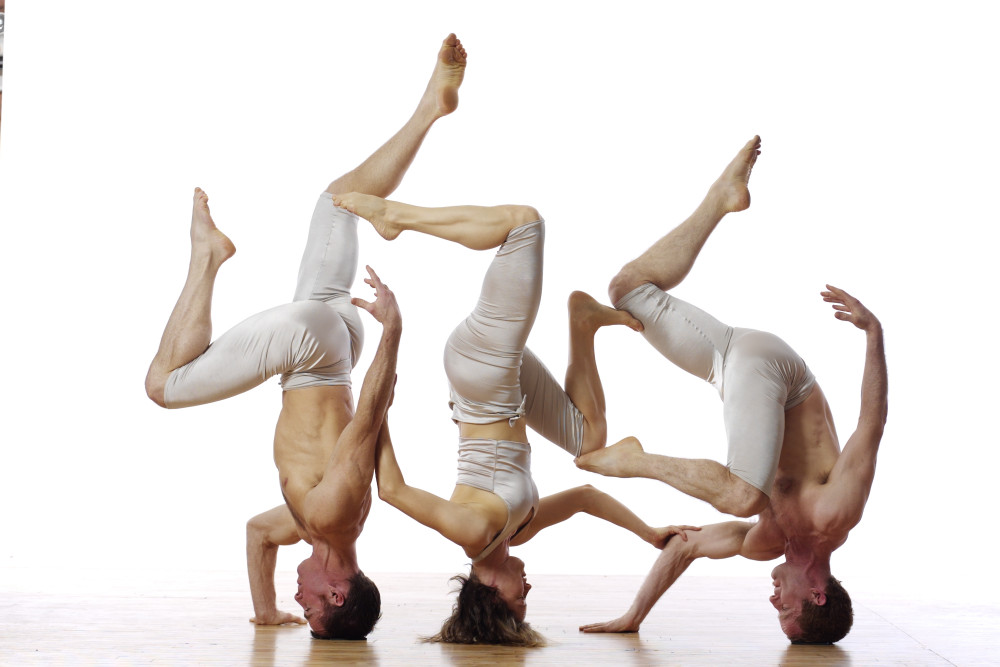 The latest performance of the NextMove Dance season at the Prince Theater features BodyVox, a dance theater company based in Portland, Oregon. Comprised of twelve live pieces and two short films, URBAN MEADOW celebrates the company’s 20th Anniversary and commitment to producing a variety of work.

Co-artistic directors Jamey Hampton and Ashley Roland choreograph all the pieces in this program. Roland began the show by introducing the company, promising to bring some Portland weirdness to Philadelphia. This is certainly delivered. Though some pieces embody a flat, predictable quality, overall the show does not fail to be weird, albeit in a charming way.

The first film work, “Treadmill Softly,” follows two dancers from behind as they progress with driven momentum through a series of different locations. Void of flashiness in both video and dance content, this simplistic film focuses on the development of movement across an exciting realm of spaces.

In addition to the two films, several of the works featured video projection. At times this becomes distracting. For example, “Firewall” showcases a changing video of fire that doesn’t seem to complement the piece besides the obvious theme. In other cases, the projection is used in an innovative manner that furthers the work. “Garden of Synesthesia” creates a world of mythical human-animals by projecting a video of the right side of the stage in mirror image across the stage’s background. Thus, we witness duplicates of isolated moving body parts converging at a centerline, while simultaneously observing what the dancers do on stage in order to create this. It is interesting in that it utilizes the trick of video distortion, but to see this we must also see the real life dancers on the stage in front of it. Thus this work allows the audience to view both fantasy and reality at the same time.

“Open Line” playfully invites audience members to turn on their cell phones and call a dancer, who will answer the call while still dancing on stage. This nods to the willingness of the company not to take themselves too seriously. The microphones of the dancers on stage make their short conversations with the audience audible. As all calls occur at the same time, it creates a sweet mirage of light-hearted chatting. Some version of “Where are you?” surfaces from call to call, always followed by a timid or exuberant hand shooting up to wave from the audience.

In the final work “Café Blanco” dancers glide across the stage, each equipped with their own Razor scooter. It provided a childlike ending to a show filled with adventurous surprises.

Though some pieces were infinitely more exciting than others, BodyVox’s program is engaging and definitely worth watching. The varied formats and styles of the work keep the momentum of the performance, and the short length of each piece is a refreshing approach.