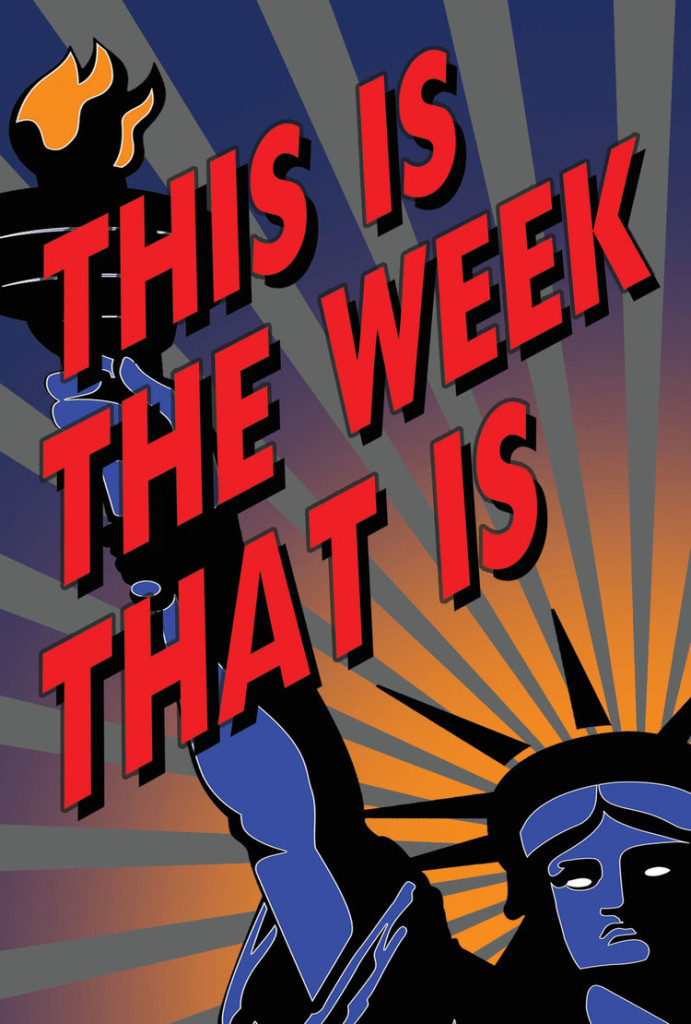 Does political satire make any difference in the world? Does it have any effect on political culture?

Recently Michael Moore stated that an army of satire will stop President Trump. “We need everybody to use their sense of humor and their comedy to bring him down, because his skin is so thin…discombobulate him with humor,” Moore said.

It seems that 1812 Productions took that advice to heart in this year’s This is The Week That Is, which closed on December 31.  But after having seen TITWTI with a friend, I have to ask: what good is comedy if the same people keep getting satirized?

The 12th annual political review at Plays and Players Theater was all about President Trump. In a highly political and mostly leftist town like Philly, writers Don Montrey and Dan O’Neil felt pretty safe in assuming that everybody loathes King Orange and everything he stands for, whether its tax cuts, Angela Merkel as Europe’s chief villain, open borders or sanctuary cities. This year’s review did open with a hilariously funny skit about third wave “pussy hat” feminism and its war on manspreading (men sitting in buses and trains with their legs wide open), but these charming skits deteriorated rapidly when one Trump joke followed another in AK-47 machine gun repetition.

“Enough already!”, as I think Bug Bunny must have said in a zillion cartoons. After all, isn’t our planet rich with other world leaders that deserve to be satirized? What about throwing a few poisoned darts at Angela Merkel, who’s doing a fine job at ruining Germany, or London mayor Sadiq Khan, who believes that terror attacks are “part and parcel of living in a big city,” or the pastry-faced Prime Minister of Canada, Justin Trudeau, who created an uproar when he said  that he welcomes reformed Jihadists into Canada because this “will help prevent radicalization.”

The few soft Hillary Clinton jibes were not only as innocuous as vanilla bean yogurt but they gave the impression of being added to give the illusion of “balance.” But there was no balance. Even the gay segment called Shade, where two flamboyant queens take ‘swipe bites’ at international figures, failed to live up to traditional queenly acerbity: the humor was as limp as a bouquet of dead flowers. At least a good third of the audience didn’t even get the queenly references.

Produced by Terry Graboyes and starring (the always talented) Jennifer Childs, Sean Close, Dave Jadico, Jenson Titus Lavallee and Rob Tucker, this year’s TITWTI was a prime example of what happens when too much political correctness freezes the juices of unbiased political creativity.

3 Replies to “THIS IS THE WEEK THAT IS (1812 Productions): New year same targets”