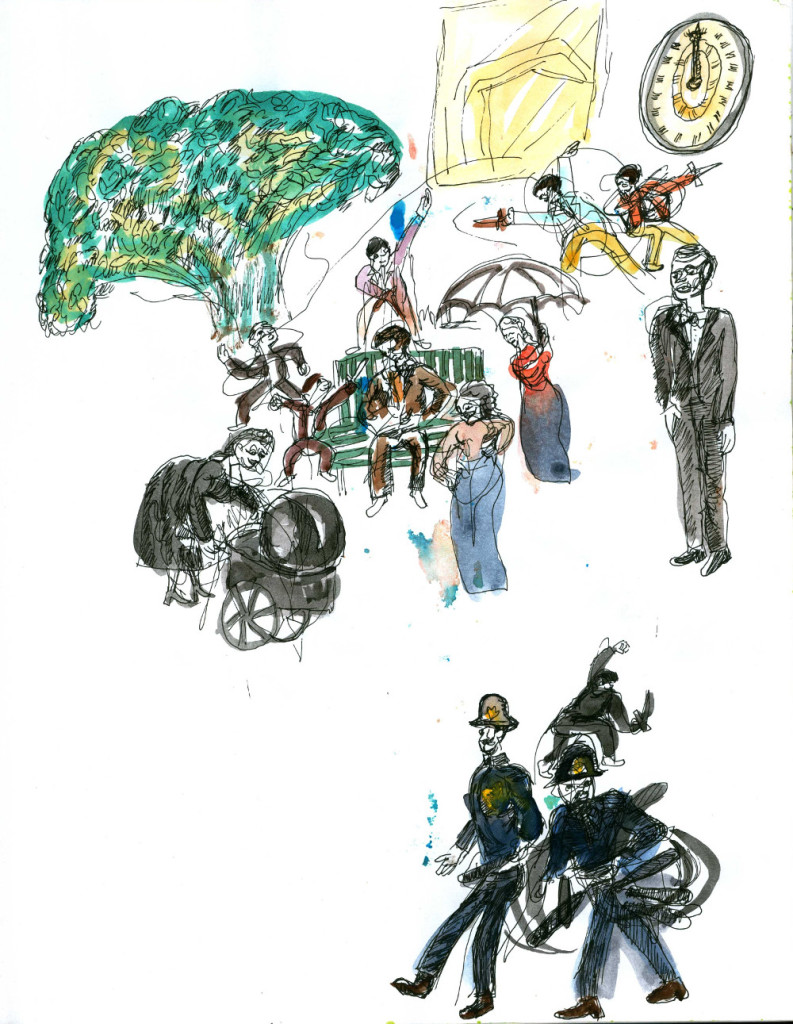 FINDING NEVERLAND opens with a song about London sets up the whole idea of this creative place, this great place, called LONDON! The artist unhappy with his work tears it up, because he has a change of heart, he says to Mr. Frohman, played by John Davidson. They need a new production to save the theater. 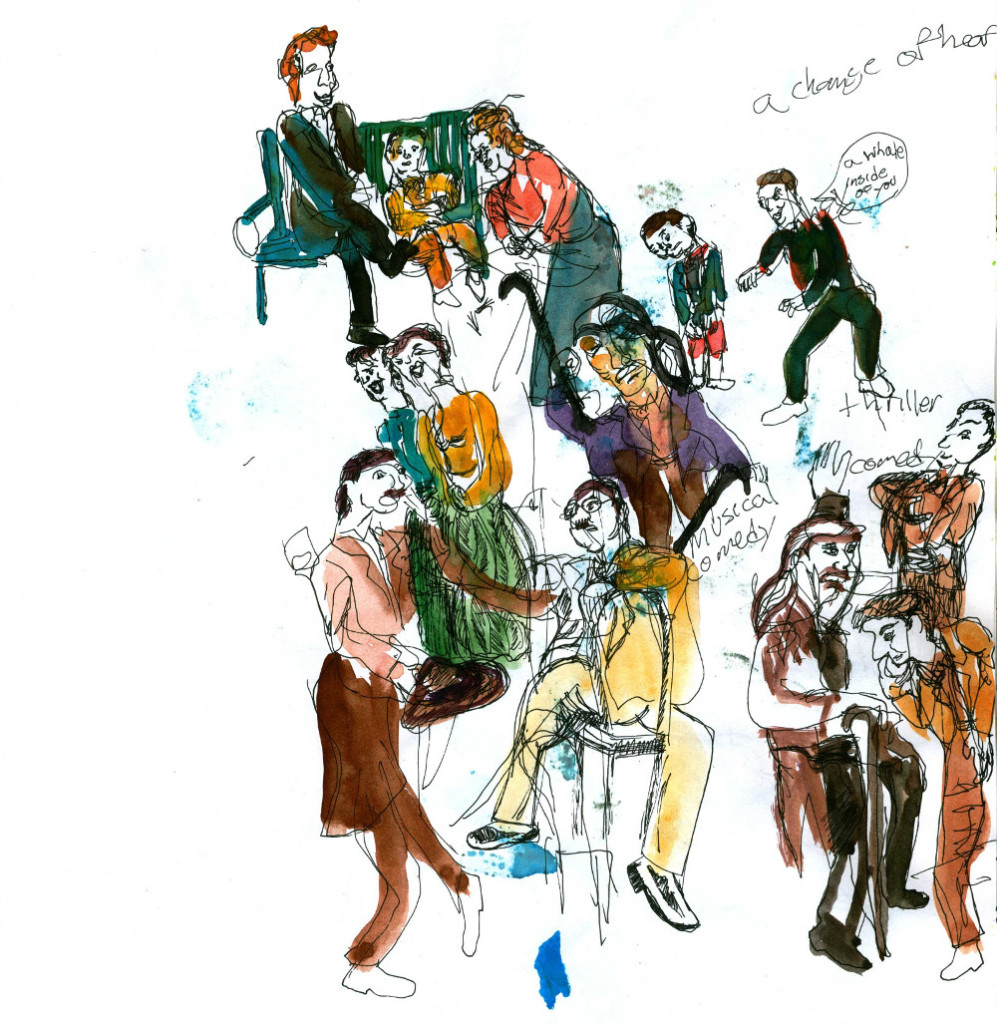 This parallel to the actual story of Peter Pan and show biz is the childhood wonder Lael Van Keuren was talking about in her interview with Phindie: “I think there was a time for each of us when we viewed the world with childlike wonder and hope, and leapt heart first into each new day! Peter Pan very much represents that time “where boys could fly, and children fought with pirates,” as J.M. Barrie says in the show.”

“Inspiration in Imagination” is about remembering how imaginative we were as children and J.M Barie, played by Billy Harrigan Tighe, cultivates a renewed love of art through playing with the children. 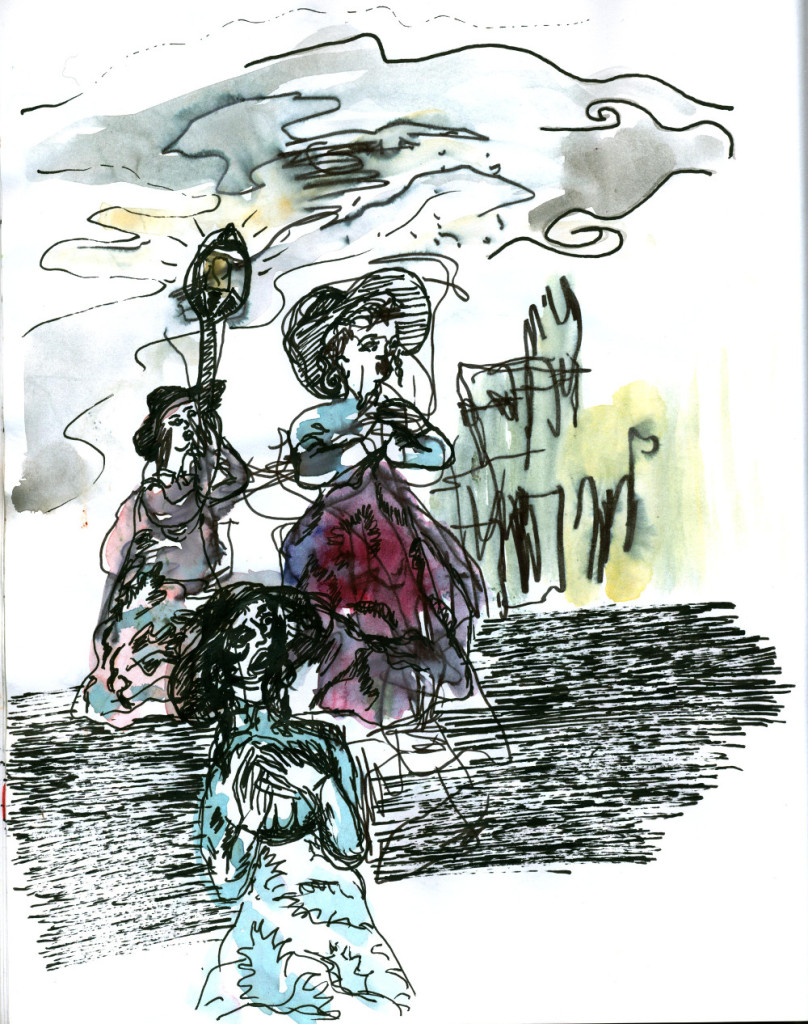 At the same time, Silvia is dying, and her solo is a deeper and darker reality. 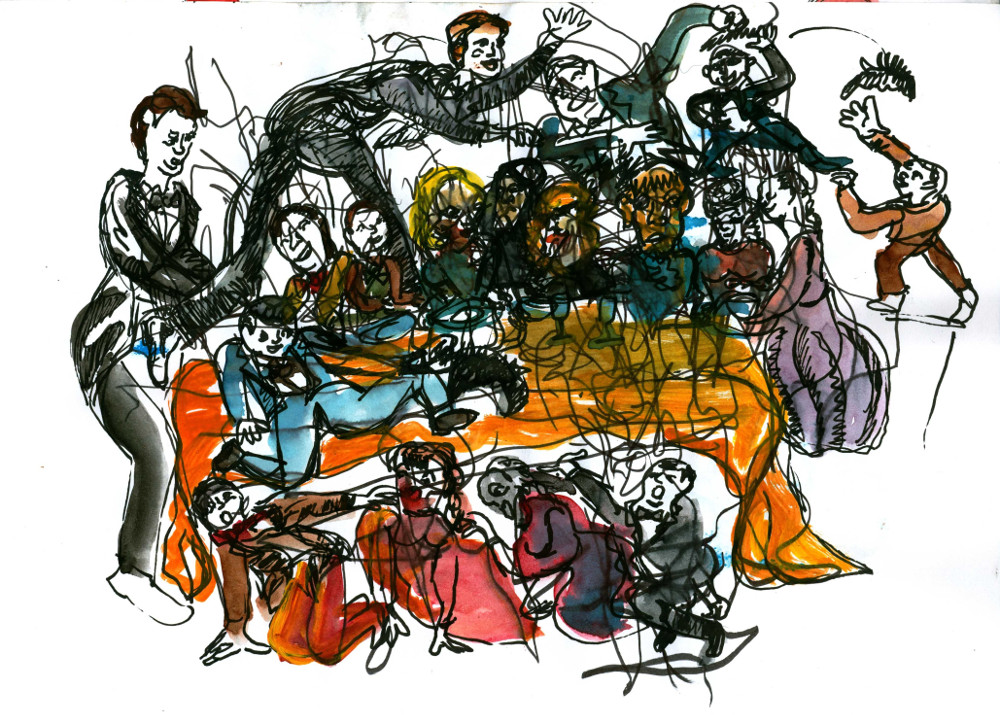 The dinner Party is a classical catastrophe when children and adults clash.

The images of Peter Pan and the pirates are a fantastic, Hook and Mr. Frohman is strange feeling that we know this character and how it crosses over into our own lives. 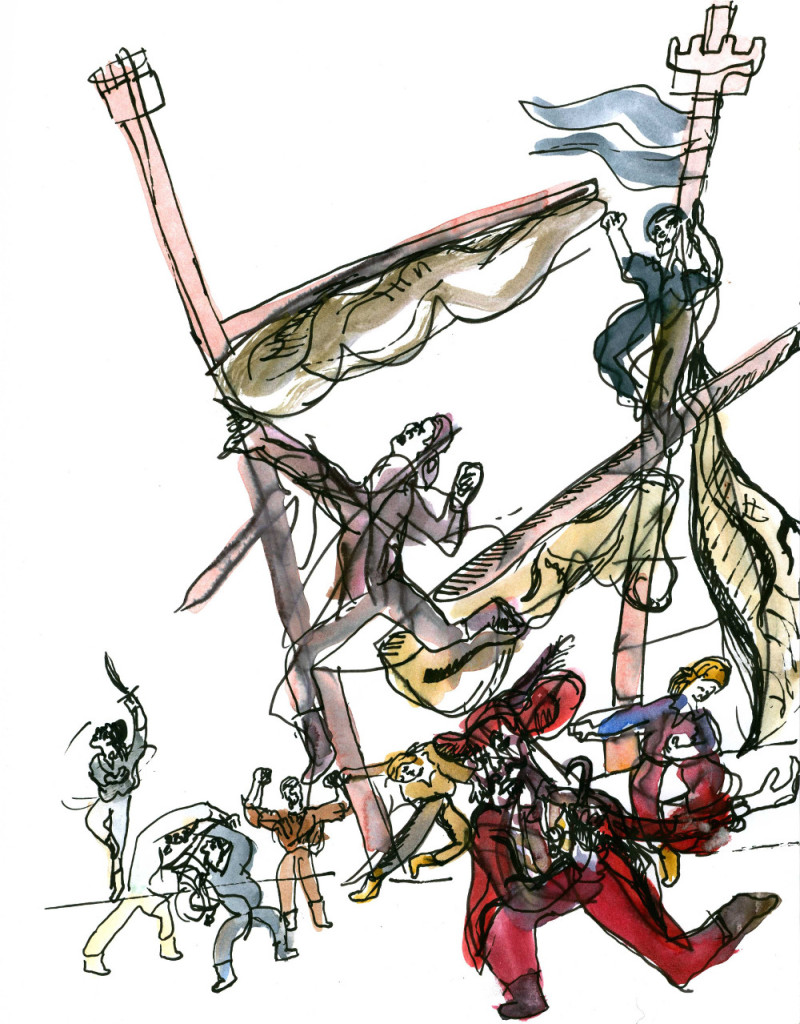