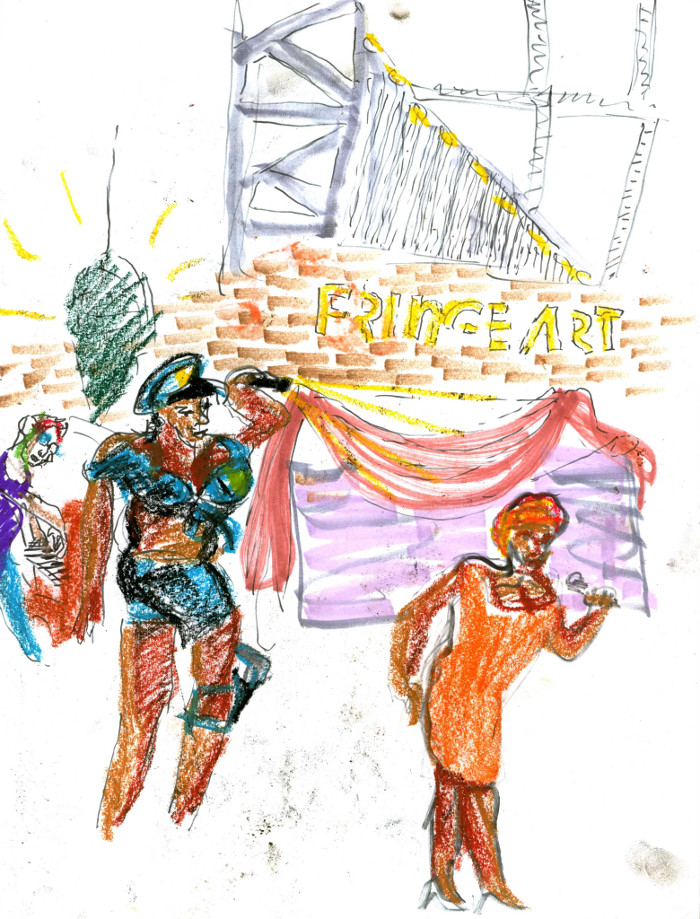 Host Jennifer Kidwell entered the Fringearts La Peg restaurant with a flashlight and wearing a police uniform, saying she got a call on the radio that there was a party. There must have been a noise complaint. A Rihanna song about killing someone on the train platform was reworked to ask the question about why we have to be reminded that black lives matter.

Next Up was Cookie Diorio whose most recent show, Art of the Heel is working with charities to raise awareness for violence against gender, a youth home, and Pennfuture. The song that raised my attention was when Cookie said, “I am not asking you to lie next to me, but don’t judge me.” Her Cleopatra themed dress was radiant, and with a quiet voice, a small stage, Cookie is very humble.

Jeniffer Kidwell came back afterwards with a half pint of Ben and Jerry’s ice cream, while sitting at the bar with a flask, she started singing, happy birthday mr. president.” 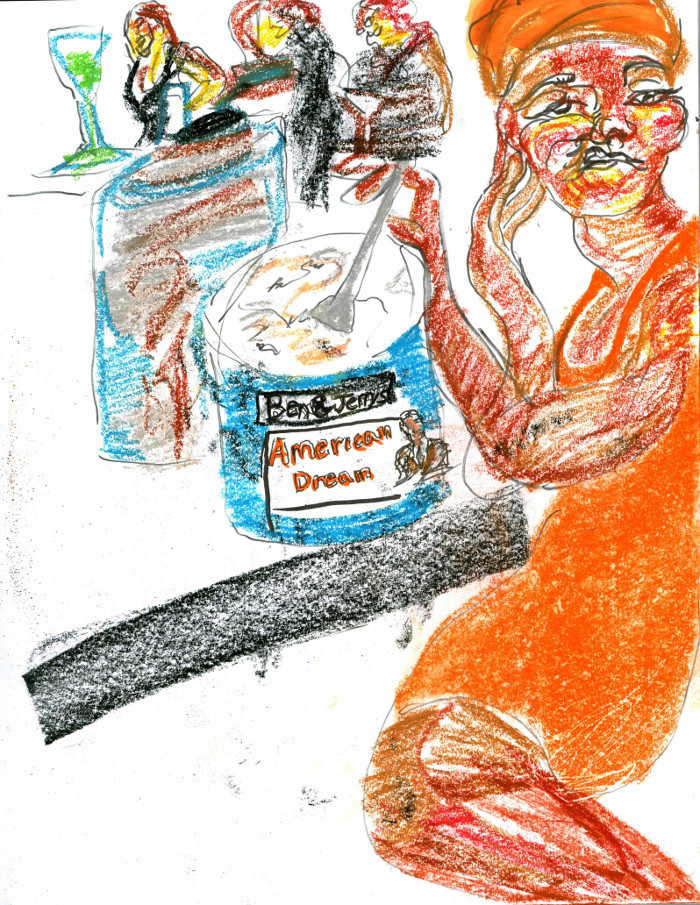 The final act, Angela Dicarlo and The ADD cabaret. These short pieces sung by Dicarlo were catchy and the audience played along. I almost approached Dicarlo, because my sister wasn’t invited to our cousin’s wedding, and she had the perfect song about not being invited to “her bitch sister’s 2nd wedding!”

Next month’s Get Pegged by the Bearded Ladies comes to FringeArts December 15, 2017.