Lael Van Keuren and the cast of Finding Neverland fly into Philadelphia over the Thanksgiving holiday. Van Keuren stars as Sylvia Llewelyn Davies in the current national tour. Based on the Academy Award®winning film of the same name, Finding Neverland is the magical show that tells the story of playwright J.M. Barrie as he finds the courage to become the writer, and man, he yearns to be. Barrie finds his inspiration when he meets the beautiful widow Sylvia and her young sons. 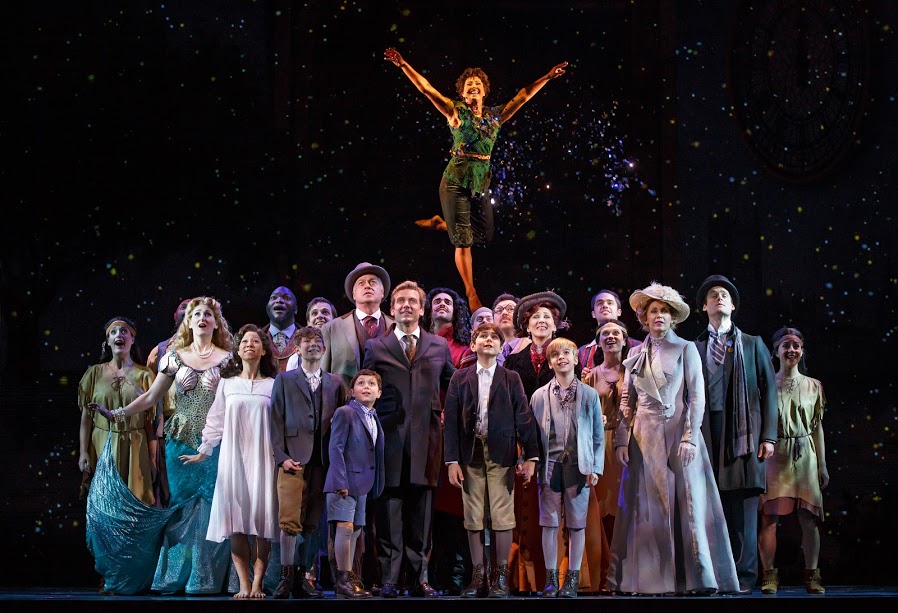 Debra Danese: Sylvia is a widow and mother of five boys. What appealed to you about playing this character?

Lael Van Keuren: What I love most about Sylvia is how different she is from the women of her time. We’re in London, in 1903, and yet she doesn’t care what people think about her. She is playful and open and she leads with her heart. She has this incredible courage and resilience, and her sole mission in life is to provide her children with every source of happiness available to her. I think every mother can relate to that.

DD: Audiences continue to be captivated by the story of Peter Pan. Why do you think it holds such fascination?

LVK: I think there was a time for each of us when we viewed the world with childlike wonder and hope, and leapt heart first into each new day! Peter Pan very much represents that time “where boys could fly, and children fought with pirates,” as J.M. Barrie says in the show. Finding Neverland is so unique because it tackles both unspeakable sadness and unbridled joy, moments where there are simply no words, and moments where the entire company is singing, “Believe and you will FLY!”

LVK: I have so many favorite moments! Every night is different, and this entire cast is so exceptional. They make every moment special. I love tucking the boys into bed and singing Sylvia’s Lullaby to them every night. I love listening to Billy (our J.M. Barrie) sing “Neverland.” I love watching Peter and Wendy soar across the stage. I could go on and on.

DD: You have appeared in numerous musicals on and off Broadway. What have been some of your favorite roles?

LVK: Aside from playing Sylvia, my favorite role would have to be Sister Mary Robert in Sister Act. I understudied the role on Broadway and played her on the 1st National Tour. That character was a total gift to play!

DD: Do you have any pre-show rituals?

LVK: Before every show, I like to do a total body warm up – stretching, planking, some form of cardio to get my blood pumping, a good vocal warm up. I drink lots of water and tea. I also like to say a prayer for my cast, crew, orchestra, and for the audience that’s about to see our show for the first time. One of my favorite things about live theatre is that it is a shared experience, and each show is different because each audience is different. It’s an absolute dream to be sharing this story all across the country, and I can’t wait to be back in Philadelphia!