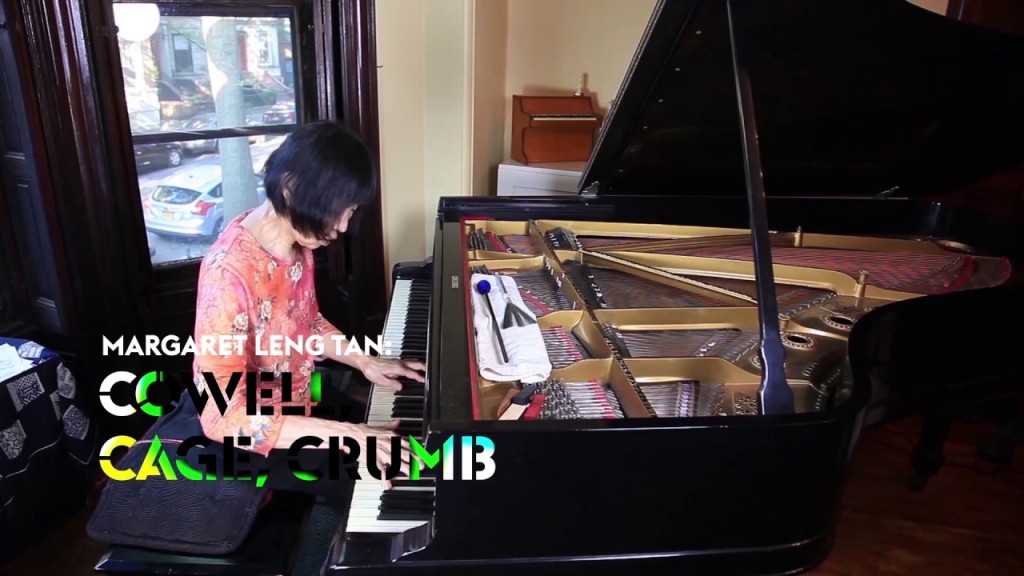 The Barnes Foundation is sponsoring a very high-level series of musical performances, which connect visual arts and music. Robert Whalen and his wife, Katherine Skovira, who are music directors for the Barnes, have put together programs which are inspired by visual arts – bringing the images to the fore within the abstract aura of music.

If you were hoping for a cozy little concert with harpsichords and Mozart, this series is not for you. Last Wednesday’s concert, sponsored by music enthusiast Anthony B. Creamer, III, was hard core. The musician, Singaporean Margaret Leng Tan, is a formidable pianist who has devoted her performances to nonconventional modern music.

The program was entitled Cowell, Cage, Crumb – Pioneers of the Avant-Garde Piano. Tan performed John Cage’s long piece for prepared piano, The Perilous Night, which he wrote in 1944. Cage, known for his unconventional gimmicks, created this piece of relatively conventional sounds, excepting the bell-like sounds produced by the prepared instrument, and he ended it in a sort of rock rhythm and tunefulness that was a harbinger of the 1950s American popular style.

Tan also played four pieces by Henry Cowell, John Cage’s teacher.  The compositions were haunting, the bass chords of The Tides of Manaunaun (1917), the gusts of glissandi which Tan produced by using a tumbler on the strings inside the piano for the Aeolian Harp (1923), the keening of The Banshee (1925), and the Advertisement, listed as 1914 and 1959, which had many many similarities to the style of Francis Poulenc.

George Crumb was in the audience for the Philadelphia premiere of his latest work, Metamorphoses, Book 1 (2015-2017) for amplified piano, toy piano, auxiliary percussion, and voice.  (Note: all of these implements were used by Tan alone – not an orchestra.)  This work was written as homage to ten of Crumb’s favorite art works. The projection of the art works was prepared by Monica Duncan, who presented first the actual work, then other images related to the work.  Exempli gratia, Duncan showed a picture of Vincent van Gogh’s Wheatfield with Crows (1890) and shortly thereafter projected an image of a crow’s wing which was definitely NOT van Gogh’s pencil-squiggle crow style.

Tan employed many implements and instruments to create the sounds Crumb composed: mallets, glass tumbler, a wire brush, a small chain, wood blocks, a yarn mallet, and her own voice.  For The Persistence of Memory (1931) by Salvador Dali, she played Amazing Grace with one hand on a toy piano and hummed the tune one note behind what her fingers were playing. During the ten pieces, she also cawed like a crow, wore a clown nose for Clowns at Night (1957) by Marc Chagall and played a huge number of notes, stooping down to set the pedals or leaning in to arrange her score inside the open lid of the grand piano between movements.

Tan’s elegance and poise and the appeal of the clear enunciation with which she uses her rich alto voice are quite striking. Her knowledge of avant-garde music and her devotion to its performance is vital to making these works known to the public and the beauty of her voice added yet another dimension to the panoply of sounds and images that washed over the audience.