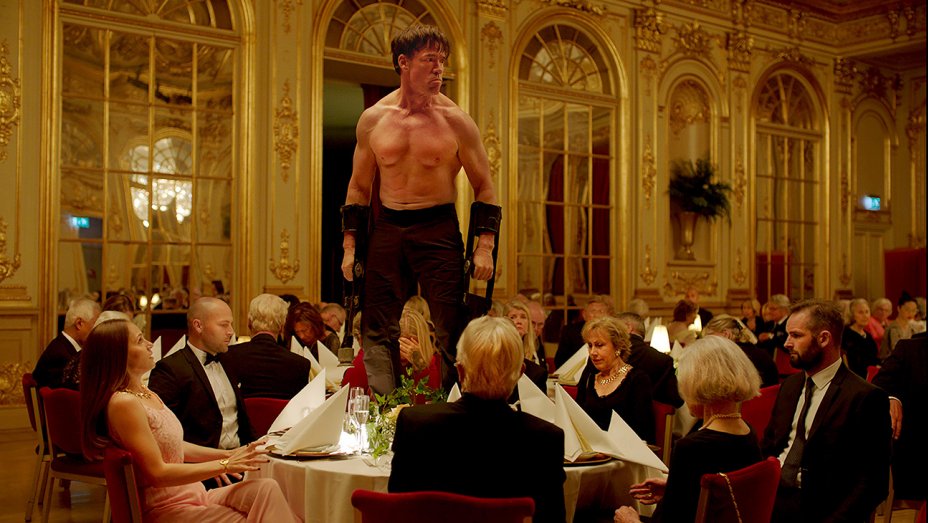 Fans of Östlund’s previous film will be somewhat familiar with the filmmaker’s brand of comedy. But while Force Majeure based its awkward humor in emotional repression, The Square uses the same brand to explore the ridiculousness of ‘high class’ expression.

The story is set primarily at a modern art museum, in the days leading up to the exhibition of their newest piece, ‘The Square.’ The piece consists of an illuminated square with a plaque claiming that all who step within its boundaries are equals. Anyone standing within its borders can ask for help without shame and expect to receive what they request. The idea being that if it’s easy to establish rules of conduct and kindness within a small piece of real estate, why couldn’t we make area even bigger? Why not have its borders encase the entire world?

It’s idealism at its most believably absurd, and in a comedy all about demonstrative charity and the egotistical need for affluent eccentricity, it’s a killer starting point.

The Square uses its behemoth length admirably, packing so much absurdity into every moment that it’s often not until well after said moment has passed that anything bizarre even registers. This is due to the committed (and oddly realistic) performances, as well as Östlund’s assured directorial hand. In a single scene the viewer can be just as wowed by the content as they are the look, while also being offended (in a fun way) at finding themselves on the receiving end of some pointed satire.

As someone who ‘gets’ art-house cinema, I’ve never felt so welcomed by a film so interested in mocking me. It’s beautiful like that. Seeing this with a festival crowd consisting predominantly of elderly rich couples was truly unforgettable. Watching my fellow audience members being made to laugh at themselves both was a true delight.