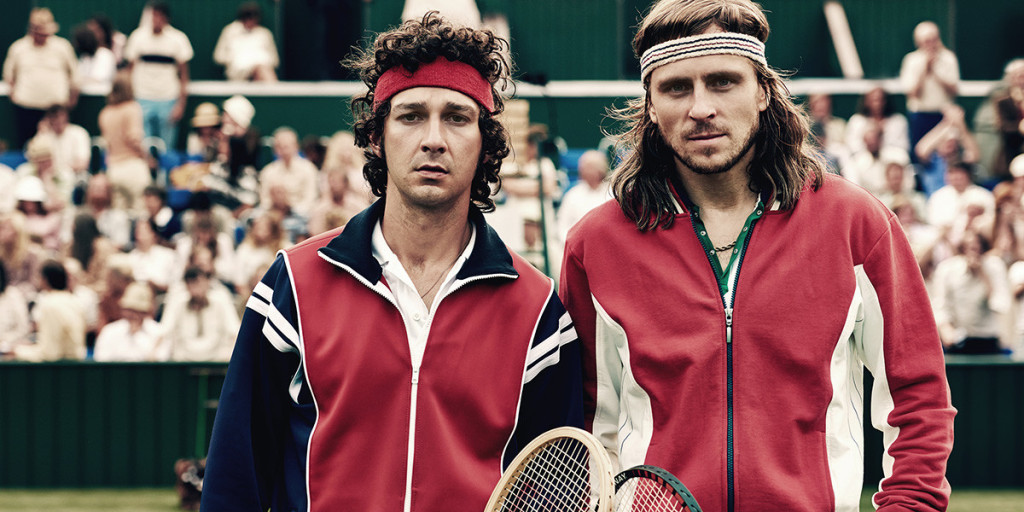 Fitting that the festival which began with I, Tonya should end, at least for me, on a similar note with Borg McEnroe. While not as heightened for the purpose of comedy as I, Tonya, this fiery little sports drama scratches many of the same itches. And much in the same way the opening night film succeeded at making figure skating cinematic, so too does Borg McEnroe in its handling of tennis, a sport with such an oddball scoring structure that evoking tension from montaged portions of a match should be all but impossible.

I went into this one with very little knowledge of the famous Borg v McEnroe throwdown at Wimbledon (and really very little knowledge of tennis on the whole), but my general ignorance didn’t serve (ha!) as a hurdle in any way. Ronnie Sandahl’s script manages to bring newbies into the fold without being so overly expository as to scare off consummate fans. In this way it’s quite similar to your typical boxing picture, complete with training montages, personal baggage, and the “one match to end them all.”

For those not in the know, in 1980, 24-year old Swede Björn Borg was chasing his fifth Wimbledon win. He was ranked the best tennis player in the world, known for his closed-off, all business demeanor. However, this year’s tournament would mark the first showing from John McEnroe, an undeniably talented American known for being brash, disrespectful, and aggressive. The press leading up to the tournament stoked a media firestorm, hyping up this potential throwdown in a way not often seen in the world of what’s typically considered a “gentlemen’s game.”

Metz’s film bounces back and forth between the lives of each player in both the present day and in their childhood years, where we learn that their playing styles and personas are a product of much more than just their own passions.

Borg McEnroe falters a bit in that its ambition outweighs its ultimate scope. Meaning that the film seems to present its dramatic findings as considerably deeper than what actually manifests on screen. That said, it features two incredible central performances. Say what you will about Shia LaBeouf, but the dude can act, and he is perfectly cast here. He has an intensity and a chip on his shoulder that makes his take on McEnroe unmissable.

Equally outstanding is Sverrir Gudnason, a relative unknown here in the states, as Björn Borg. It’s not easy to use silence to portray passion, but he does it here on a level that rivals (and may even best) Daniel Brühl’s under-appreciated work in Ron Howard’s thematically adjacent Formula Racing drama, RUSH.

If you find yourself interested in this film, do yourself a favor and avoid reading too much about the real-life match. It’s better not knowing who wins. And once it’s done, do what I did and look up the footage. Prepare to be blown away at how well it was recreated.