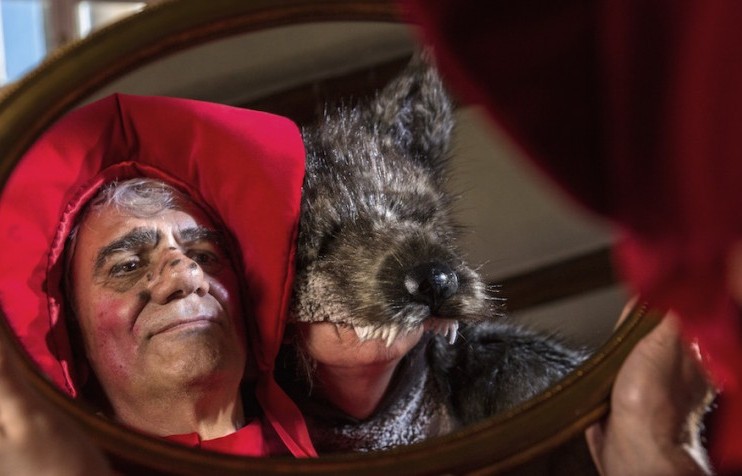 Spoor has all the makings of a great movie, but fails to pull them together in a satisfying way.

It’s a crime film without urgency; a mystery without mystique; an eco-cautionary tale which doesn’t do any favors to the “let’s make environmentalists look sane” cause. Shame this slow-burn thriller is such a mess, because on a scene-by-scene basis, there’s some primo filmmaking going on here. Janina is a teacher, animal rights activist, and consummate believer in astrology.

She is well-liked amongst the community at large, short of one sect: the local hunters. Janina is very outspoken about her distaste toward government-sanctioned hunts, and how many of those who hide behind the propriety of “deer season” still break the rules regarding what can be hunted when, and what methods are used. So when members of the local hunting community start turning up dead, Janina is naturally the prime suspect. And that’s really it. Spoor features compelling characters, but no real story to highlight their journey. The police procedural aspect of the film lacks punch, while the rest feels like filler.

The characters are without arcs, and the denouement is another one, much like fellow festival thriller Gemini, that is underwritten to the point of offense. You spent over two hours taking me to the most obvious solution? Pass.

The outdoor photography showcasing multiple Polish seasons is a visual feast, so at least there’s that.