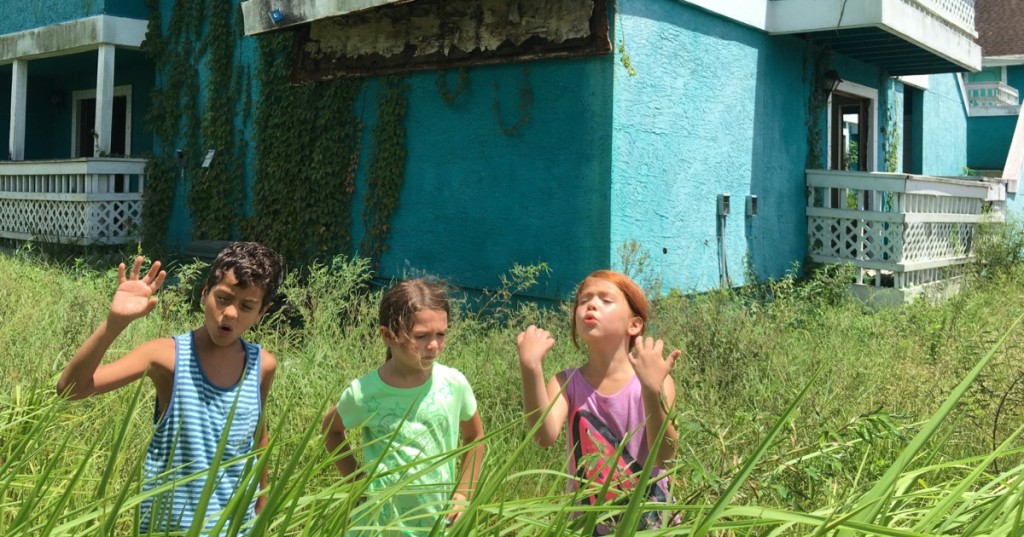 The Florida Project is easily Philadelphia Film Festival’s most buzzed about exhibition. After the runaway success of Baker’s previous film, Tangerine, and the glowing, pull-quote heavy advertising campaign for his latest, it’s hard to find someone who isn’t at least a little bit intrigued to see what the young filmmaker has been brewing up. In speaking of its star, Brooklynn Prince, the term ‘revelatory’ is never far from ‘Oscar.’ Nor is the term ‘humanist’ ever far from ‘Sean Baker.’

I’m pleased to report that The Florida Project exceeds expectations in every way. The buzz is real, and as foolish as it is to predict Oscar winners here in October, I wouldn’t be surprised if this brought home Best Picture. At the very least it will receive a nomination. Even if it doesn’t, no matter. It will undoubtedly go down in history amongst the best films about childhood.

Baker’s filmography tends to dig into the worlds behind the one on display, where real human beings live in an atypical ‘normal.’ The Florida Project focuses on a sect of American homelessness that doesn’t match the stereotype. You see, just outside of Disney World exists a strip of motels, novelty shops, and restaurants which do business by borrowing from the behemoth theme park’s iconography. For example, the central location for this story is called the “Magic Castle,” a candy-colored motel which less savvy travelers may confuse for the Magic Kingdom when booking their trips.

Aside from travelers, most residents of the Magic Castler are homeless families attracted to the motel’s weekly rates. The film principally follows Mooney, a rambunctious homeless child and her friends as they pester tourists and engage in mischief, much to the benevolent dismay of Bobby the motel manager (Willem Dafoe). With most of the parents struggling to make ends meet, it’s Bobby who becomes a source of stability in a small ecosystem always at threat of collapse. It sounds depressing, but Baker’s colorful, energetic style is simply not suited to oppressive drama. There’s a sense of freewheeling fun pulsing through the entire film, but it never overpowers the emotional honesty required to contend with the subject matter.

The film was shot on 35mm film (polar opposite to Baker’s last outing, which was shot entirely iPhone 5), and it shows in every frame. Be it the fluffy clouds hovering over the pastel locale, or the fiery sunsets behind crisp silhouettes, the texture of physical, tangible film brings out a lushness that digital film can’t always capture, and it’s essential in bringing the lens of childhood to life. Unmissable.