Leila and Pantea Productions TURN OF THE SCREW is drama that makes it fun to imagine what there is to see in the darkness. 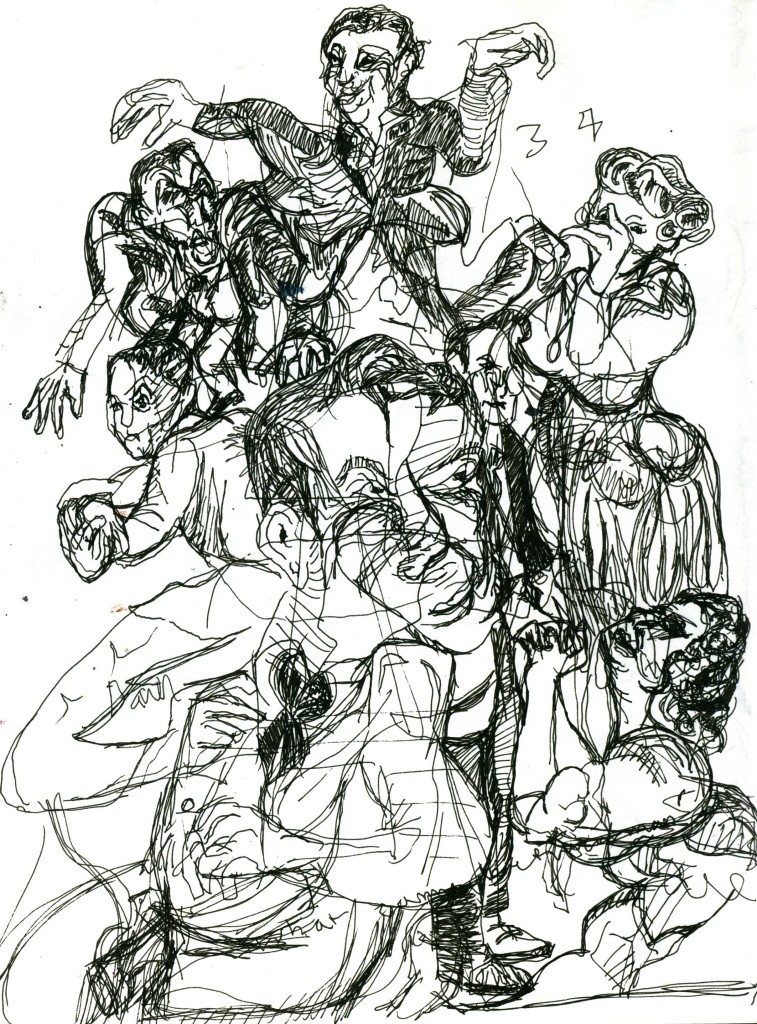 The stage was in complete darkness with candle light, the pale skin of the actors, and an electric blue stage lighting at crisis for the governess played by Corinna Burns. 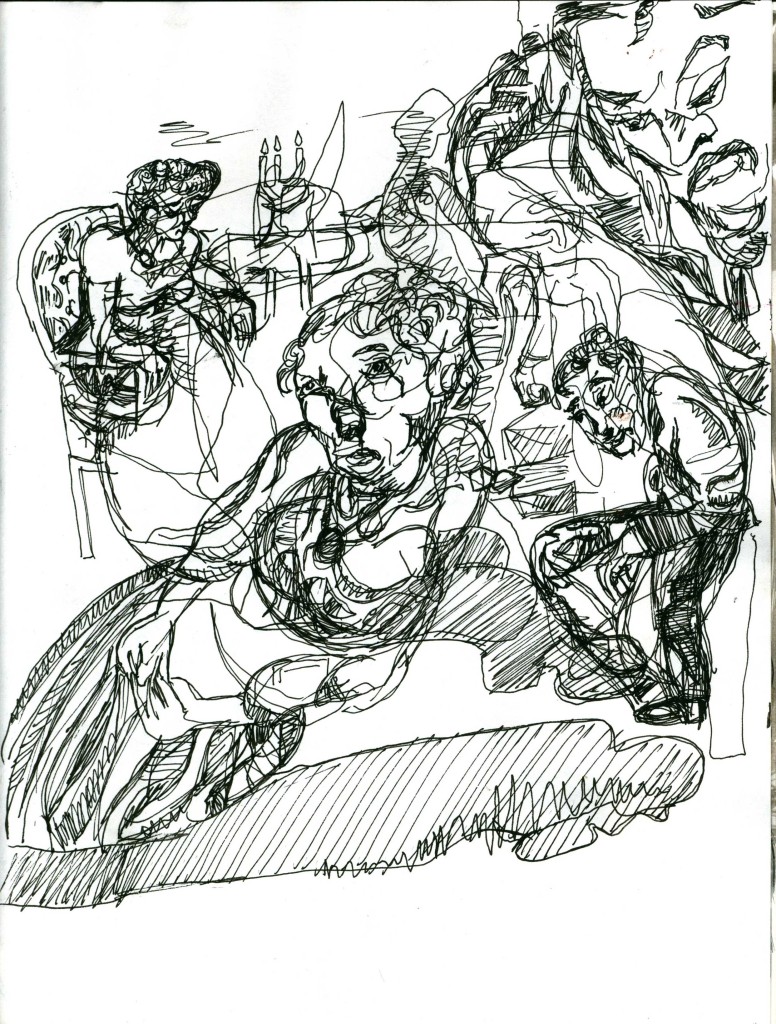 The characters of TURN OF THE SCREW go around for most of the play coming in and out of darkness. They sit down at an imaginary lake and kiss. The play touches on promiscuous and conscientious undercurrents. The stranger that is known as a ghost played by Bob Stineman is a recurring illusion. The players on the stair case or behind the zone of visibility makes out shapes that look like ghosts. The walls and ceiling above the actors showed reflections that I could not believe right away. The stage lighting by Porsche McGovern was playing with the person that is afraid of the dark and thinks they saw something when it was only a shadow or a light reflection. It was helping with bringing the audience and the stage closer. 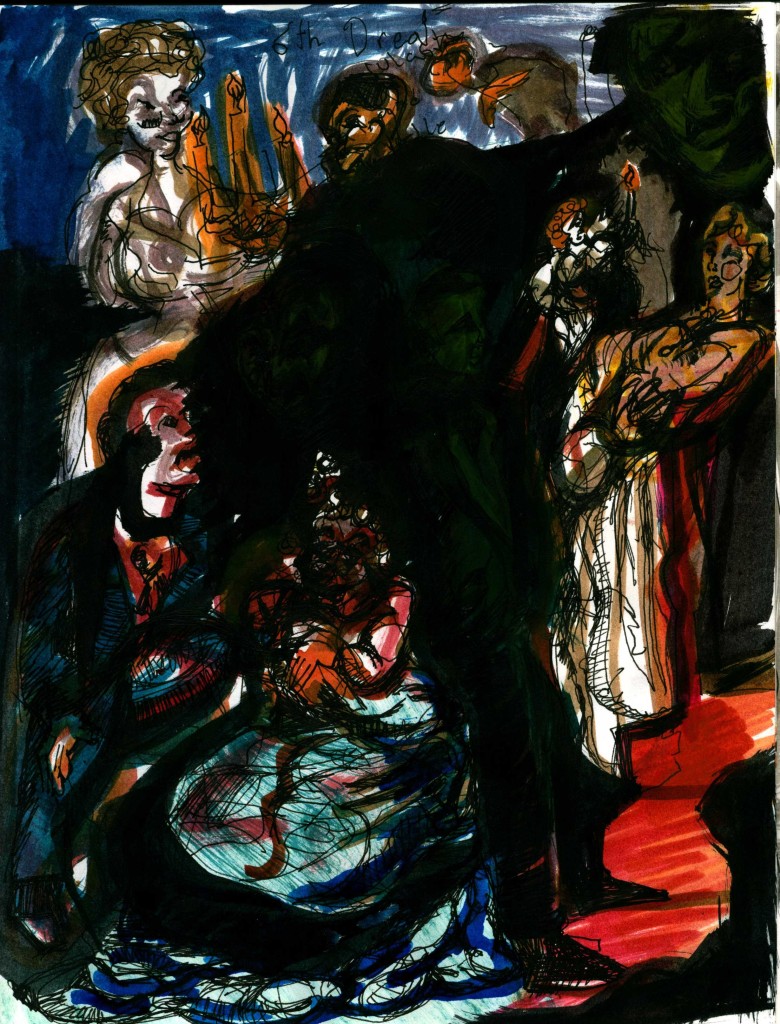 We were all in the darkness together. It was not a scary movie projected on a screen. The darkness became a blanket and Burns approached the audience, while she seemingly chased after Stineman in multiple directions. The fractured character of Stineman is difficult to grasp, and dementia lays in to it, but he is constantly transforming. 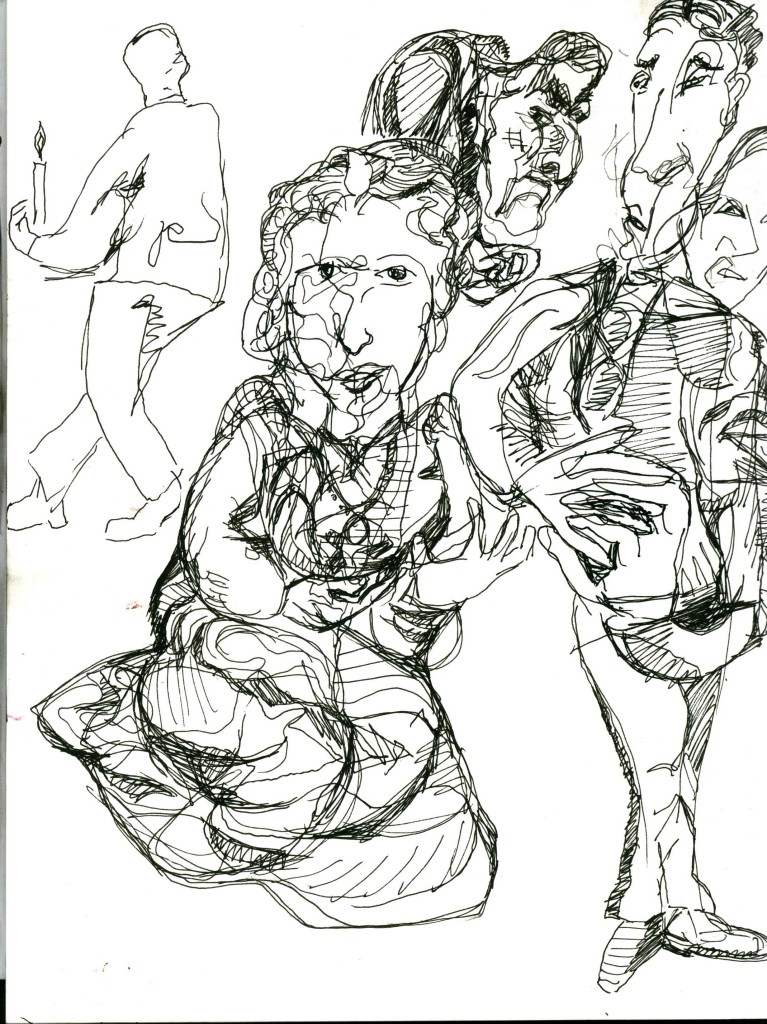