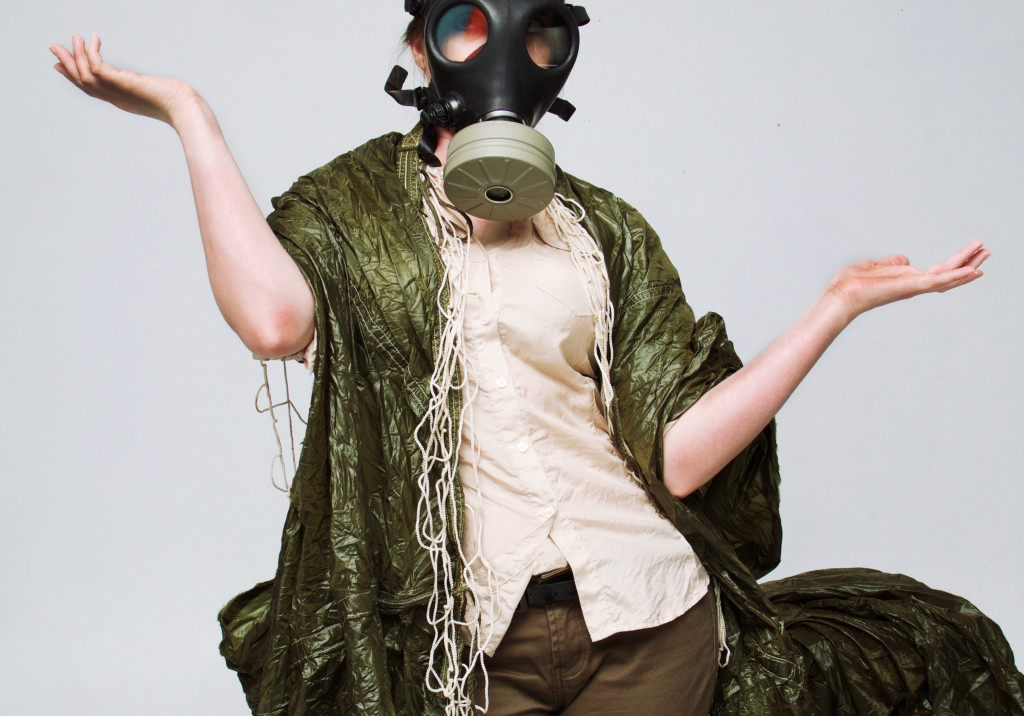 TRIAGE is a loosely formed conceit in which a manic-fairy-pixie host wearing a gas mask prances around, forcing the audience to watch bad improv. It’s as fun as it sounds. We’re sorted in the beginning, but for no purpose. There’s a post-apocalyptic theme the captives/contestants (Beth Geatches and Chris Leone) are unable to weave into any of their scenes. There is no real channel of communication between them or the host so they end up mumbling all over each other. The excellent piano player (Nick Stamatakis) tries to hold the mess together with modal expositions of “The Entertainer”, tap shoe noises, and a somber rendition of “Everybody Dance Now”, but there’s no polishing this…show.

It was kind of a bummer to end such an amazing festival with something so aimless. From the highly produced pageantry of A PERIOD ANIMATE EXISTENCE, to Mary Tuomanen and Chris Davis’s spare and lovely ode to friendship in ALCHEMIST, even just this weekend has been a testament to the level of integrity of art in Philadelphia. Hopefully, in the future, this company will put more effort into the substance, or at least spectacle, of their production.