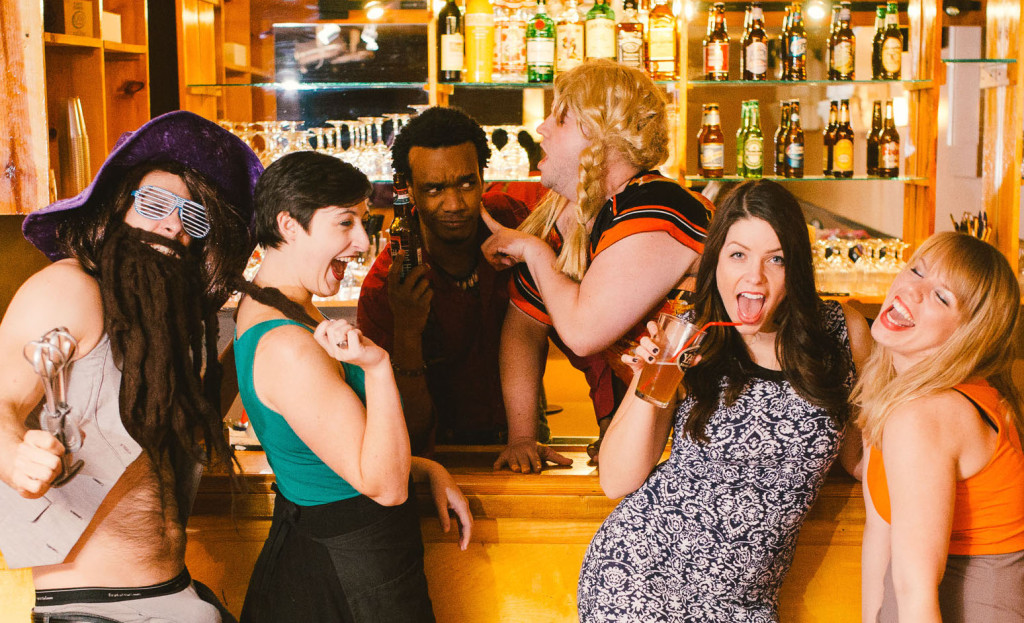 Adios, sucker. That’s the attitude you should have going into BYE BYE LIVER: THE PHILADELPHIA DRINKING PLAY – a sketch-comedy, drinking play designed to get you drunk while making you laugh at the absurdities of over-imbibing. The event takes place outside at Evil Genius Brewery conveniently located under “The El” which is used as a character.  Every time a train passes the crowd raises their glass for a social drink cheering in unison regardless of what’s happening on stage. This interruption is welcomed by the comedians who toast right along as if they are one of the audience.  Recreating the comradery often felt at a bar when strangers buy each other drinks.

BYE BYE LIVER achieves a rarely experienced gender balance, not only in casting, but in topics and spaces explored.  With live guitar playing and singing that moves plot swiftly along in ways reminiscent of the Flight of the Concords.  Accompanied by great surprise characters like the “Fairy Drunk Mother” who walks in holding a wand crafted out of Magic Hat #9 beer cans.  The hilarity of this play is varied and as nonsensical as ordering a Philly Special at last call.  It is meant for the wild ones willing to laugh at embarrassing drunken blunders without judgement.  Make BYE BYE LIVER tonight’s priority as there is only one show remaining!  Trust me, your funny bone won’t be disappointed.