“Denied the simple act of coming up for air … yet still they swim.” – Charlotte Jones 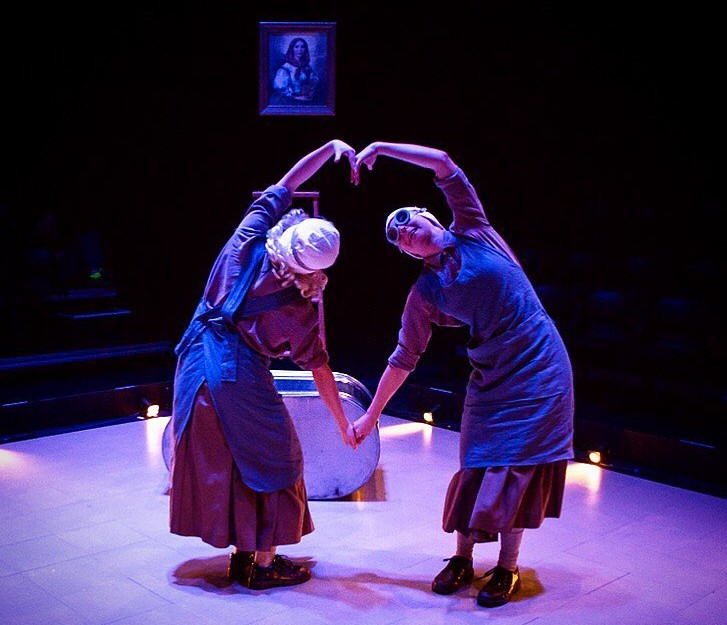 Michaela Shuchman and Michelle Johnson became friends six years ago in Acting 101 at Swarthmore College. Then in 2016, for their senior thesis project, they performed Charlotte Jones’s AIRSWIMMING, which was met with such overwhelming success they signed up for a second run at this year’s Philadelphia Fringe Festival.  Their teacher, Elizabeth Stevens, directed both of these performances. Yielding a rare collaboration distilled through time – from theoretical training, to thesis completion, to a professional staging – they have created a dynamism that’s sure to captivate.

As is the true-story behind the play: Jones wrote AIRSWIMMING after being inspired by a newspaper clipping about two Irish women – Lucy Baker and Annie Kitson – who were incarcerated for being “moral defectives” at St. Catherine’s Hospital.  Little is known about these women other than that they were locked away for 50 years, under the 1913 act, for having children out of wedlock.  Jones reimagined their struggle with keen insight and wit using the hard facts as framework, posthumously providing Baker and Kitson the dignity they were denied all their lives.

AIRSWIMMING opens: “We’re in the trenches,” said by Dora (Michaela Schuchman), a patient who has been there for two years, to her new roommate Persephone (Michelle Johnson).  It is meant both as welcome and warning.  Through intimate entrapment – underscored by a square stage surrounded by audience members – a heartwarming friendship forms, one powerful enough to transcend the insufferable, trite confines of their everyday reality and to expand out along the imaginative wings of their wondrous, resilient minds.  Survival, for Dora and Persephone, is putting on goggles, swimming caps, and singing Frank Sinatra’s “Fly Me to the Moon,” while pushing through the air as if it were water. Afterwards, they defiantly salute the framed portrait of St. Dymphoo – the patron saint of moral imbeciles.  Survival is in the endless retelling of historical stories about strong women, or the dramatizing of Doris Day movie scenes to each other pretending to care for the other’s sake.  Ultimately, Shuchman and Johnson take us through the trenches of psychological warfare with unforgettable performances that can’t possibly be captured here!