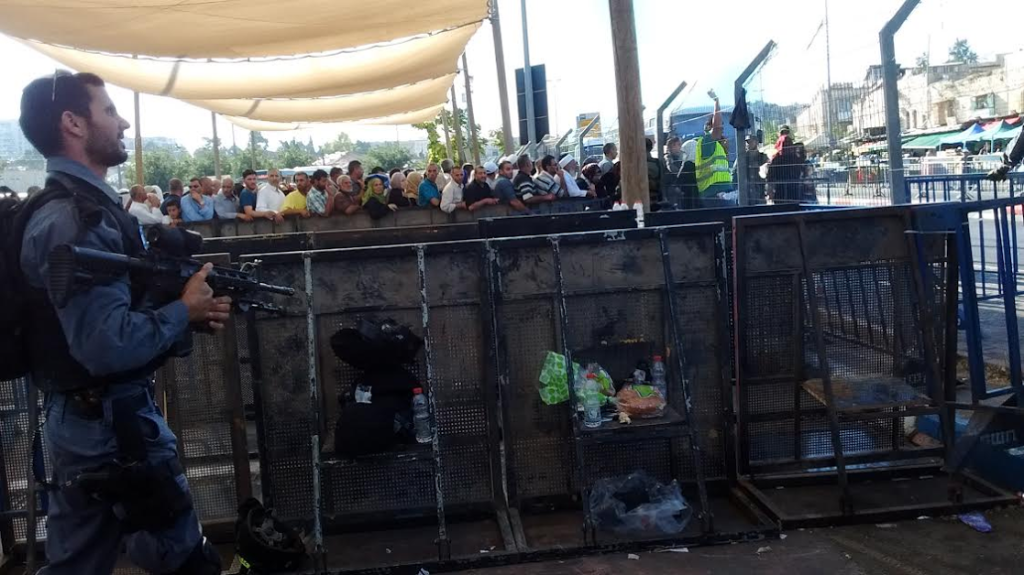 In BAD ACTIVIST: SEX POLITICS, PALESTINE, AND YOU, written by Rebecca Katherine Hirsch of Humble Mumbles, is about a love triangle in Palestine. Two female American Jews meet the promised land, where the narrator (Mina Teitelbaum) nurses a secret infatuation for the other, the eponymous “bad activist” (Shaina Kapeluck). The bad activist is “bad” because she is sleeping with a Palestinian man, Walid (played by Hirsch), who treats her poorly. The two travelers intellectualize and parse their messy relationships through the lens of power politics, discussing the relationship with Walid in the same breath as they condemn Israeli actions in Palestine, and moralizing about their behavior by comparing themselves to Israel.

The story of a third-wave feminist / lefty peace activist unable to resist her essentially Orientalist fantasies, which her practical activist mind stumbles over as “bad” physical desires, presents a particularly relevant exploration today for a relatively privileged audience concerned about how to affect political change. But this gets lost in explanation: the play is far too talky, with the characters reiterating some of the core ideas far beyond what’s necessary. Furthermore, this performance is presented as a staged reading, which the description does not explain; overall, one is left with the impression that this is a work in progress, not a finished piece.