Asya Zlatina and Dancers flesh out Gustav Holst’s powerful Planets Suite, coming up on a 100 year anniversary of its 1918 premier. The characters in “STORM” exhibit extreme emotional states, but ultimately represent the varying beautiful and petrifying emotions which can all be found in a single human being. See the last two shows at Performance Garage today, September 17th at 2:30pm and 4:30pm. See more sketches at thesketchbookreporter.com. 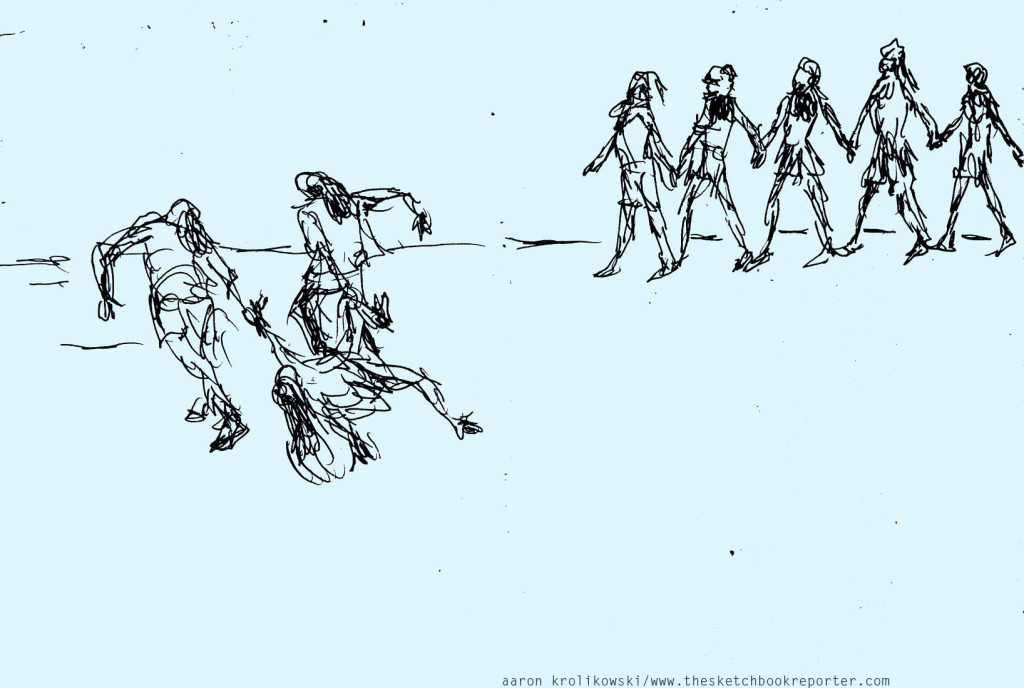 Mars: Ani Gavino is dragged off to war.

Jupiter: Sophie Malin gets close to audience with her exuberance.