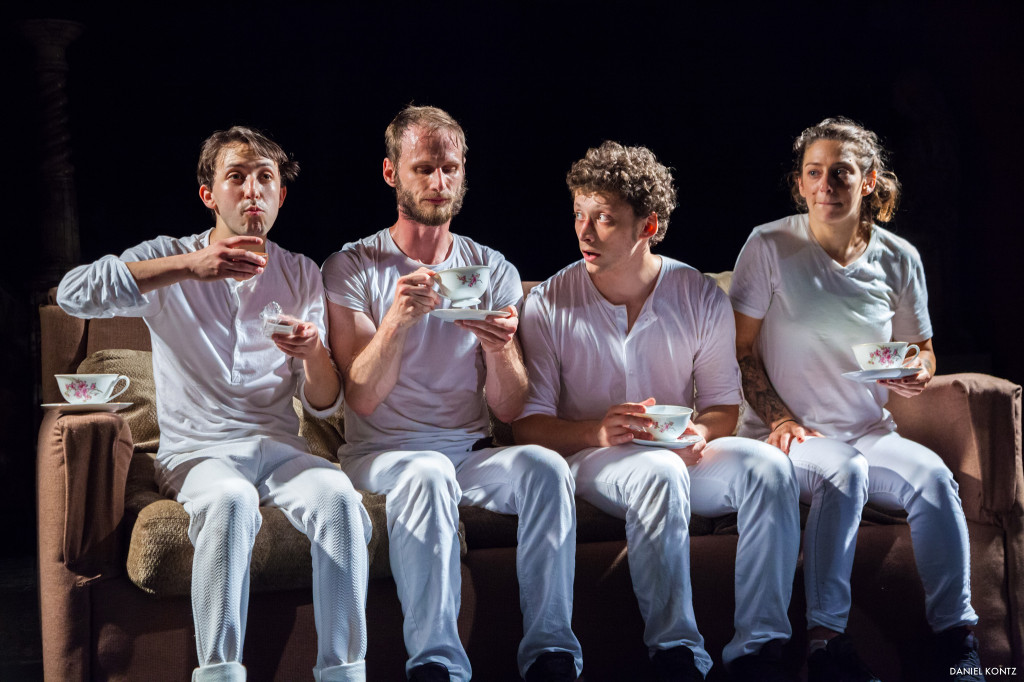 The 2015 version of LEAPS OF FAITH AND OTHER MISTAKES was Almanac Dance Circus Theatre’s strongest production to date. Their reworking for the 2017 Philadelphia Fringe Festival is even better.

The concept remains the same: four seafarers embark on a voyage of escapism and mutual self-discovery, expressed through the breathtakingly impressive acrobatics for which Almanac is known. This production sees the original creative cast — company members Nicole Burgio, Nick Gillette, Ben Grinberg, and Adam Kerbel — collaborate with a new cowriting director (the supremely intelligent Annie Wilson) and musician (Mel Hsu). In swapping a playwright (Josh McIlvain provided witty coherence to the original iteration) for a choreographer as their principal collaborator, this LEAPS OF FAITH is predictably less text-heavy. Instead it focuses on communication through movement, a discipline in which Almanac excels.

Hsu’s hypnotic live-recorded loops of cello and voice build tension as the team explore such issues as time passing, endurance, the things we miss, and group dynamics. They make creative use of  gallery space of the Painted Bride Arts Center, staircase and all, with creative design by Clancy Philbrick (who has an exhibit upstairs) and Robin Stamey. The thoughtful framework amplifies without overwhelming the impressive balancing acts, leaps, and tumbles. It’s beautiful. It’s cool. It’s “wow”.