“Wouldn’t it be nice if now could be always?” -Wendy MacLaughlin 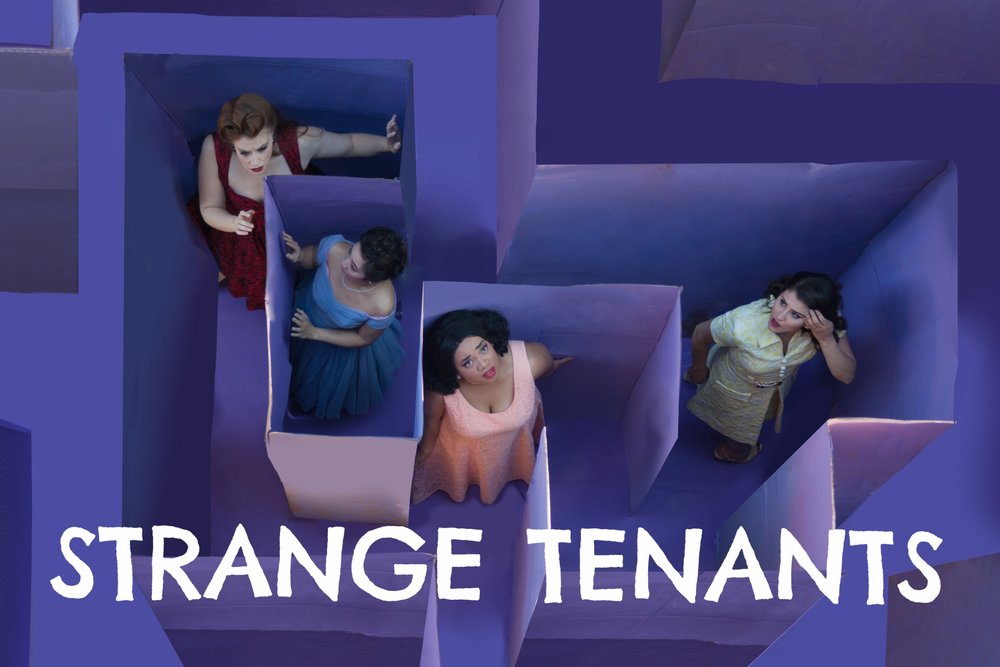 Each of the four main cast members is as strong a performer as the other: their acting is over-the-top, their movements synced by real connection between them. Bi Jean Ngo as Honey and Merri Rashoyan as Shannon-Lee are hilarious in their wildly inappropriate exercise sequence. Tess Kunik as Faye mangles her face and uses all of her long limbs to switch instantly from horror to hysteria. Nia Benjamin’s Enid is an uncomfortable hyperbole of happiness, until she projects the even more disturbing intensity of Natalie’s brother during a terrifying role play.

The ambiguity of the movement, the deconstructed set (Kevin Meehan) and props, and the too loud but appropriately weird sound design (Alec MacLaughlin) all come together to create a bizarro Hitchcock feel. The script, however, is a bit pat at the end. Everything is summed up and explained quickly, and then the subject of race is tacked on. Throughout the entire show the multi-racial cast indicates difficulty dealing with sexuality and gender, but there’s no talk of being a person of color in America in the fifties. They even accuse Enid, who’s black, of having no adversity her whole life. Fortunately, the final scene brings back the campy horror that drives the rest of the show in a big way.