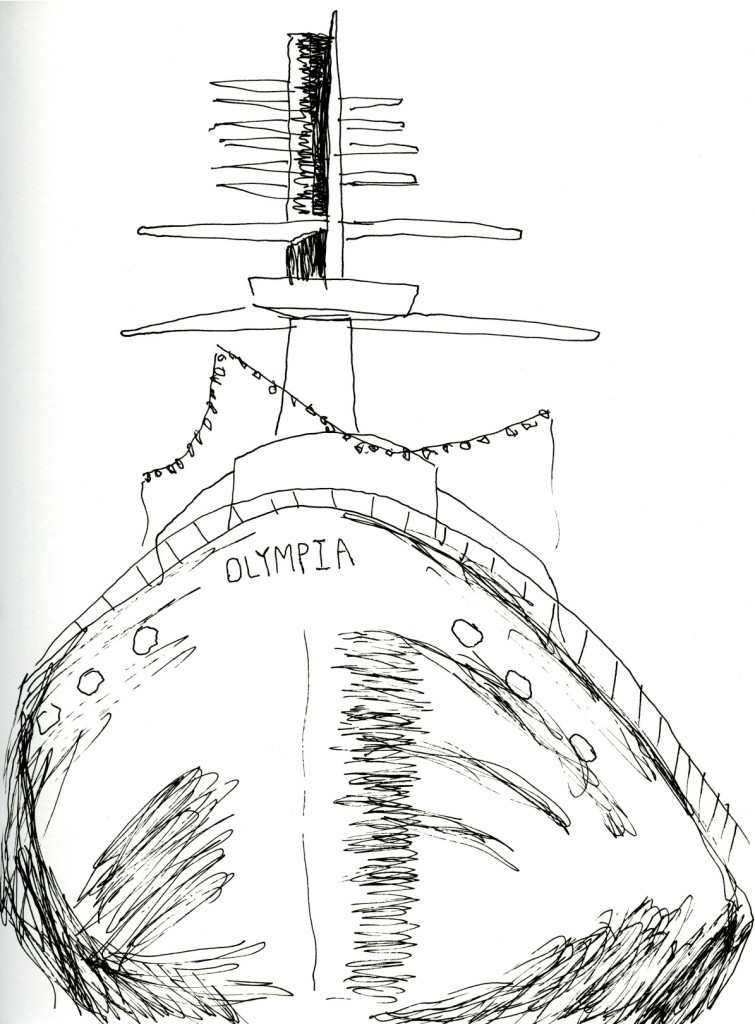 Hurricane Harvey battered the coasts of Texas and Louisiana. Hurricane Irma was destroying entire islands in the Caribbean, and moving towards Florida. So even before stepping aboard the USS Olympia, the oldest steel ship in the world, to see the very first performance of the Philadelphia Artists’ Collective’s production of Euripides’ IPHEGENIA AT AULIS. I could not help but note just how serene the Delaware River was, and how lucky I was to be alive in 2017 to see a play written in 406 B.C, performed in the mid-deck of an actual ship on calm waters. 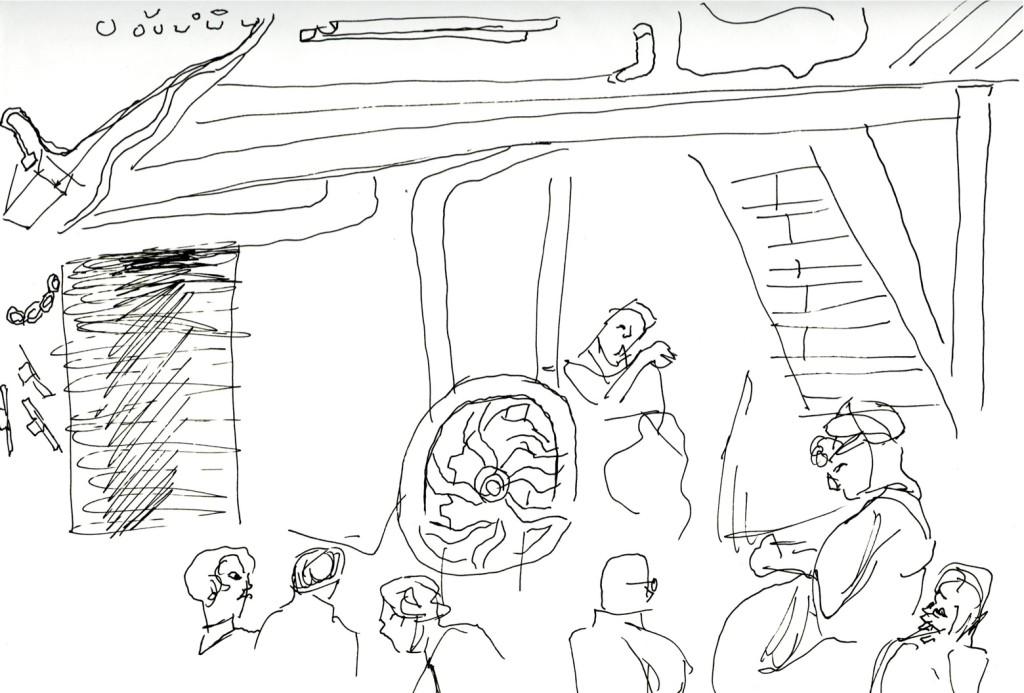 Perched in their given spots, Stephanie Iozza and Peggy Smith emanate Betsy Ross-Revolutionary-strength as sewing-singing-lady-chorus throughout the duration of the show, buoying the entire production. 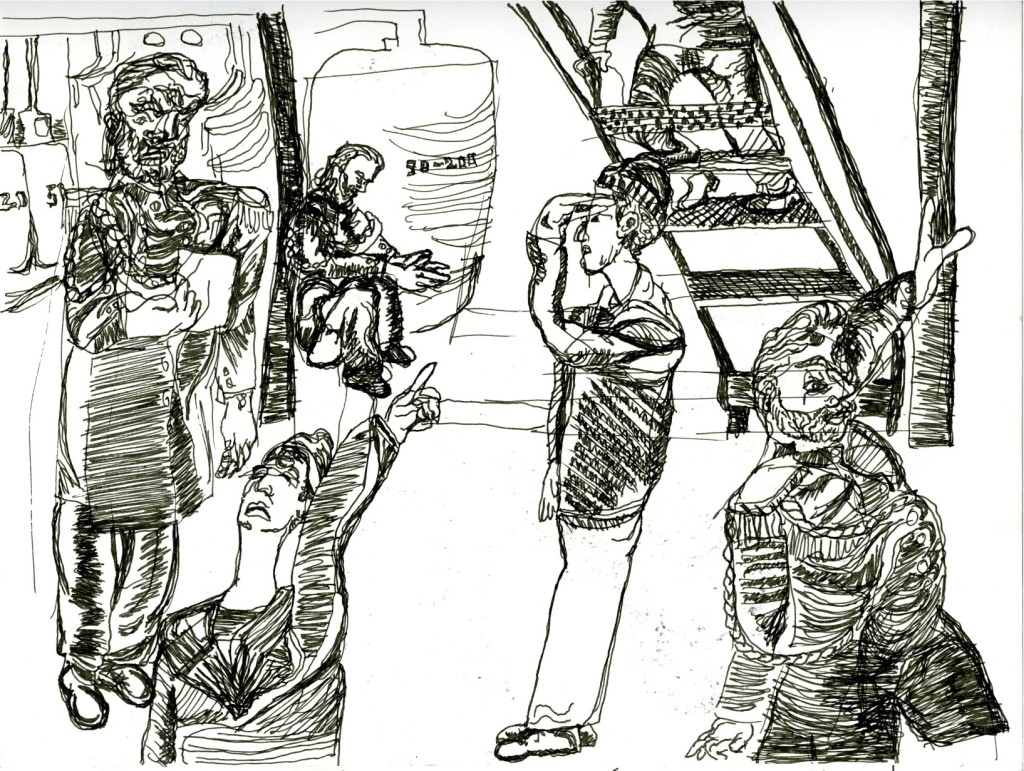 Nathan Foley is graceful, and tall as Greece’s Commander-In Chief, Agamemnon, but the low ceiling of the Olympia’s middeck seems to weigh heavy on his stately, decorated shoulders. As gorgeous as Florence Stawell’s 1929’s translation of Euripides final play is, the richest moments of this production are found in the pockets of silence. When Foley takes a breath, we get to see that Agamemnon is merely a man; vulnerable to the elements in the midst of a war.

His overarching obstacle is that he made the goddess Artemis angry after killing a deer in a grove sacred to her. So in order to retaliate for the dead deer, Artemis has stopped the wind from blowing, thus blocking Agamemnon’s fleet from sailing to Troy to save Helen (of Troy). 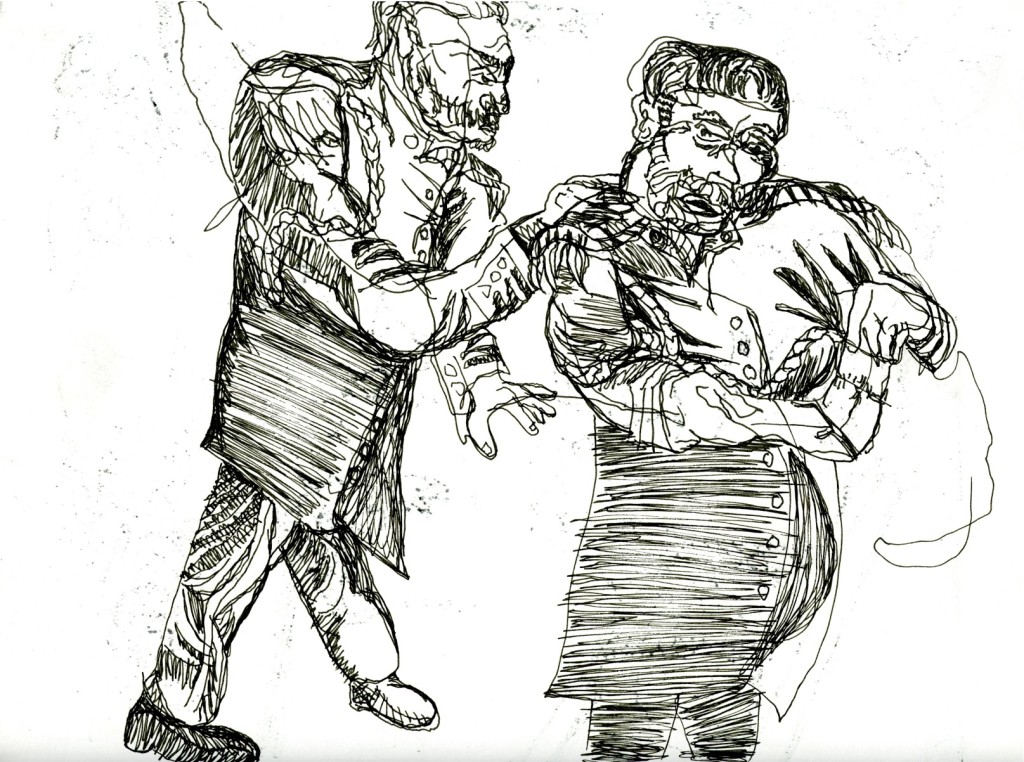 In order to make the wind actually blow again, Agamemnon must kill his own innocent daughter, Iphigenia. Becca Khalil’s Iphigenia is as captivating as kitten, and as Stanislavski said in An Actor Prepares (and I’m paraphrasing because its been a while since I read that book): “there is nothing more interesting to watch stage then cat or kitten.”

Text by Jess Foley from Foley Got Comped. Read her full review here.